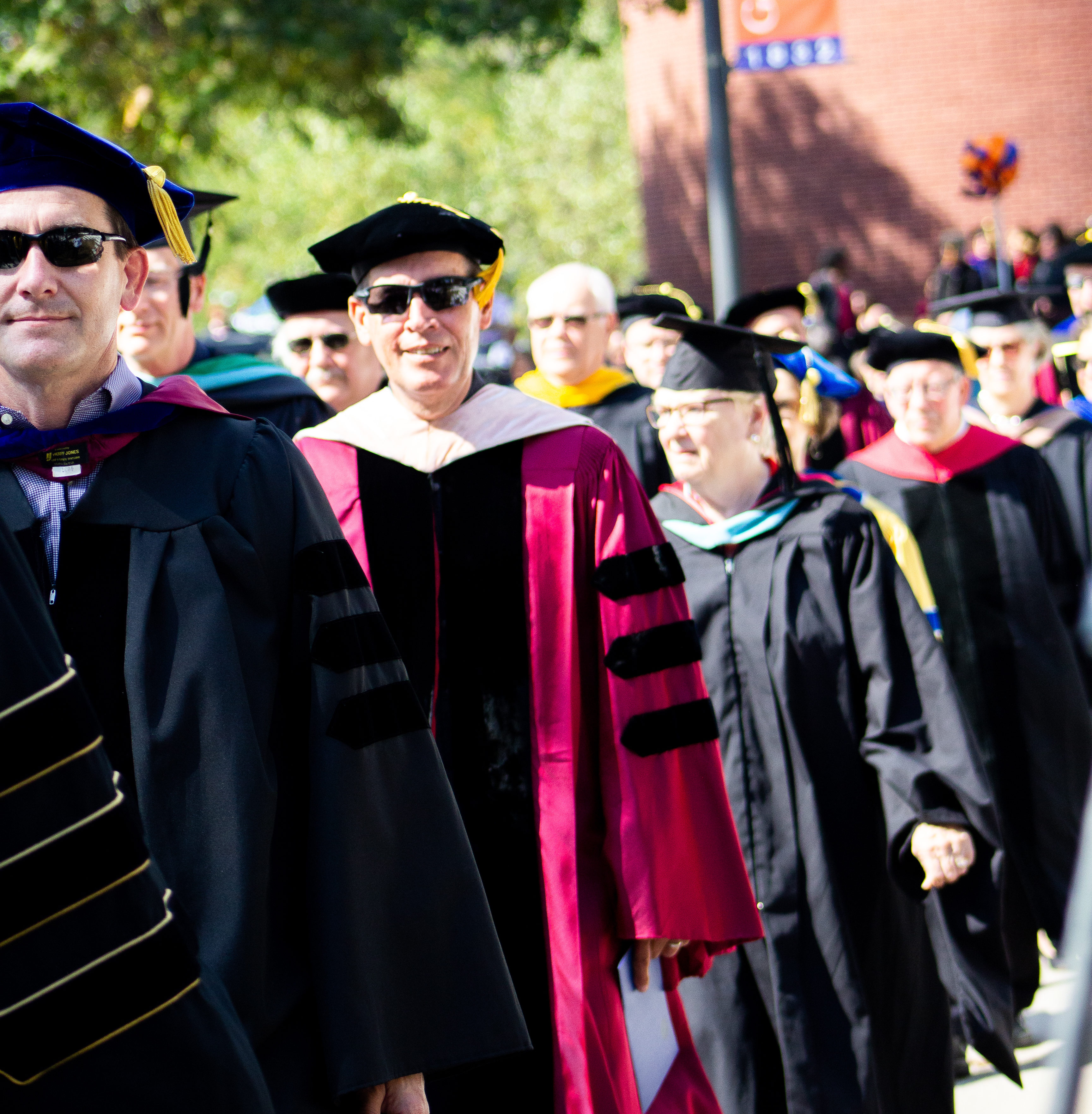 The faculty held its second meeting of the semester Thursday afternoon and heard a handful of presentations before returning to a trio of proposed amendments to the Faculty Handbook.

Provost Chris Zappe opened the meeting with a presentation that offered faculty members ways they could work to strengthen the college’s financial footing and “help the college thrive in the coming years.”

Zappe offered a litany of programs and initiatives that fall under the faculty’s purview and could either stabilize existing revenue streams or open new ones, both of which are institutional priorities given a forthcoming demographic decline in the number of students anticipated to attend college in the next decade.

Among the principal initiatives at hand is the online hybrid summer course program, which the faculty approved — after significant debate — last spring. Zappe reported that nine online courses with a total enrollment of 77 students ran in the summer of 2019. The college netted about $100,000 in revenue from the courses, Zappe said.

Zappe also suggested that certificate programs — either professional certificates such as in project management or knowledge-based certificates in an area like Civil War Era Studies — could contribute additional revenue as could engagement with the Gettysburg area’s over 55 community, offering opportunities for “lifelong learning” through either a fee- or subscription-based service.

Finally, Zappe pointed to a range of existing institutional initiatives such as improving student retention, revising the Gettysburg curriculum, and participating in the Intercultural Development Inventory offered through the Office of Diversity and Inclusion as additional opportunities for faculty engagement in this area.

“We have an opportunity to shape the future of the college with the work that we do in the classroom everyday, through the opportunity to reach out to new learners, … and using technology and exploring other ways to make a difference,” Zappe said.

Presentations to the Faculty

A pair of presentations followed Zappe’s: one from Director of Student Success in the Enrollment & Educational Services division Cindy Wright and Assistant Vice President of College Life Darrien Davenport on financial literacy, and the other from Associate Director of Career Engagement Jamie Guilford on an upcoming event.

Wright and Davenport presented iGrad, a digital financial literacy tool the college has purchased with money from the Linda and Mort Creech ’61 Endowed Fund for Student Financial Literacy. Wright said that the Student Success Task Force identified in the spring of 2017 that financial literacy was a barrier that students face. This tool aims to help address that barrier.

Guilford announced that, on Mar. 3, the Center for Career Engagement will host a workshop entitled “The Inside Advantage: Breaking into the Finance/Insurance Industry,” and urged faculty to encourage students to attend.

The faculty spent the final half-hour of the meeting debating revised motions from the Faculty Personnel Committee (FPC) first presented to the faculty at its last meeting on Feb. 6.

FPC Chair and Ronald J. Smith Professor of Applied Physics Bret Crawford presented an amendment to the first motion, responding to concerns raised at the previous meeting by, among others, Professor of Music Marta Robertson and Harold G. Evans Professor of Eisenhower Leadership Studies Brendan Cushing-Daniels.

The revised motion would allow the Provost to appoint new members to a tenure/promotion departmental review committee only in the case of documented inappropriate behavior or a conflict of interest, removing a clause about the potential lack of senior members in a department because an existing process already governs what to do in those situations. The Provost would make that decision in consultation with the candidate and another faculty member chosen from among former members of FPC or the Faculty Grievance Committee.

The amendment to the motion passed 109-3-3, while the motion itself passed 102-6-5 after very limited debate.

The discussion of the proposed amendment morphed into a conversation about whether departments should be required to develop standards on effective teaching and effective governance at all. Classics Department Chair GailAnn Rickert said that the Faculty Handbook already contains “rich principles” about those two domains and that she worries the motion assumes disciplinary specificity that might not exist. Crawford responded that a department is merely asked to explain how college-wide standards apply in a particular discipline, not to redefine those standards, and that, if a department finds the college standards sufficiently descriptive, they are welcome simply to say that.

The faculty approved the amendment to add advising to the underlying motion 93-17-4, but the clock struck 5:00 p.m. — the mandatory end time for faculty meetings — before a vote could occur on the motion itself, which will be revisited at a future meeting along with a motion about standards for promotion to full professor.