Tuition revenue is stagnating, the rate of admitted students electing to come to Gettysburg is declining, and the amount of financial aid offered to incoming students is increasing. These three headlines, in tandem, framed a complicated financial picture presented to the faculty in a special meeting held last Thursday.

The meeting marked the faculty’s first holistic review of the demographic issues that were raised in Carleton College Professor Nathan Grawe’s book Demographics and the Demand for Higher Education, which forecasts a steep decline in the number of young people attending college, particularly in the Northeast, over the next five to ten years. That book and those trends were the basis for a faculty workshop in Oct. 2018 on student enrollment and retention strategies, and they were again the backdrop for this meeting, which aimed “to prepare faculty for planned discussions this semester and beyond about how Gettysburg College can thrive during the demographic shifts of the coming decade,” an invitation from the Faculty Council said.

Fritze opened the meeting by presenting data on college enrollment and began by describing what she characterized as an impending “cliff” that will come in 2025 and continue through 2030. During that period, the number of students that attend college is expected to decline by a total of nine percent. The trend is expected to be particularly acute in the Northeast, from which Gettysburg has traditionally drawn a large portion of its student body. Areas in the South and the West are expected to see an increase in their college-going population, particularly of students of color. However, projections show that those students, on average, have lower median incomes, which means that colleges may need to offer more financial aid to attract students in demographic groups whose college-going populations are growing.

Furthermore, Fritze pointed to an uncertain public policy environment in which states are looking to decrease in-state tuition at public universities, and some, such as New York, have even implemented free tuition for in-state students. That development, in conjunction with proposals at the federal level for “free college” and an increasing level of attention to student debt, creates challenges for private colleges seeking to maintain or bolster their enrollment levels.

For the current first-year class, the college received only 5,916 applications, down from a peak of 6,816 in 2016, and admitted 48% of those applicants, a figure that has increased by nine percentage points since 2015, data from the Office of Institutional Analysis shows. The average SAT score of admitted applicants dropped 18 points from 2022 to 2023, going from 1350 to 1332.

Ultimately, this year, the college fell 20 students short of its enrollment goal, which represents just under three percent, but it met only 88% of its net tuition revenue goal.

Fritze said that, as challenging an enrollment year as this was for Gettysburg, it was nowhere near as bad as it was for peer institutions such as Dickinson and Bucknell, both of which fell more than 100 students short of their enrollment targets, and even some engineering schools, whose applicant pools were smaller.

“This is what I refer to as a wake-up call,” she said.

Compounding the financial challenge of lower-than-anticipated enrollment, Gettysburg has awarded an increasing amount of financial aid over the past several years. For the class of 2023, the college planned to award $72 million in need- and merit-based aid to incoming students, which is nearly twice as much as the financial aid budget ten years ago.

While presenting a chart showing Gettysburg’s discount rates compared to other private colleges over the past ten years, Konstalid said, “You can see that, in the earlier part of this time frame to be well under these groups. We were in a very advantageous position. As you start to look at the second half, not so much, and we have actually started to catch up to the national average.”

The consequence of an increasing discount rate is that, even as Gettysburg’s tuition has steadily increased at an annual rate of 3.5%, the college’s net tuition revenue has been largely flat. That is a trend that Konstalid expects to continue.

Meanwhile, the college’s costs continue to rise particularly in personnel, an Oct. 2018 presentation to the faculty showed. Given that, the college has launched the second iteration of its Faculty Retirement Incentive Program, which provides financial incentives for senior faculty to retire over the next three years, enabling the college to hire younger faculty members who, on average, earn lower salaries. The college also changed its employee health insurance offerings this year to save money.

Konstalid said that investments in facilities such as residence halls, the additions to the College Union Building, and the Office of Multicultural Engagement are also part of a long-term strategy to make the college as attractive as possible to students, but that, ultimately, the college cannot plan for anything other than flat tuition revenue over the next several years.

Even achieving that will require an outsized effort to stabilize enrollment. Over the past six years, the college has seen a decline in revenue from tuition even as enrollment has, on the whole, been steady. 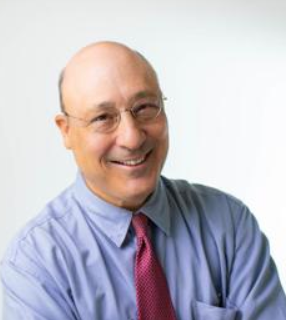 Professor of History and college historian Michael Birkner, who sits on the Faculty Finance Committee, said that the college has faced two significant enrollment challenges in the 20th century, the first during the Great Depression and the second in the 1980s after the Baby Boom. It rectified the former by beginning to admit women (it had stopped admitting women in 1930 and began to admit them again in 1935), and it addressed the latter by actually raising tuition and thus making the college appear more attractive to middle and upper income families who equated higher cost with higher quality. Neither approach is plausible today, Birkner said.

“The bottom line here is that the college cannot raise tuition and at the same time have more people want the product (a Gettysburg education) because our sticker price is so dauntingly high,” he said. “What parents of prospective students are often thinking is, ‘there is no way we can do this.  My kid can get her/his education at a state school.’ It’s a tough situation.”

To address that tough situation, President Iuliano and his deputies have placed an emphasis on student retention, an area in which Provost Zappe said the college “underperforms,” and in exploring new revenue options including the possibility of professional certificate programs in areas such as information technology. Zappe added that he looks at the retired population of the Gettysburg area as a potential audience for opportunities in “lifelong learning.”

Given that Gettysburg’s endowment lags behind its peer institutions, the college relies on net tuition revenue and room and board charges for more than 80% of its operating budget. When actual revenue fell short of that benchmark this year, the college asked departments across campus to cut their budgets. The library, in particular, took a significant hit, two sources familiar with the situation say.

Fritze said she is “cautiously optimistic” that enrollment will be stronger this admission cycle and pointed to the new business major, data science minor, and Eisenhower Scholarship as significant draws for prospective students. That optimism notwithstanding, college spokesperson Jamie Yates said it is too early to predict tuition revenue for this cycle. Yates did say, though, that the college does not anticipate the need for any programmatic or personnel cuts in the coming budget year.

The Board of Trustees is meeting this weekend, and among the items on the agenda is a budget update. The Board will also have “early conversations” about “potential supplemental revenue sources,” Yates said.

For the faculty, the presentation was an effort to frame conversations planned for later in the semester around online courses in the summer, how the college positions itself to external audiences, and revising the college curriculum.

Zappe said that the faculty’s work in this area is crucial to the institution’s long-term success and that, already, the college is reaping rewards from the faculty’s most recent decision that arose out of a desire to meet demand from prospective students, adding a major in business, as well as its more recent effort to begin a minor in data science.

“To put a fine point on it, the work that faculty in the Department of Management and, in the case of the data science minor, across the entire divisions of the college, putting these proposals together, making the arguments, responding to the feedback, has yielded, I think, really positive gains,” he said. “I think we’ll see with additional time the impact of the approval of these programs.”

For his part, Iuliano said that the college needs to marshal its efforts towards addressing the demographic challenges and the realization that tuition revenue likely will not grow in order to maintain a position of financial stability.

“These two trends promise to create some turbulence,” he said, but he expressed confidence that there is time to make decisions to position the college for long-term success. “We’re going to need to be open to new ways of doing business, new ways of thinking, all grounded in the fundamental values of this college and the importance of the liberal arts education.”