That Controversial Game of Thrones Scene Is Actually Incredibly Important 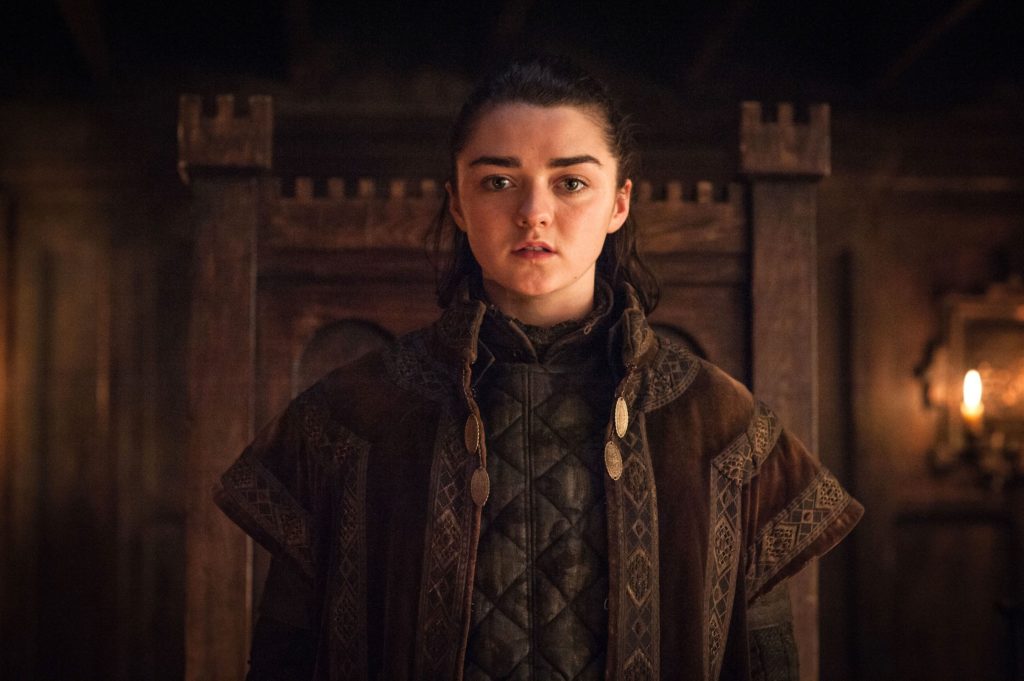 Everybody who knows me knows I’m obsessed with “Game of Thrones,” and considering how many times I’ve overheard people discussing “GoT” in Servo lately it seems a lot of other people here love the show too. But there are two major problems I’ve always had with “GoT”: its depiction of sexual violence and lack of racial diversity. It left a bad taste in my mouth when the very white Daenerys Targaryen freed the slaves of Essos, who were all depicted as people of color when slavery in the show’s source material is not a racially based system – as much as Dany’s heart was in the right place, the show turned this moment into an act of white saviorhood. Back in season five, “Game of Thrones” became embroiled in controversy when it took an even more significant detour from the books, having Sansa Stark lose her virginity when she is raped by the sadistic Ramsay Bolton on their wedding night. The framing of the scene also drew criticism, as the camera focused on Sansa’s childhood acquaintance Theon, which some said made the moment about his pain and not hers.

Not to say that these things still don’t bother me, but watching “Game of Thrones’s” final season (currently airing on Sunday nights on HBO), I’ve been satisfied to see that these problems I have are being addressed. Two scenes between Unsullied leader Grey Worm and translator Missandei – played by Jacob Anderson and Nathalie Emmanuel, two of the show’s only non-white cast members – depicted the icy reception they received upon arriving in the North, where their status as black former slaves born in a foreign land makes them a target for racism and xenophobia. Though Grey Worm and Missandei are loyal to Daenerys, the characters agree that after the war is over, they cannot remain in Westeros, where they will always be treated as outsiders due to the color of their skin. It was nice to finally see the show address the issue of race, though I fear Grey Worm and Missandei will not receive the happy ending they crave.

I was also pleasantly surprised to see a love scene which depicted female agency and control. The night before the battle of Winterfell, in which many of our favorite characters will undoubtedly lose their lives, Arya Stark – the tomboyish lord’s daughter turned vengeful assassin, and my favorite character of them all – goes to her friend Gendry and asks him to have sex with her, so that she does not have to die a virgin. The scene is tasteful as far as “GoT” sex scenes go, with mutual consent and minimal nudity. Whereas Daenerys and Sansa were both raped their first times, Arya loses her virginity on her own terms, to someone who respects her. It’s, in my opinion, a great moment for the character, who is struggling to reconnect with her humanity after dedicating her life to revenge since she was 12 years old.

So imagine my surprise when people all over the Internet were mad about it. On Twitter, people expressed their discomfort watching Arya strip down – her actress Maisie Williams was 12 when cast in 2009, and some said that watching Arya lose her virginity was like watching a little sister have sex. This is understandable, but in my opinion it is not fair to infantilize the now 22-year-old Williams, who is an adult woman with bodily autonomy. In Entertainment Weekly, Williams expressed that the writers let her decide how much to show in the scene, and her co-star Joe Dempsie stated that while it was awkward for him to film a love scene with someone he’s known since she was underage, he did not want to patronize Williams in any way. (Dempsie is ten years Williams’s senior, but their characters have an age difference of about four years, and there have been pairings on “GoT” with much larger age differences before.)

The Arya-Gendry scene is without a doubt the healthiest loss of virginity scene any female character on “GoT” has ever had. Why is it that viewers are more troubled watching an 18-year-old woman have consensual sex than become an assassin, or commit mass murder? Is it because this scene did not provide male viewers with the sexual gratification they’ve come to expect? Too often love scenes in media are depicted for the male gaze. We need our media to teach young women that the choice to have sex should be their own, and that their sexuality should make them feel empowered, not powerless.

Considering all that Arya’s character has been through, I think this scene was a crucial step in her struggle to allow herself to be emotionally vulnerable again. Another part of the scene that I think has been overlooked is how Arya gives Gendry his own agency – by telling him to take his own clothes off, she’s giving him the chance to proceed or back out. This is incredibly important considering his character survived a sexual assault. Back in season three, Gendry was seduced by the sorceress Melisandre in an attempt to use him for a blood sacrifice, and while he was a willing participant at first, by the end he was clearly no longer consenting. This is another sexual assault that did not appear in George R.R. Martin’s books (seeing a trend here?), but no one seems to talk about this scene because of how our society belittles female-on-male sexual violence. Men have the right to say no to sex as much as women do, and consent can be withdrawn at any time during the act.

Ultimately, while I do not expect “Game of Thrones” to ever become the bastion of social justice, I think this season’s address of racism, xenophobia, and female sexuality are welcome changes, and all vital moments in the arcs of the characters involved.