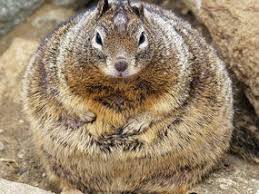 Chipper after laying waste to 100 acorns

Last Saturday, Chipper the Squirrel delivered a jaw-dropping performance, taking down defending champion Nutty in the nut eating contest to close out the Hibernation Winter Derby.

Chipper put down a world record 100 acorns in the 10-minute contest. A simple food-to-body weight conversion comparing Chipper to hot dog eating champion Joey Chestnut revealed that Chipper ate the equivalent of 150 hot dogs for his size. Chestnut’s record is 74.

“What can I say, I was hungry. I just came out of hibernation and hadn’t eaten anything in four months,” Chipper said regarding his astonishing performance.

“I really practiced hard, hitting the dumpster every day in the fall to see how many thrown away Servo eggplant Parmesan plates I could put down. I usually got to four before I got the Servo Shits and had to stop.”

The previous record was 90, which had been set last year by Nutty.

“I have never seen anyone who can put them down like Chipper. I mean, last year I thought I had done the impossible and this hungry lard over here throws down 100? Man, he really likes his nuts,” said Nutty.

After the contest, Chipper was rushed to the Gettysburg Vet and had to have his stomach pumped to get all the nuts out. He first tried the Gettysburg Health Center; however, they said the best they could do was give him Advil and Mucinex and test for Mono and Strep.

Chipper has made a full recovery and is safely back on campus. You can find him out late at night practicing for next year on drunken freshmen’s forgotten Domino’s orders.