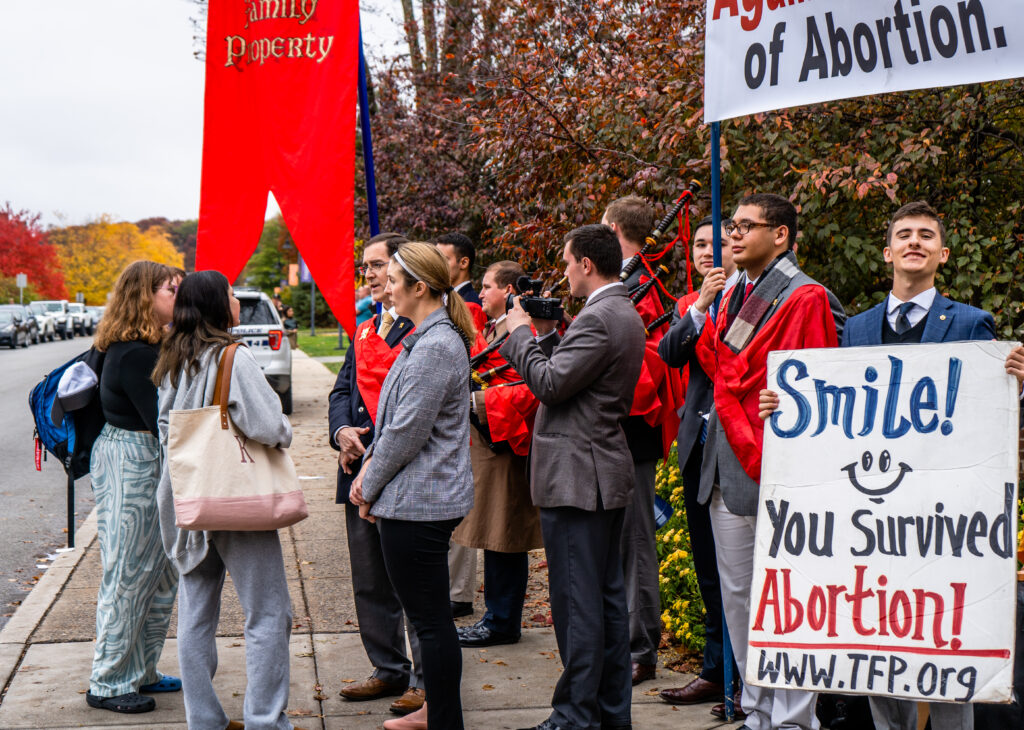 The American Society for the Defense of Tradition, Family, and Property (TFP) protestors outside Servo on Tuesday, Oct. 25, 2022 (Photo Will Oehler/The Gettysburgian)

On Oct. 25, The American Society for the Defense of Tradition, Family, and Property (TFP) held an anti-abortion protest outside of Servo. In response, students led an impromptu counter-protest.

On Saturday, the TFP posted a video—with now over 15,000 views—to their YouTube channel alleging that at this protest students “attacked” their member holding the “Smile! You survived abortion!” sign.

In the video description, they say that the demonstration was “day two of their week-long pro-life caravan dedicated to our Lady of Mt. Carmel.”

The video includes interactions with students at the protest, including members of Phi Delta Theta (PDT) who were outside Servo at the same time advertising their haunted mansion philanthropy event.

The description of the video says that students at the counter-protest said statements like “You should all have been aborted!” and “I am pro-murder” to TFP members at the protest.

“The other side certainly thinks that we’re effective,” one TFP representative said in the video. “If they didn’t, they wouldn’t be out here today.”

In the video, they show a student trying to take the sign away from the TFP protester. They filmed the student running away from the scene as well.

According to earlier reporting from The Gettysburgian, Campus Safety and the Gettysburg Police Department were both at the scene to separate the two groups. 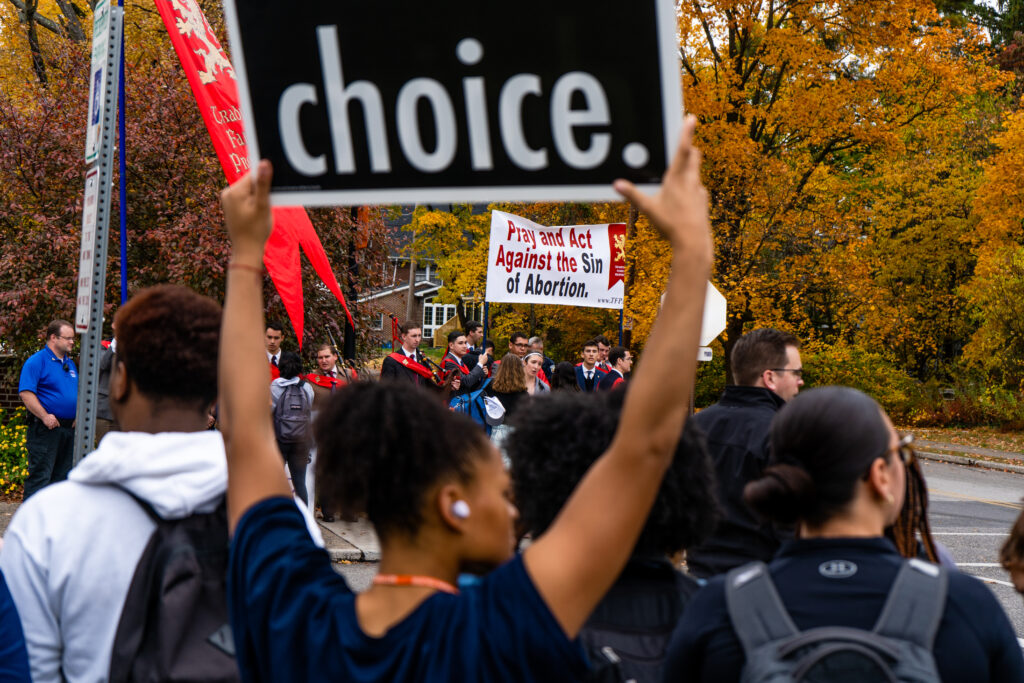 Students provide counter-protest against The American Society for the Defense of Tradition, Family, and Property (TFP) outside Servo on Tuesday, Oct. 25, 2022. One student holds a pro-choice Marty Qually sign (Photo Will Oehler/The Gettysburgian).

Simon Taylor ’26, one of the students talking to the TFP in the video said, “I feel like [the TFP] painted themselves in a way that made them look like non-aggressors but in reality, the words and signs they had were very aggressive and displayed harmful language. I thought the students’ protest against them was very peaceful and brought the campus together more.”

Taylor stood by the statements he made that TFP recorded, saying, “Being pro-choice doesn’t mean you have to agree on a personal level with abortion, but you give women the bodily autonomy they deserve to be able to make the decision if they want to have a kid or not on their own.”