Home » Opinions » Farewell from the Editor-in-Chief

Farewell from the Editor-in-Chief 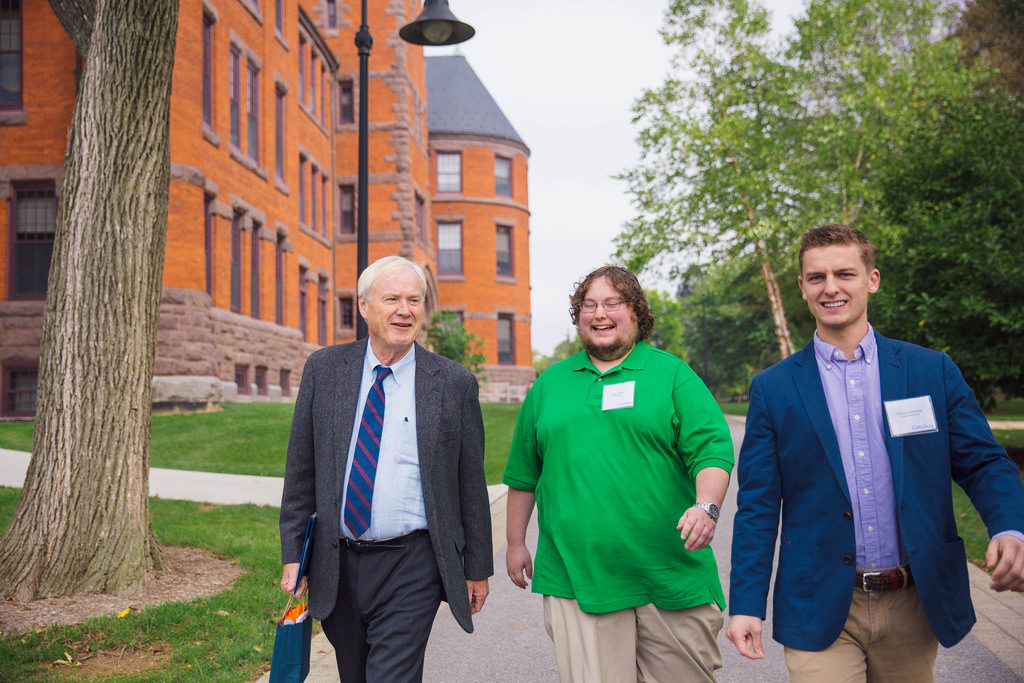 I have been deluding myself into thinking this day would never come, but now it has arrived: I am graduating from Gettysburg College today and this is the final day I will oversee The Gettysburgian as Editor-in-Chief. This moment is bittersweet. Sure, I will miss chasing down leads and typing up stories. But, on the other hand, I look forward to having my Wednesday nights … and really all my other nights too … back.

Since I took up the mantle of Editor-in-Chief two years ago from Lauren Perry and Brendan Raleigh, the paper has seen astronomical growth. We developed our online and social media presence, launched new mobile apps, and massively increased the ranks of our staff. We held a panel on investigative journalism. Tens of thousands of people from around the world now read our content every month, and hundreds of people listen to On Target, our new podcast, every week.

Our publication is now truly digital first, publishing stories in real time and keeping the campus community informed of breaking news. We have been praised by faculty, staff, students and administrators alike for the accuracy, clarity and speed of our reporting.

The Gettysburgian is once again an award-winning publication. This year, we were recognized for our outstanding journalism by the Pennsylvania NewsMedia Association. The Gettysburgian was awarded three Student Keystone Press Awards for our news coverage, sports photography, and music reviews.

The Gettysburgian has become a force for change. People read what we write, and they take action. This fall, we called attention to an extremely broad and overreaching new unauthorized recording policy. Under this policy, a student Facetiming their friend inside the library could have been subject to college judicial action if another student walked into the camera shot and was inadvertently broadcasted to the other end of the video call. Following our editorial, the administration clarified which areas are private, and which are public.

We followed the facts and got answers on the Hanson Hall mold debacle. We drew attention to the fact that the college was erroneously charging more for cold water laundry. We made the case against Young Americans for Freedom’s bid to bring noted slanderer James O’Keefe to campus, which was ultimately vetoed by Student Senate President Luke Frigon. Most recently, we investigated claims of voter intimidation in the Student Senate election.

I didn’t achieve all of this alone. If it wasn’t for the help of my fellow editors and staff members, especially my managing news editor Benjamin Pontz,  we wouldn’t be able produce the kind of quality journalism that our readers have come to expect.

That’s not to say that there weren’t mistakes and failures along the way—that gratuitously large photo on the front page of a student arrested for drug dealing comes to mind—but those failures afforded us the opportunity to grow through our mistakes and work even harder to be the best we could be. Indeed, we are defined not by our failures and successes along the way, but by where we end up at the end of our journey.

And what a journey it has been. The four years I have spent with this paper and with this college have been truly transformative. I have made friends that will be with me for a lifetime and I have had experiences and opportunities during my time here that I never dreamed were possible when I applied four years ago.

As I graduate and move on to law school, I now lay the mantle in Ben’s more than capable hands. My sincere hope for this publication is that it never stops striving to be a better version of itself. The Gettysburgian celebrated 120 years of journalistic excellence this year. Here’s to the next 120!