Recording Our Opposition to a Ridiculous Overreach by Gettysburg College Administration 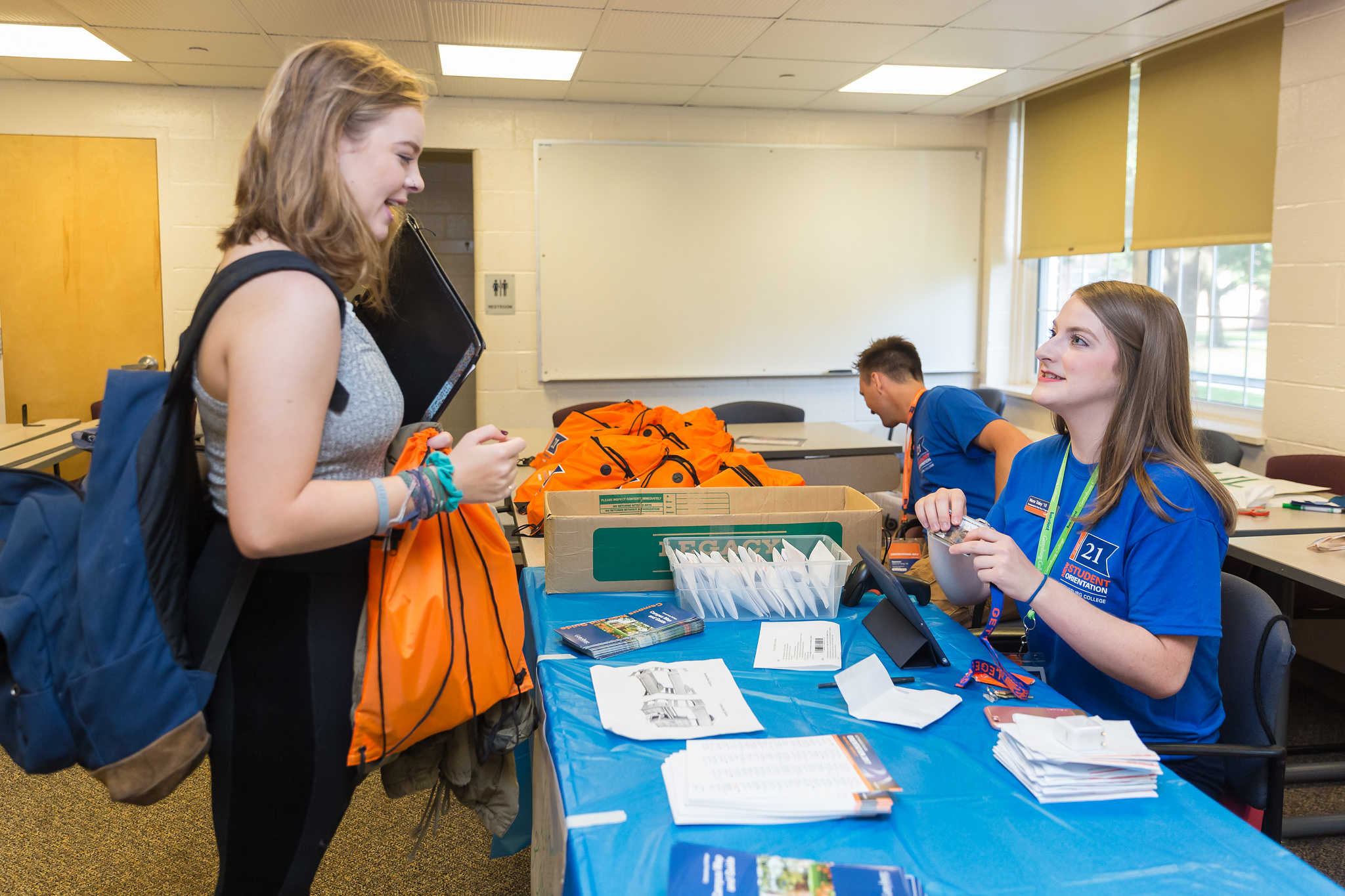 What’s wrong with this picture? This is a photo posted today by Gettysburg College Communications and Marketing that appears to be in violation of the new policy on unauthorized recording. Photo Shawna Sherrell/Gettysburg College

By The Gettysburgian Editorial Board

Last March, the Gettysburg College Student Life Committee quietly passed a new policy on unauthorized recordings that ostensibly seeks to protect students’ right to privacy when in non-public locations on campus. All would agree that is a laudable goal. However, this policy, which was only announced this week in a campus-wide email more than five months after it was passed, has vast and potentially devastating consequences for the campus community. Accordingly, we strongly oppose it.

The policy states that the college “prohibits all unauthorized recording in any context in which a person has a reasonable expectation of privacy,” which seems innocuous enough until you read the next sentence, which declares that “reasonable expectations of privacy exist in classrooms, meeting spaces, office spaces, residential facilities, recreational spaces, restrooms, and locker rooms.”

As such, according to this policy, every photo, video, audio recording, Snapchat, etc. that — even incidentally — includes another person or their property is a violation of college policy, and anyone who takes such a recording as well as everyone who transmits it — and a broad definition of transmission could include “liking” such a photo on social media insofar as doing so furthers the reach of such media — is subject to college sanctions.

Surely, a middle ground between protecting students from having their photo taken while changing in a locker room and this behemoth of untenable over-regulation that makes just about everyone who has ever used their phone in a campus building a violator of college policy is possible. Instead, the Student Life Committee painted with lazy, broad strokes in a vain attempt to solve a problem that, instead, has created far more.

Wiafe insists that the college doesn’t want to become the “Snapchat police,” but he won’t rule out a Snap as potentially violating this policy. He repeatedly says that the college will exercise discretion in enforcing this policy. Unfortunately for students, they have exactly zero recourse if the college wakes up one morning and decides it is going to crack down on, for example, a student taking a photo with their friends in Servo that incidentally captures the back of someone else’s head. There is nothing that would stop the college from citing not only the student who took said photo, but also every other student who liked or shared it on social media.

Under this policy, a student Facetiming their friend inside the library could be subject to college judicial action if another student walks into the camera shot and is inadvertently broadcasted to the other end of the video call.

If a student is on the phone in the Jaeger Center and someone coughs loudly next to them such that the person on the other end of the line can hear it, that student has just violated college policy.

These scenarios may seem ridiculous, but they all could technically be adjudicated as violations of this policy.

Furthermore, this policy will cripple The Gettysburgian’s ability to function. We routinely take photos of newsworthy events on campus and are not generally required to get consent to use those photos for news purposes. We will no longer be able to provide photos, videos, or live streams of lectures, panels, and other events held in classrooms on campus under this policy. We will be unable to record an interview in a campus building (we’ve always gotten the interviewee’s consent to record) for fear that we might inadvertently record someone laughing two tables over.

This policy reduces transparency on campus. Wiafe told The Gettysburgian that students are prohibited from recording searches of their rooms by college officials (Residence Life staff and DPS) and even the Gettysburg Borough Police under this policy.

In its July 2017 decision in Fields v. City of Philadelphia, the Third Circuit Court of Appeals upheld the First Amendment Right of both the party being investigated and bystanders to record law enforcement officials performing their official duties in public.

While the college is within its rights to limit recording of any type on its private property (including of the Borough police), we contend that this is not the correct direction to take the campus. We need more transparency in campus judicial proceedings, not less. College officials performing searches hold students’ future enrollment at Gettysburg College — and indeed students’ future careers — in their hands and operate with little to no accountability for their actions if the ability to record is denied. Sunshine is the best disinfectant. If the college has nothing to hide, why not let students record searches of their rooms?

Another example of the lack of thought in the implementation of this policy is the Office of Communications and Marketing. That office routinely takes pictures and videos without student consent around campus and in residence halls. When we reached out to Ron Wiafe in preparation for this editorial he admitted that the marketing office had not been considered in preparing this policy and that the college is “looking into” having “some conversations” about how to move forward. It’s been five months since this policy was passed, and the college has posted many photos on its public social media accounts since then that violate this policy.

Even after this issue was brought to the college’s attention, Communications and Marketing continues to violate the unauthorized recording policy. The Gettysburgian has found several photos taken inside residential facilities at this year’s move-in day that the college did not receive explicit consent to take. The college seems to be carving out exceptions for itself while leaving students in fear of disciplinary action for Snapchatting in the library.

That is completely unacceptable.

We would like to think that this policy is so vague and ludicrous that it is unenforceable, but, sadly, we do not have that luxury. Accordingly, we urge the Student Life Committee to go back to the drawing board and craft a narrower policy that addresses the goal of protecting students’ right to privacy in spaces that are truly meant to be private — like rooms in a residence hall, restrooms, and locker rooms — without criminalizing everyday life.

Editors’ Note: This editorial constitutes an official position of The Gettysburgian’s editorial board as reflected by a majority vote. Final responsibility for such opinion pieces rests with the Editor-in-Chief. For more information or to express a concern, please email editors@gettysburgian.com.