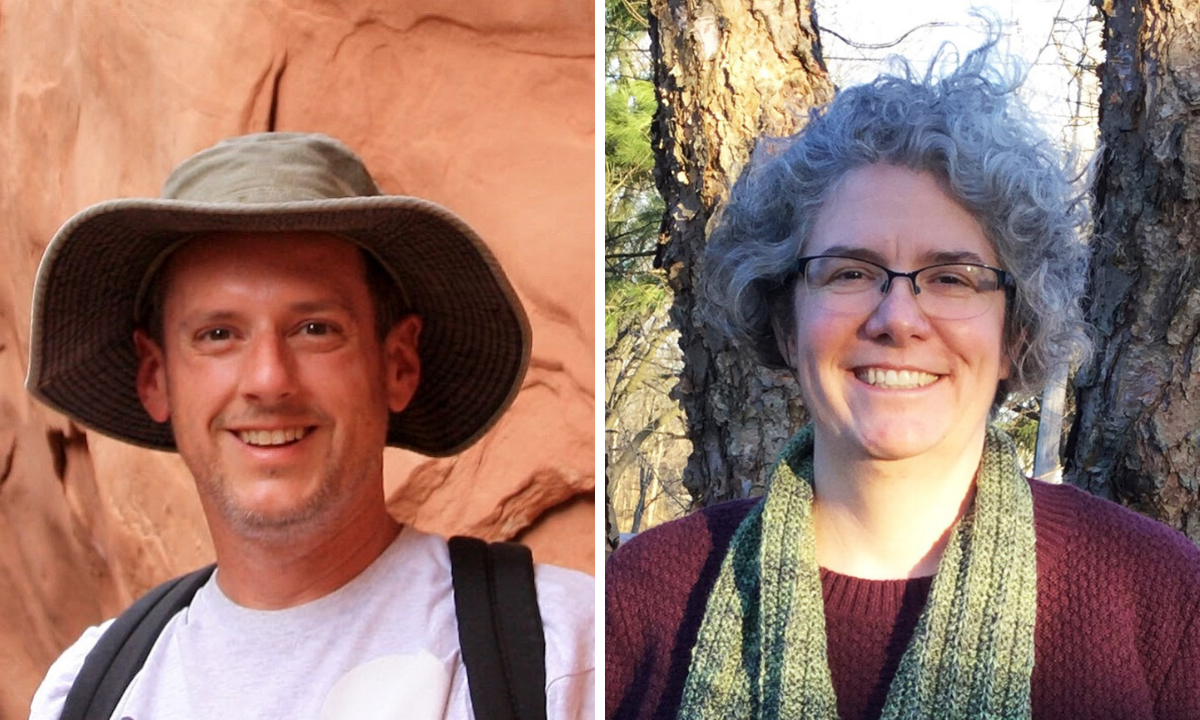 For years, the Gettysburg College faculty has been reluctant to embrace online education. Proposals to adopt online courses with other liberal arts colleges have led to testy exchanges at faculty meetings, and a plan to make hybrid summer courses part of the college curriculum was controversial, with some faculty members arguing that instruction that does not happen in person is at odds with the liberal arts tradition.

Had there been a proposal two months ago to build a massive digital infrastructure for course delivery and train nearly the entire faculty in online pedagogy, it almost certainly would have met enormous institutional resistance. But, in that time, circumstances have changed, and, over the past month, the college has done just that to cope with the closure of campus due to COVID-19.

“Time is weird,” Senior Instructional Designer and Technologist Sharon Birch noted while reflecting on the past two months leading up to and in full force with online learning. “I have to kind of think about how much time has passed and not passed in terms of this.”

Birch and Educational Technologist Eric Remy have been a two-person team at the helm of the college’s efforts to launch universal remote instruction. With only two weeks between first conversations and the college’s decision to proceed with remote classes for the remainder of the semester and then only one more week to make it happen, Birch and Remy have faced unprecedented challenges in the past two months to identify user-friendly technological tools, train faculty with varying levels of experience (including none whatsoever) in online teaching, and troubleshoot student technology issues to pursue equitable access to remote education. Ubiquitous Zoom calls, training sessions and consultations for faculty, and collaborations with offices including the Provost and the Johnson Center for Creative Teaching and Learning (JCCTL), their day-to-day jobs have transformed and put them in a more vital position than ever.

“Generally [IT staff members] are so behind the scenes. I have never felt like my job has been as valuable as it has been in the last four weeks,” Birch said. “I would trade normality for this situation under all possible circumstances, but it’s an unusual situation for us because students don’t even know we exist if we’re doing our job perfectly normally. Now we’re a little more in the forefront than I’m used to.”

“The idea that we could just transition over in a week to online learning, that’s a pipe dream.”
– Eric Remy, Director of Educational Technology

Birch and Remy’s planning work began back at the end of February, about a month after the first coronavirus cases were reported in the United States. What appeared, at first, to be an impossible feat soon turned into an imminent reality.

“Sharon [Birch] and I, and Josef [Brandauer], were all like, ‘No, the idea that we could just transition over in a week to online learning, that’s a pipe dream,’” Remy said.

“My immediate response was ‘No way. There’s no way. We can’t do it.’ And then the next day, I was like, ‘OK, well maybe some faculty can do it, or maybe everybody can do some small level of something.’ And then on Wednesday, Eric [Remy] and I really started brainstorming,” Birch said.

That Wednesday was March 4, two days before the start of spring break. Birch and Remy’s division of IT and Associate Provost for Pedagogical Initiatives Josef Brandauer began preparing solutions and potential communications to faculty. Within the first few days of spring break, Remy and Birch had worked to ramp up licenses with Zoom and Screencast-O-Matic, solidify specific software programs for students, develop a Moodle site with instructions for faculty, and plan both live and remote training, which began by Wednesday, March 11 during spring break.

Training continued during the extended spring break; at that point, faculty and staff had acknowledged that the college would shift to remote learning before the official announcement. Birch focused on Moodle instruction and Remy specialized in Zoom, but the two played a role in instructional design and advised faculty on revamping their courses to maintain critical learning goals.

“The faculty were… intense, to say the least. I was incredibly impressed by our faculty, though, during that time. I cannot tell you how focused they were on trying to build their own skills up extremely quickly,” Birch said.

“Literally five years ago we couldn’t have done this because the synchronous technology has come a long way in the last five years.”
– Sharon Birch, Senior Instructional Technologist

Right up until the first day of classes, Birch and Remy worked alongside IT staff—including Instructional Technologist Carrie Szarco who specialized in troubleshooting media and video/audio programs like YouTube and Ensemble—to field questions from faculty about technology and pedagogy. They prepared to receive an onslaught of questions from faculty and students on the first day of classes, but solved issues for around 20 students or faculty within the first week—mostly regarding internet problems at home. Birch and Remy shifted their energy towards finding solutions for students unable to make weekly, synchronous class meetings.

“For a lot of [the faculty], this wasn’t a big transition, they knew how to do it and they could figure it out. But there were a lot of faculty for whom this was a massive issue. And they worked hard, and we did not get complaints at all. I mean, the faculty really, really worked very, very diligently,” Remy said.

As online courses plug on for the last three weeks of the semester, Birch and Remy aid the faculty in effectively communicating information and keeping students actively engaged, provide Zoom security training, and have begun supporting co-curricular offices on campus with virtual programming options, including the Office of Student Activities & Greek Life, the Center for Career Engagement, and the Office of Sexual Respect and Title IX. Remy recently worked to provide students with a full Zoom site license accessed through their Gettysburg email addresses.

“Literally five years ago we couldn’t have done this because the synchronous technology has come a long way in the last five years. We could have done something, but not anywhere near as well as we’ve been able to do it now, as recently as five years ago,” Birch said.

While the technological training has eased up for IT staff as of late, Birch is still busy continuing instruction for her own sociology class, but with the advantage of being well-versed on the operations of Zoom, Moodle, and Screencast-O-Matic. She also uses a flipped classroom framework and class materials are available online, so she found the transition to be fairly simple. Other departments did not have as easy a transition.

“I look at our faculty in the sciences, in the studio arts, in music, theatre, and the things they’re having to think their way through-both technologically and pedagogically—are amazing,” she said. “[I have seen] a lot of creativity on the part of our faculty to try to figure out how to make those kinds of things work. And my hat’s off to them.”

Birch and Remy see this online learning experience as an opportunity for faculty to learn how to adapt to situations where in-class meetings may not be possible or in situations where students face extenuating circumstances throughout the year. Although remote learning in response to the coronavirus is only a short-term solution, the mindset of faculty and technology available has shifted to account for unprecedented circumstances.

“We got a trickle of [faculty] bringing people in virtually to talk. The other one, I’d really hope that we could start to think about [flipped classrooms] from a lot of other faculty members’ positions. But it then gives them the ability to do something much more creative and interesting in class. So you can cross your fingers and hopefully … good will come out of this,” Remy said.

For Birch, Remy and IT staff, the remote learning situation has shifted their roles to the forefront of the college’s operations amid a health crisis that has led to high levels of unemployment in the nation.

“I am incredibly fortunate,” Birch said. “There’s a lot of people in this country who have lost their jobs and do not have job security in all sorts of realms of the economy. Every day that I get up and know that I need to put on these headphones again and sit in front of this computer, I am the luckiest person in the world, because I have a job and I’m productive at the moment.”