Posted By Britney Brunache and Lauren Hand on Apr 1, 2020 | 0 comments 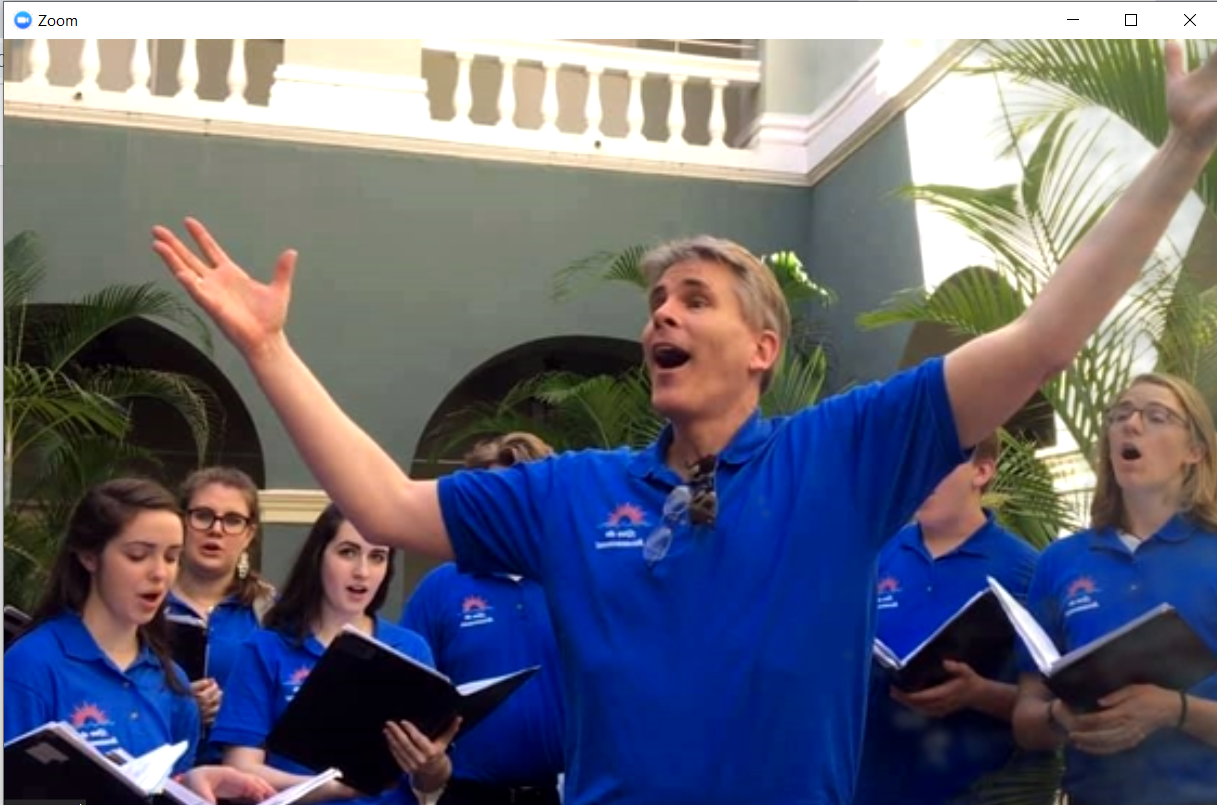 “It was kind of weird watching the conductor wave his baton at a camera,” said one student who attended the Zoom concert.

During the course of the concert, one of the performers was muted yet still singing, as if she were lip syncing the performance. Eventually the host noticed and unmuted her, but then the entire audience heard her singing “Friday” by Rebecca Black. She was then muted again.

“The whole thing was absolutely out of sync,” another audience member said. “You could have filled out the entire Gettysburgian Bingo Board from that concert.”

In a Zoom chat message likely intended to be delivered privately, but which was sent to the entire audience, one choir member said, “Bro I totally didn’t listen to the recordings on Moodle.”

Another asked in response, “Has anyone ever heard this song before?”

In spite of the haters, Director of Choral Activities Rob Natter claimed the concert a victory. At the end of the concert, as the singers finished at various times, Natter turned to the camera with a smile and said, “And that’s all the songs we know.”