The Gettysburg College faculty dispensed with its agenda in a mere 22 minutes on Thursday afternoon. During that time, it passed a motion to approve a restructured major from the Management Department entitled “Business, Organizations & Management.”

The faculty spent two entire meetings last spring debating a proposal from the Management Department to add a dual major in business before the department withdrew the motion after learning of several planned amendments. A new proposal came to the floor at the faculty’s first business meeting this fall; no objections were raised, and the motion returned to the floor Thursday for a vote.

A handful of faculty members did offer substantive comments on the proposal, but discussion subsided well before the allotted 40 minutes for debate had expired.

Assistant Professor of Classics Rachel Lesser expressed her concern that the major, which will require the hiring of two new faculty members. She added that the new major could grow at the expense of smaller departments such as hers and inquired about the possibility of a cap on the number of students majoring in business. Chair of the Management Department Heather Odle-Dusseau responded that the original proposal had a cap, but that she saw no reason to add one to this proposal. Nevertheless, of departmental enrollment, Odle-Dusseau added, “We do expect it to grow.”

Associate Professor of Music Education Russell McCutcheon noted that the Student Enrollment & Retention Committee, which he chairs, voted unanimously to endorse the proposal.

Professor of Economics and Chair of Public Policy Program Charles Weise, who was critical of the original proposal last spring for expressing a desire to be interdisciplinary while lacking substantive connections to other departments, asked for a comment from the Faculty Finance Committee, noting that he has concerns with where funding for two new tenure-track faculty members will be found.

Faculty Finance Committee Chair Beth Campbell-Hetrick, an associate professor of mathematics, responded that the committee endorses the proposal because of an anticipated increase in the number of applications to the college. The committee, she said, recommends the college pursue new fundraising and transfer of prior-year surpluses to the college’s endowment. President Bob Iuliano said in September that preliminary conversations with potential donors have indicated interest in financially supporting new faculty positions towards new faculty hiring.

In an email, Odle-Dusseau said that the department looks forward to developing the major in the coming months.

“The members of the Management Department are happy that the faculty have passed this proposal so that we can focus on working to transition into the new major,” she said. “We are looking forward to providing a liberal arts major that responds to the student interest in Business at Gettysburg College, as well as serves the institutional good of the College.”

She did not provide an explicit timeline, but, in September, said that, if the motion passed, students could begin taking courses towards the new major during the 2020-21 academic year as the department can currently staff many of the courses involved while hiring takes place to support some of the upper-level business courses in marketing as well as the required core course in ethics. The Class of 2023, thus, would be able to pursue the major if it is approved this year. 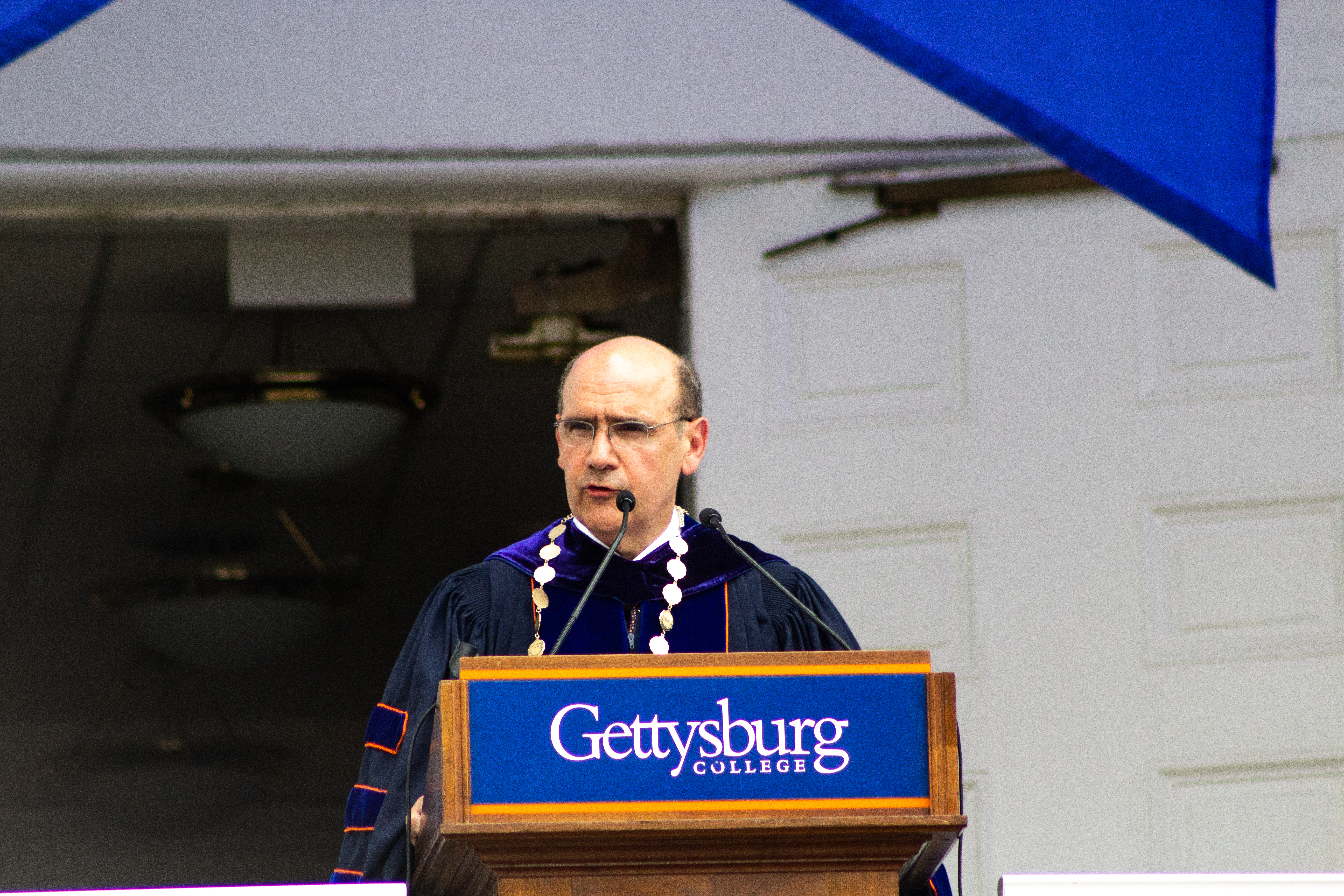 Iuliano gave a brief president’s report in which he thanked faculty for participation in Inauguration Weekend activities and announced the retirement of Barbara Fritze after her 18 years of service as the college’s Vice President of Enrollment & Educational Services. He acknowledged that the search committee for Fritze’s replacement will include, among representatives from other campus constituencies, two faculty members: Professor of Chemistry Shelli Frey and Associate Professor of Environmental Studies (and former chair of the Student Enrollment & Retention Committee) Monica Ogra.

Provost Chris Zappe announced that Associate Professor of Health Sciences Josef Brandauer had been selected to succeed Julia Hendon as Director of the Johnson Center for Creative Teaching and Learning upon Hendon’s departure from the role at the end of the semester ahead of her upcoming retirement. Zappe also announced that Stephanie Sellers, who has taught in the English and Women, Gender & Sexuality Studies departments for almost 20 years, has been promoted from Adjunct Associate Professor to Adjunct Professor.

The faculty will meet next on Thursday, Oct. 17.