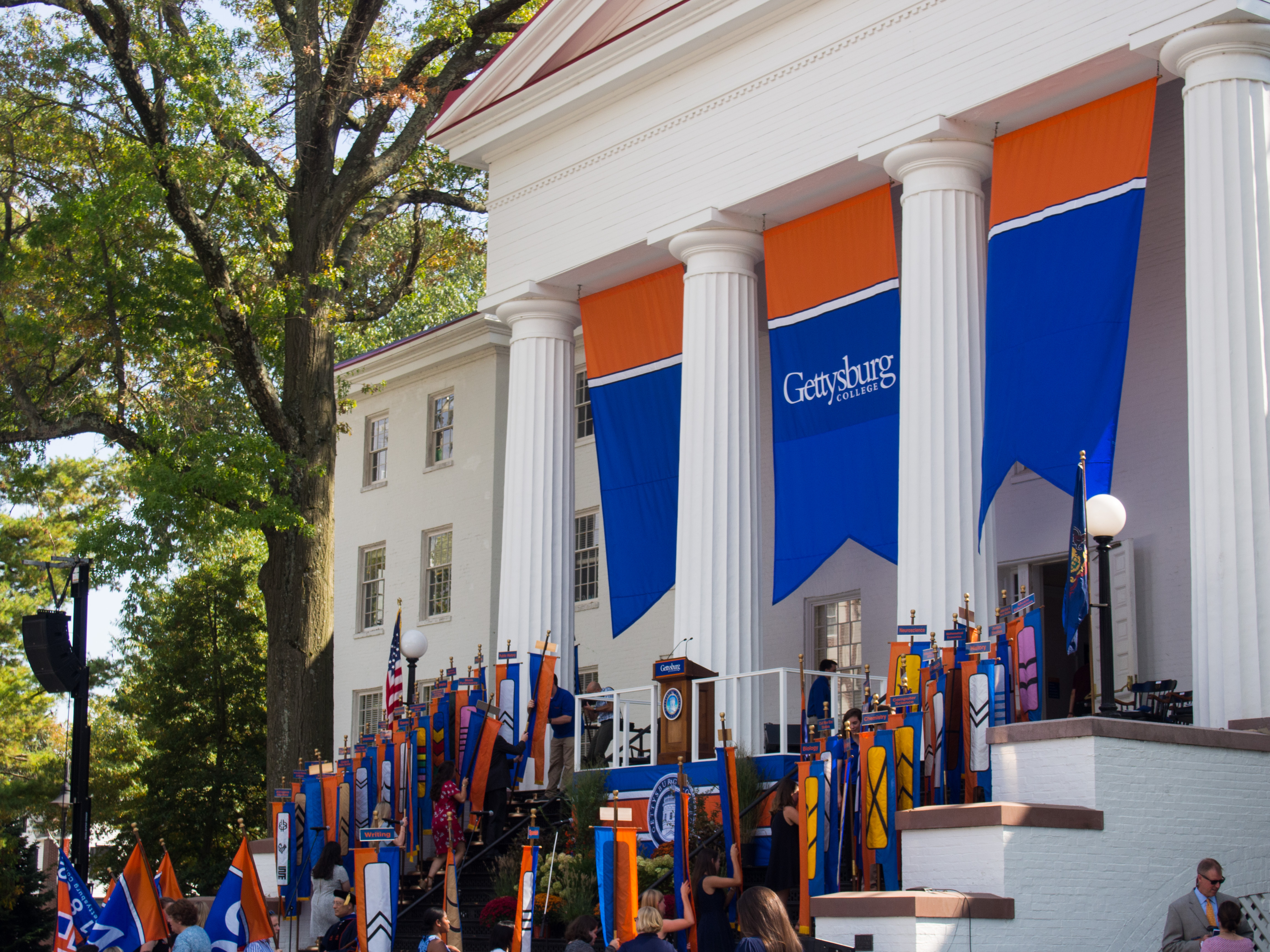 Mullis comes to Gettysburg from Washington & Lee University in Lexington, Virginia, where he has served since 2006 as Executive Director for University Development.

“Tres emerged from an exceptionally strong field of candidates as the individual with the depth of experience, passion, and skills to lead a dynamic development program at Gettysburg College,” Iuliano said. “In my many conversations with Tres over the past few months, I have come to understand the deep level of commitment he has to the institutions he serves and for his appreciation for Gettysburg’s mission and strong sense of community.”

At Washington & Lee, Mullis reported to a Vice President of Advancement, who reported to the president, whereas, at Gettysburg, the VP of DAPR reports directly to the president. Mullis is the first President’s Council appointee of Iuliano’s presidency. A search is underway for the second: a new Vice President of Enrollment and Educational Services to succeed Barbara Fritze, who will retire at the end of the year.

In 2015, Washington & Lee (W&L), which Gettysburg considers one of its aspirant peer institutions, concluded a capital campaign in which it raised $542.5 million, exceeding the goal of $500 million, and, according to a prospectus for an open position in its Gift Planning office, is planning to launch a $650 million capital campaign in 2020. According to that same prospectus, in concert with W&L’s Vice President of Advancement, Mullis played a “leading role” in the half-billion dollar campaign.

As part of that campaign, the university unveiled the W&L Promise, which guarantees students whose families earn less than $100,000 annually a grant at least equal to tuition. Overall, the campaign helped the university increase spending on financial aid by 225 percent.

In addition, the percentage of W&L’s operating budget revenue from endowments and annual giving climbed to 48 percent compared to 38 percent from tuition.

The State of Fundraising at Gettysburg

Iuliano signaled at the Nov. 7 Gettysburg College faculty meeting that reducing the college’s reliance on tuition as a primary stream of revenue is among his early priorities as president. He called it “not really arguable” that new revenue streams would be necessary to remain on strong financial footing. In August, Iuliano alluded to this year’s discount rate — the percentage of tuition revenue offset by financial aid — being higher than anticipated as the college enrolled fewer students than anticipated, a combination that added financial strain as the college considers how to prepare for changing demographics that suggest fewer students will attend colleges particularly in the northeast in the coming decade.

Gettysburg concluded its most recent capital campaign last fall and raised $160 million, exceeding the campaign’s goal of $150 million. That campaign, called the “Gettysburg Great” campaign, was the largest in the college’s history, lasting seven years. Within one year of its conclusion, both Vice President of DAPR Bob Kallin and President Janet Morgan Riggs retired.

Of the campaign, Kallin said in an Oct. 2018 interview with “On Target,” The Gettysburgian‘s podcast, Kallin said that one key to success, in contrast to the college’s “Unfinished Work” campaign that spanned from 1999-2004, was that the Gettysburg Great campaign focused on a few simple goals including student scholarship support, endowed positions for faculty members, and engaged learning opportunities, and had strong support from the college’s Board of Trustees, whose members contributed 28 percent of the $160 million raised.

One area in which that campaign fell short was in fundraising for facilities including a yet unrealized plan to renovate Plank Gym into a “global center” to bring areas focused on the college’s strategic initiative towards internationalization under one roof.

“We struggled, candidly, with that,” he said. “Gettysburg has had a history of falling short in facilities fundraising.”

Additionally, the college’s endowment must be a central focus for college fundraising in the future, Kallin said, noting that Gettysburg got a “late start” in endowment fundraising and has long lagged behind peer institutions. When Charles Glassick took over as the college’s president in 1977, the endowment totaled only $4 million, and, though, by the end of his presidency 12 years later, it had reached $35 million and currently sits at $331 million, the endowment per student figure of $119,000 is only 57 percent of the average for the college’s closest peer institutions. Endowment fundraising was not central to the Unfinished Work campaign, but the college did raise more than $90 million for the endowment as part of the Gettysburg Great campaign. Other colleges, though, are not sitting still, which heightens the urgency of building the endowment, Kallin said.

“Time is critical in any kind of endowment conversation,” Kallin said. “When you start with a lower base and you have five-percent growth, the gap gets wider and wider the further out you go. Trying to play catch-up is a tough game. It really is.”

Mullis, whose son is a member of the Gettysburg Class of 2023, will begin in his new role on Feb. 24, 2020. Betsy Diehl, who had served as Interim Vice President of DAPR, will return to her position as Associate Vice President of the division at that time.