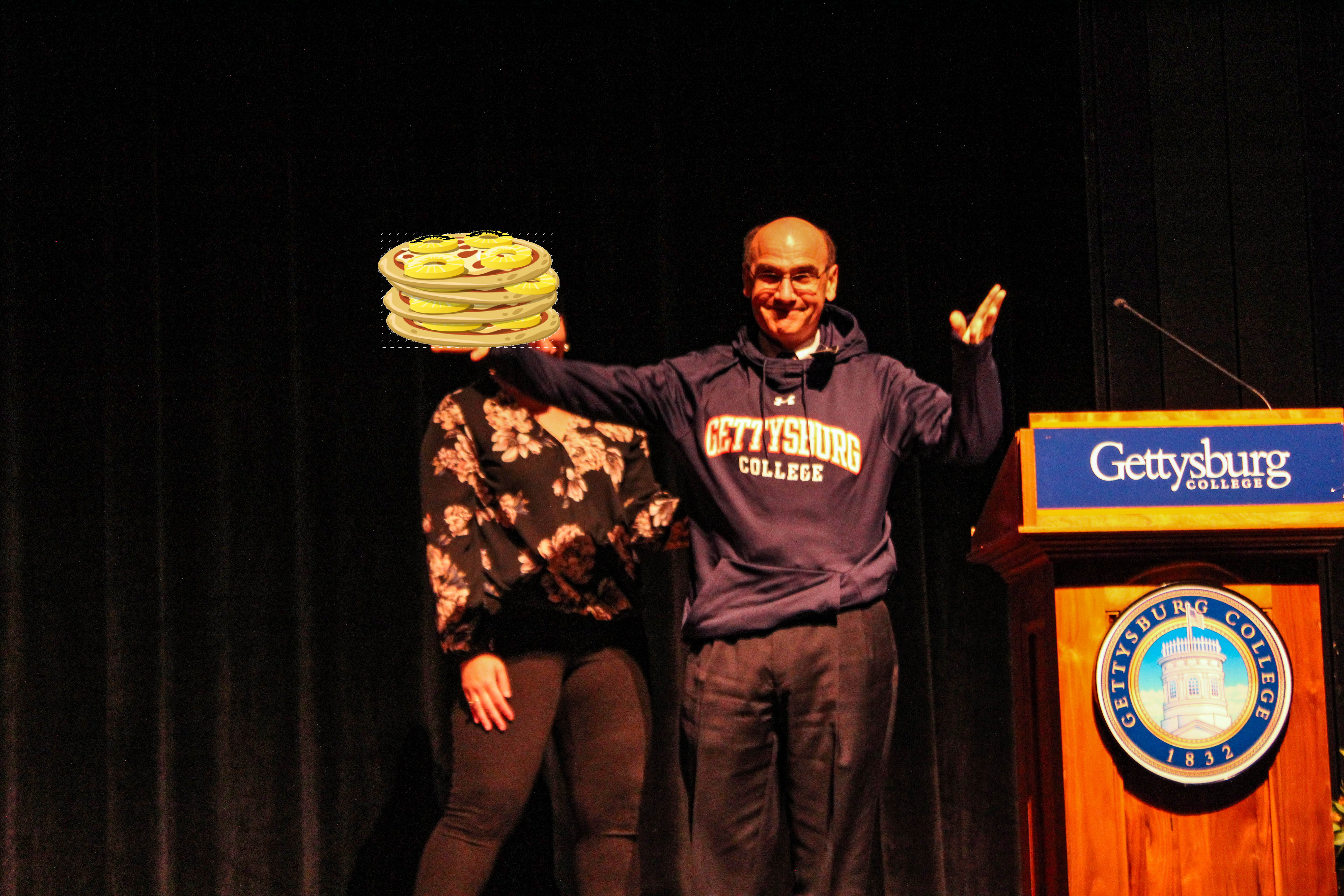 Watch out, Servo Cookies! There’s a new sheriff in town.

Since being elected as President-Elect at Gettysburg College, Bob Iuliano, an avid supporter of the infamous “Pineapple on Pizza” debate, has devised a plan that he hopes will convince students to love the divided food as much as he does.

In a recent interview with The Gettysburgian, Iuliano revealed his love for Hawaiian pizza: “One of the things I like to do is make homemade pizza from scratch. For those of you who do not believe that pineapple belongs on pizza, I’m going to have to have you over when I move in, and we will have to test that proposition.”

Since the interview, The Gettysburgian has learned that Iuliano plans to flood campus with pineapple pizza, and even go as far as to make it the official food on campus. He hopes to make the delicacy readily available to students in all dining centers of campus including a section of Servo, Pi at The Bullet Hole, and even The Dive, for that perfect post-workout snack.

Students on campus are as much divided about Iuliano’s decision to “flood” campus with pineapple pizza as they are the tropical taste of fruit and ham on a pizza.

“I’m allergic to pineapple, so that’s gonna be a hard ‘no’ from me,” said an anonymous anti-pineapple on pizza student.

Since devising Project Pineapple Pizza, even supporters of the tropical treat are wary of the diet change.

“Don’t get me wrong, I love pineapple on pizza,” an anonymous Hawaii native assured The Gettysburgian, “But I think I’ll get tired of eating it every single day.”

It’s safe to say that Iuliano would not grow tired of eating pineapple on pizza every day, and he plans to extend the array of Hawaiian pies to the Atrium Dining for him and the faculty to enjoy.

Some supporters of pineapple on pizza are ecstatic for the change. An anonymous Hawaiian pizza fan told The Gettysburgian, “I can’t wait to see what our future president does with pineapple on pizza. Finally, my dreams of food options are coming true.”

A source told The Gettysburgian that Iuliano may get creative with his Hawaiian pizza options and add Hawaiian pizza bites, pineapple Servo cookies, and pineapple-themed food care packages to the menu.

“I want pineapple on everything! Thank you, President-Elect Iuliano!” one Hawaiian pizza fan declared.

Students, faculty, and staff can be on the lookout for Gettysburg’s new president, who will begin his job in July of 2019, if his presence is not already apparent by the abundance of Hawaiian pizza on campus.