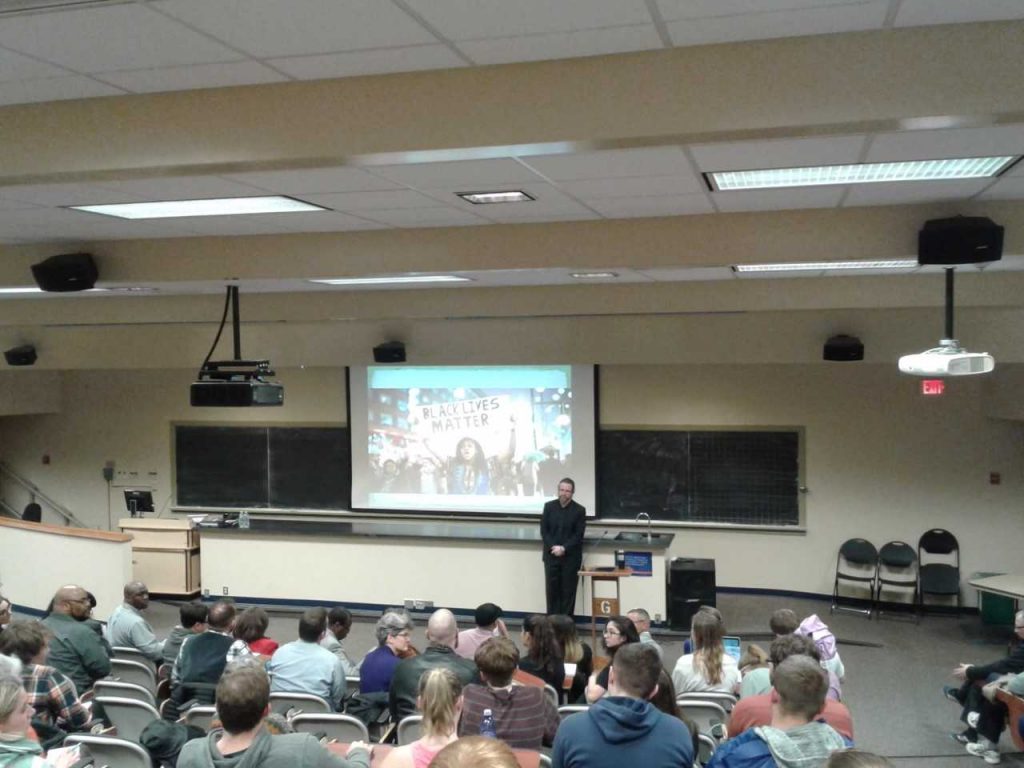 Dr. Derrick K. Gondwe was born in Enukweni, Malawi in 1942. He graduated from Lake Forest College before receiving his Masters Degree from the University of Wisconsin, and his Ph. D from the University of Manitoba. At Gettysburg College, he served on the faculty of the economics department for 27 years, founded the African American Studies Program, and became the first black person to receive tenure and to become a full professor at Gettysburg. After his death in 2004, a grant from his first host family in the United States, William and Gayle Keefer, allowed for the Derrick K. Gondwe Memorial Lecture on Social and Economic Justice to become an annual event beginning in 2006. The 12th annual Gondwe Lecture was held Thursday evening. 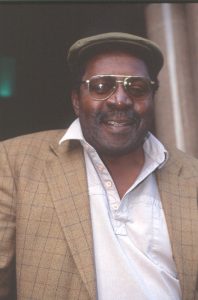 Dr. Eileen Stillwaggon, a former colleague of Gondwe’s in the Economics Department,  shared her memories Gondwe prior to the lecture, noting that she traveled to Malawi in 2007 and met one of Gondwe’s brothers, Goodall Gondwe, who works as the country’s Minister of Finance. Goodall told Stillwaggon that his brother Derrick had influenced many of his actions, actions that contributed to significant growth of Malawi’s economy.

Dr. Scott Hancock, Associate Professor of History & Africana Studies, described Gondwe’s influence on him early in his career as a person of color on the college faculty, and then he introduced this year’s Gondwe lecturer: Dr. Edward Baptist, Professor of History at Cornell University and winner of the 2015 Hillman Prize for Book Journalism for his work The Half Has Never Been Told: Slavery and the Making of American Capitalism.

“[Baptist’s] work has had a significant impact that has extended beyond academia,” Hancock said.

Baptist opened his lecture by noting he had started writing the address on Feb. 5, 2018, the day that would have been Trayvon Martin’s 23rd birthday; Martin was killed in 2012 by George Zimmerman, who was subsequently found not guilty of murder in 2013.

Baptist argued that 2013 marked more than 300 years of “George Zimmermans [being] set free” to commit legal murder in America.

Baptist believes that the laws and media of the United States have led to the “perpetual policing of black people,” as media advertisements “sensationalize stories of black crime,” and even gradual emancipation plans implemented as solutions to slavery in northern states were simply “imposing the idea of criminality on the image of African Americans.”

Baptist noted that, in Pennsylvania, freed black slaves were seized and taken back to slavery in Southern states. He traced the history of several laws and practice in Pennsylvania that institutionalized racial oppression and discussed advertisements that appeared in Pennsylvania newspapers encouraging the capture of anyone who resembles wanted runaway slaves.

Baptist believes that African Americans have been continually portrayed in the form of three threats: “danger, dependence, and domination of politics.”

For years, Baptist noted, African Americans were kept out of politics for fear they would dominate it, but the “white police instinct” is about mobilizing and uniting the white population by repressing and lowering the status of African Americans.

Today, the policing of African Americans is still seen in “formal and informal policing traditions.”

“History does not repeat itself,” Baptist said. “It is constantly accumulating new causes.”

Between 2040 and 2050, the United States is projected to become a majority non-white nation, and with this new change comes new causes, but Baptist said the future can be different.

“When you pull up the new cause,” he said, “maybe, just maybe, you can pull up the root.”