Music Education Is Here to Stay 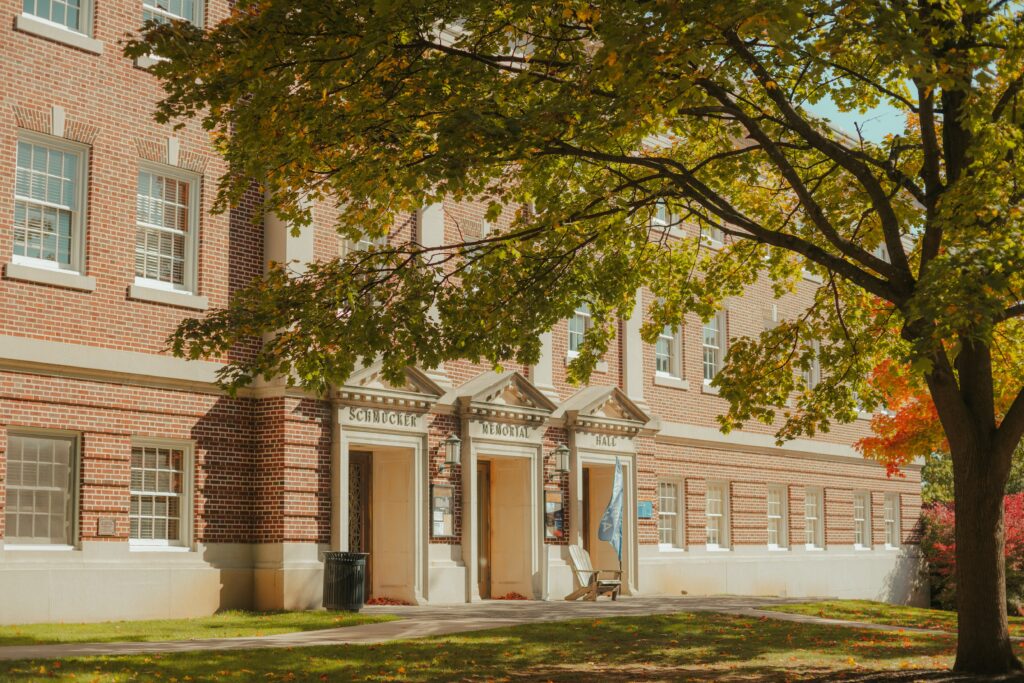 By now, it appears to be common knowledge that Gettysburg College will no longer provide education certifications for the classes of 2025 and beyond. While the college has not provided an adequate explanation for this decision, one thing can be said for sure: music education will not be affected by this choice.

As of right now, the only way to leave Gettysburg with a certification to teach, beginning in 2025 and extending from then on, will be to graduate from the music education program within the Sunderman Conservatory. Dr. Russell McCutcheon, the current director of music education, explained that music education is actively recruiting future students for the program despite the College’s loss of the general education certification.

McCutchen has newly assumed this position following the former director, Dr. Brent Talbot’s, departure at the end of the last academic year. This is McCutcheon’s second time holding this position as he acted as the Director of Music Education a few years prior to Talbot’s arrival in 2010. He remains optimistic about the future of music education at Gettysburg.

Music education students represent a small cohort of Gettysburg College with about 20 to 30 students in the program throughout all four class years. According to McCutcheon, “that’s the right number of people for the size of [Gettysburg College] and for the number of faculty that we have.” In 2023, however, only three students will be graduating from the music education program, which is just less than half of the average number of graduates for a typical year.

One of these students, Owen McGowan ’23, noted that music education is quite time consuming. In fact, it is a 36-course major, rather than the College’s required 32 courses, in order to meet the Pennsylvania Department of Education’s requirements for music education certification. Some of these classes, such as orchestras and ensembles, are not full credit courses, meaning that music education is a demanding major. It is for this reason that the program produces, on average, less than ten students at graduation. 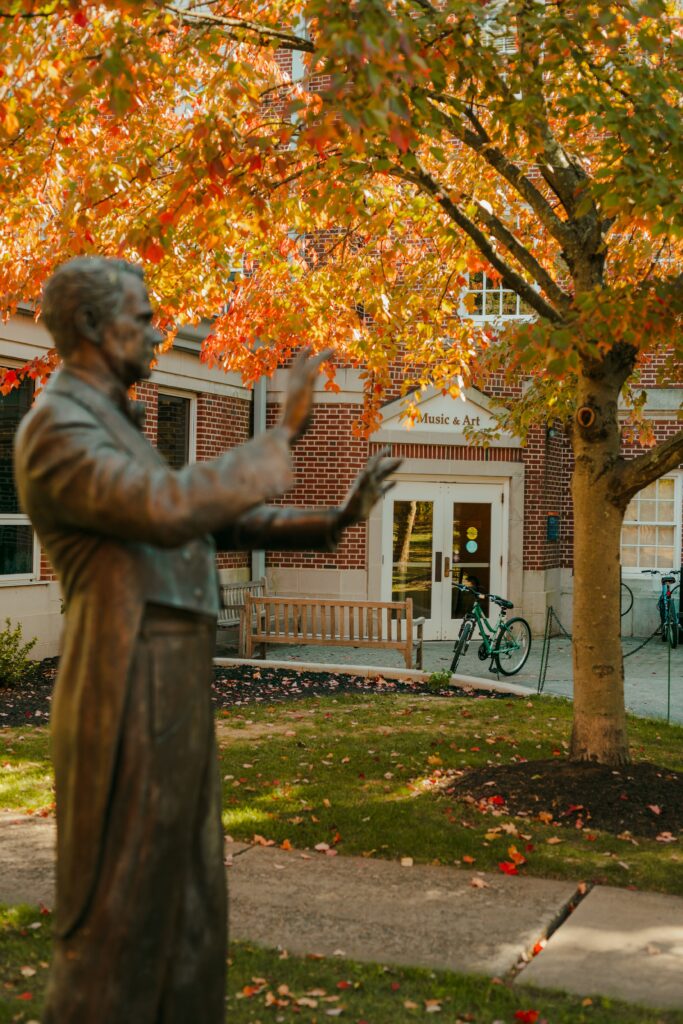 Music education truly embodies what it means to be small but mighty. Students in this program are incredibly prepared for the working world, as students are in K–12 schools as early as their first year. Throughout all four years, music education students are getting classroom experience. Their capstone is a full semester of student-teaching during the spring of their senior year that is split between teaching in elementary school, then either middle or high school. All of these requirements assist music education students in ensuring that they are meeting the competencies requested by the National Association of Schools of Music, which is the music education department’s accrediting body. On top of all of this, these students are meeting the requirements of the Gettysburg curriculum.

For students like McGowan, the hard work is well worth it. McGowan knew he wanted to be a music teacher as early as elementary school, and he has found his experience in the Gettysburg music education department to be great overall. When asked about the impact of the pandemic, McGowan explained, “we usually do observations in the field, so that was obviously cut… but overall, [the music education experience during the pandemic] was pretty good.”

McGowan looks forward to his time as a student teacher to obtain a greater grasp on what age group he is interested in teaching upon graduation.

It is dedicated students, like McGowan, that make the program so small, yet so successful. McCutcheon shared that he can confidently say that since 2007, there has been a 100 percent placement for music education graduates. While not every single placement is directly into a school, as some pursue graduate programs, the students that graduate from this program are on track for success. Music education students have been incredibly involved in state-wide programs as well.

McCutcheon specifically noted a former student, Amanda Herold ’22, who first served as the Region V Coordinator (composed of 15 counties) of the Pennsylvania Music Educators Association (PMEA)’s collegiate arm and later served as the president of the same association—a position she was elected to by her peers. In this position, Herold organized over 4,000 members engaged in music education throughout the state. She was also not the only Gettysburg student to hold the position of Region V’s Coordinator. In fact, many leadership positions are available through the music education program. McGowan, too, plays an important role within Gettysburg’s music education program as Gettysburg’s Collegiate National Association for Music Education (CNAfME) chapter president. This organization meets monthly to discuss relevant topics for music education that may not necessarily be covered in a course.

McCutcheon believes that this is what sets Gettysburg’s music education program apart. “All colleges and universities in Pennsylvania offer the same certification,” he says, “but I think one of the things that really sets us apart is we are truly committed to the idea of [a] comprehensive approach to music education.”

Music education is a very particular program that prepares students to be music teachers, and it is for this very reason that it is not necessarily comparable to the more general education certification that permits students to teach a variety of subjects. While many have expressed confusion and sadness at the loss of the education certification through the college, it must be recognized that the music education program has not, and does not operate under the same guidelines, and it is for this reason that music education continues to recruit new students.

According to McCutcheon, the music education program’s goal is to form students who will “be effective teachers and effective conductors.” It is that second goal that significantly distinguishes music education from the nearing extinction of the education certification. The program is truly about music, and as McCutcheon has expressed, “music [education] is going strong.”

This article originally appeared on pages 6–7 of the October 2022 edition of The Gettysburgian’s magazine.