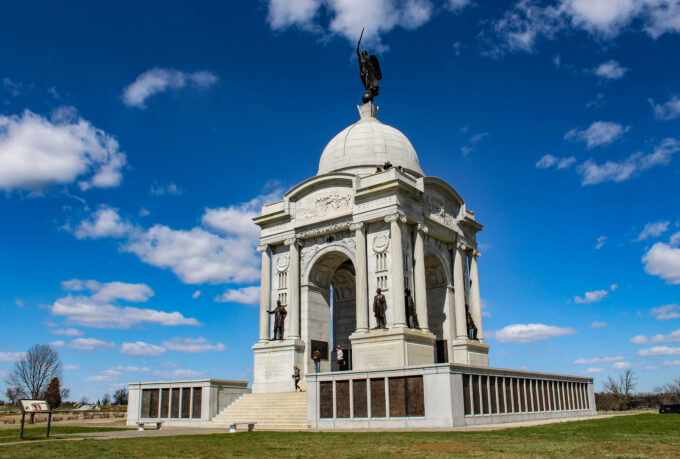 At the Oct. 7 faculty meeting, faculty voted to move forward with the proposed online master’s in American history program in conjunction with the Gilder Lehrman Institute (GLI). The program, aimed at high school history teachers, will be taught by scholars from around the country, and will operate under the auspices of Gettysburg College, starting in the fall of 2022.

At the Sept. 9 faculty meeting, President Bob Iuliano and Provost Jack Ryan brought the proposed partnership with the Gilder Lehrman MA in American History program to the table for discussion.

“What we’re doing here is just adding an online program for adult learners,” Ryan said. “It has nothing to do with our undergraduate population. It has everything to do with helping students all across America better understand American history.”

The 30-credit degree program is fully accredited and open to K-12 educators with a bachelor’s degree who are affiliated with the GLI, in addition to librarians, National Park employees, district supervisors, and museum professionals. Master’s candidates are required to take ten three-credit courses, including a historiography and historical methods course and a capstone or thesis.

Online courses will be taught by distinguished faculty on a variety of topics, including “Women in the American Revolution,” “Race and Rights in American History,” “The American Civil War,” and “World War II.”

“Most of the courses that are already in place are really taught by significant teacher-scholars—names that resonate with people, like David Blight, [who has] a recent book about Frederick Douglass, [and] Catherine Clinton—she helped us begin our Civil War Studies program,” said Ryan.

The lectures are asynchronous; master’s candidates are able to attend between three and five synchronous discussion sessions with the teaching assistant assigned to the course.

A total of 837 students are currently enrolled in the program; each three-credit course costs $750, totaling $7,500 for the entirety of the master’s program for one student.

GLI President Jim Basker proposed bringing the program to Gettysburg in May 2021. The program currently operates under Pace University, and was housed at Adams State University in Colorado prior to that.

After the initial proposal, Ryan, Iuliano, History Professor Tim Shannon and Provost Chris Zappe held a meeting in June with the GLI’s Basker, Chief Operating Officer Kathrine Mott, and Assistant Director of the MA Program Josh Burnett. Shannon presented questions to the GLI at the meeting, and the history department agreed to move forward with the program.

“The history department was very pleased that Bob and Chris and Jack brought the proposal to the department to vet it, and we took that responsibility seriously,” History Department Chair Dina Lowy said. “We asked for syllabi, we wanted to check on the academic rigor of the program, and we were satisfied with what we saw.”

Following the meeting, Gettysburg devised a cross-divisional working group of faculty and staff to discuss the program.

“The working group’s charge was threefold: [First], evaluate the College’s technical readiness to support a program like this, and the resources that we might need to scale up to operate the program. Number two, evaluation of operational and administrative readiness in the ongoing incremental resources that we would need to support a program of this magnitude. And three, identifying the federal, state, and Middle States requirements for offering the program,” Ryan said.

At the Oct. 4 meeting, the faculty voted on the Gilder Lehrman MA in American History program with 114 yeas, 14 nays, and 17 abstentions, causing it to pass by a large margin.

The College plans to submit the substantive change documents and State Authorization Reciprocity Agreements for authorization of the postsecondary distance education by Jan. 1, 2022. The approval time following submission of these documents could take four to six weeks.

Before the GLI brought the proposed sponsorship of the MA in American History to Gettysburg, the College prepared a substantive change document for the Middle States Commission on Higher Education in the fall of 2020 to reflect the online offerings for courses during the pandemic.

“[The document] gave us a bit of a dry run, so now we know what to do, at least with the first document that we have to complete the substantive changes,” Ryan said.
The program will likely have more than 500 active students when the program transfers to Gettysburg for the fall 2022 semester. 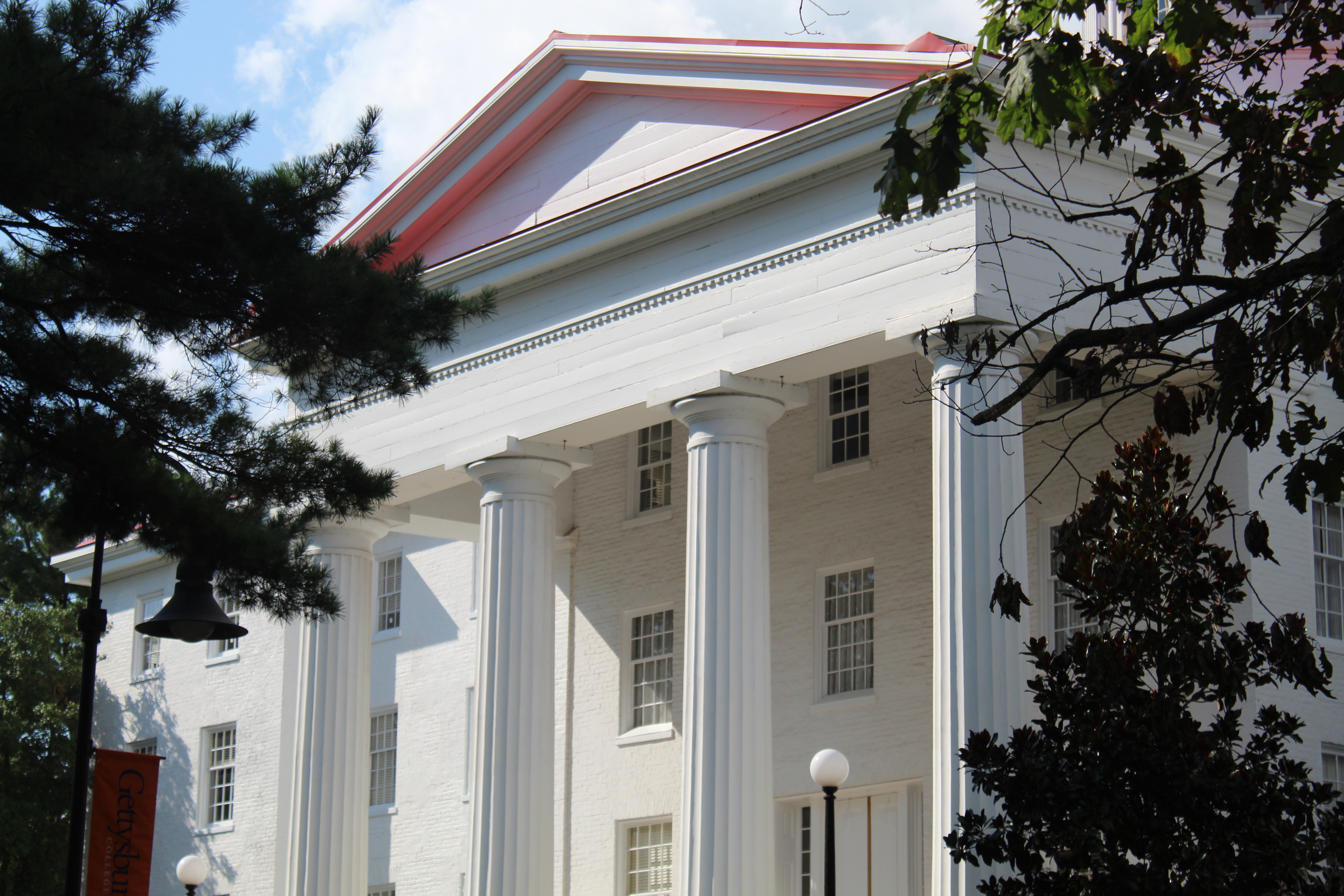 Gettysburg’s connection to the GLI goes back to 1990, when the College first partnered with philanthropists and businessmen Richard Gilder and Lewis Lehrman to create the Lincoln Prize, an annual award given for excellence in scholarly work on Abraham Lincoln.

“The GLI has hosted a number of summer workshops here on campus, and has been an essential partner in the implementation of the College’s Civil War Institute,” Ryan explained.

In 2014, the GLI asked Gettysburg to pilot the master’s program by recording online courses taught by three-time award-winner of the Lincoln Prize and former History Professor Allen Guelzo. The successful course ran as part of the Gilder Lehrman Institute of American History’s Self-Paced Course offerings, and Guelzo taught another GLI course in 2016.

The GLI asked Gettysburg to consider the MA in American History in 2017, when their sponsorship with Adams State University came to an end due to reaccreditation issues, and Gettysburg considered the program, but did not have enough time to implement it.

In 2018, Gilder and Lehrman, in conjunction with the National Endowment for the Humanities (NEH), established the Gilder Lehrman NEH Professorship of Civil War Era Studies at Gettysburg. The endowment, which exceeds $2,000,000, was initially held by Guelzo and is now held by History and Civil War Era Studies Professor Jim Downs.

Bringing the GLI to Gettysburg

Gettysburg will assume oversight of the program in place of its previous sponsor, Pace University. The program did not prove cost-effective for Pace, nor was their sponsorship indicative of a connection to American history. The sponsorship terminated after the three-year contract lapsed. The GLI found that Gettysburg’s sponsorship better reflected the connection to United States history, though the GLI has not expressed directly why they ended the sponsorship under Pace.

The program will not impact Gettysburg’s Carnegie Classification, which classifies the College as a Baccalaureate College with Arts & Sciences Focus. When the partnership is finalized, students will receive a diploma from Gettysburg upon completion of the master’s program; GLI is not an accredited university.

The history department at Gettysburg will be a part of strategic planning for the program, with the opportunity to review the syllabi and serve on the faculty. Half of Gettysburg’s history professors are Americanists, and Professor Downs will be offering a GLI course in the spring.

“We think this would be a welcome addition to our programming and a valuable connection for Gettysburg College to teachers throughout the US,” Lowy said on behalf of the history department.

At the Oct. 7 faculty meeting, President Iuliano addressed the reasons behind partnering with the GLI for the master’s program. He spoke about how the program meets Gettysburg’s strategic goals in attracting a robust student body, and provides another source of revenue to support the College’s “expensive” model.

“Our educational model is inherently expensive because it’s a model that emphasizes high-touch, high quality interactions between faculty and students and indeed across the entire student experience,” he said. Contributing factors to the expense include no graduate assistance, small class sizes, and the co-curricular and extra-curricular environment. “All of this adds up to a remarkably effective education, but again, an education that is really expensive to support.”

Iuliano also mentioned that the 80 percent of the College’s operating budget comes from tuition, room, and board, but the net tuition the College receives from students is steadily declining due to various reasons, such as income inequality, demographic changes, skepticism about the value of education, and increased competition.

“The competitive landscape for a decreasing number of students attending college has become more and more intense. … The average first-year this year is paying $10,000 less per student than the average student did just eight years ago, and that’s even with the tuition increases that have happened over that time,” he said.

“So, in short, we have a high reliance on traditional tuition revenue. And that alone is no longer a winning strategy. We have to diversify our sources of revenue.”

The revenue concerns coupled with the College’s challenges with yield—which has declined by 50 percent since 2012—caused the College to look to the Gilder Lehrman MA in American History as an outside source of revenue. The College also identified with the GLI for its history with Gettysburg, its reputation and academic rigor, and reach to high school teachers in an affordable, fully online opportunity.

“I think it’s a helpful step towards generating additional resources, both fiscal and enrollment, to permit us to do what drew us here in the first instance and that is supporting a vibrant liberal arts and sciences education, in which our students and faculty can thrive,” Iuliano said.

This article originally appeared on pages 4–6 of the December 6, 2021 edition of The Gettysburgian’s magazine.