Home » Magazine » Bite the Bullet and Change Our Mascot: The Historical Mascot Debate

Bite the Bullet and Change Our Mascot: The Historical Mascot Debate 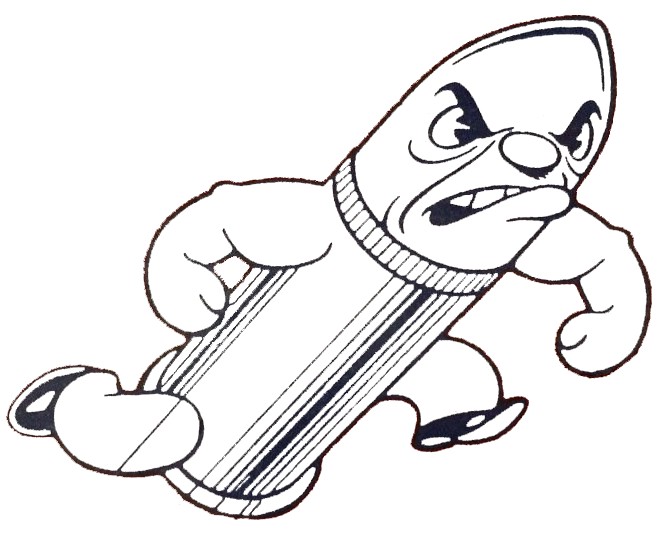 By The Gettysburgian Editorial Board

Gettysburg College prides itself on its role in American history. The battle that was the turning point in America’s war for a “new birth of freedom” happened here on campus: Pennsylvania Hall was used as a hospital during the battle. David Wills, a College alumnus, invited Lincoln to speak, and students walked to the Gettysburg National Cemetery to witness the Gettysburg Address. This connection to history is the heart of Gettysburg College.

So how do we as a College most frequently recognize our connection to “those who here gave their lives that that nation might live”? With our mascot, the “Bullet.” By identifying our school spirit with the weapon that took those lives.

As early as 1924, The Gettysburgian referred to the College’s sports teams as the “Bullets.” On April 30, 1924, a Gettysburgian headline read “Battlefield Bullets Get Revenge at Collegeville For Previous Defeat On Nixon Field.” That was published 60 years after the Battle of Gettysburg—long enough that students were not so personally connected to the battle or the war. It was long after students continued to find bullets, bones and bloody books in and around Penn Hall for years after the battle. The “Bullet” mascot was a cartoonish representation of Gettysburg history, disconnected from the reality of the battle.

The first iteration of the Bullet Hole opened in October 1953 in Weidensall Hall. It had “jukebox dancing at all times when the fountain is open” and operated 8 am to 11 pm daily. Though the location has moved, the jukeboxes are long gone and the hours are shorter, the name has remained.

More recently in Gettysburg history, Billie Bullet (or Billy the Bullet) was a physical mascot costume. In 1994, a student senator proposed buying a bullet costume to increase school spirit and called for students to submit designs; a single design was submitted (see left). Prior to this, an unknown student used to dress in silver and attend sporting events to represent the mascot. In 2004, students once again tried to instate a physical mascot, but the administration shot down their attempt as well, despite an updated design (see bottom left). In 2010, the unofficial Billy the Bullet costume (see over right) made an infamous appearance in a comedic video response to a Jon Stewart segment in which he lambasted Gettysburg College. Unfortunately, a physical bullet mascot either resembles nothing at all or resembles something that is inappropriate in an entirely different way.

There is also a decades-long tradition of questioning the Bullet as a mascot and arguing that it should be changed. There are articles from 1994, 1999, 2003, 2004 and 2006 either in support or against the “Bullet” mascot. In 1999, Student Senate began debate about the mascot, with history professor Ian Isherwood, then a student, writing in defense of the Bullet.

These more recent debates around the mascot bring us to today. Gun violence in America is rampant; bullets are not historical artifacts but persistent threats. Of course, the bullet has historical relevance here in Gettysburg, but in many other towns around the country it has frightening significance. Students returning to their hometowns in which a shooting has occurred may not be so eager to represent the “Bullets.” Current students have had mass shootings in their towns. Current students have family members who are survivors of gun violence. T-shirts that state “Nothing is Faster Than a Speeding Bullet” seem more like a threat than encouragement outside of campus.

It is objectively disgusting to eat at “The Bullet Hole.” It is an extension of a mascot that is unnecessarily gory, especially for food service. Families visibly cringe or ask questions on tour when they notice the name of the dining service. The name must go the way of the Weidensall jukeboxes.

While it does not seem entirely appropriate for students in 1924 to begin a lighthearted use of the weapon that has killed so many in Gettysburg, it was their decision to choose a mascot that represented them. It is now up to us to choose a mascot that represents us—we are not bound to the Bullets just because students of the past have stuck with it. We are a different generation than they were: we grew up after Columbine and Sandy Hook, practicing active shooter drills. In the same way that it is unfair for us to apply our modern standards for an acceptable mascot to 1924 students, it is also unfair to continue to impose a mascot constructed in 1924 on 2022 Gettysburg. 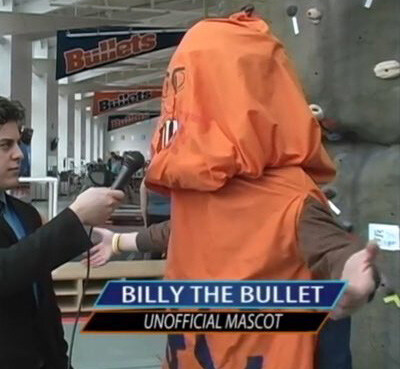 While maintaining traditions is essential to Gettysburg, our most important tradition is pushing for change. Gettysburg College was Pennsylvania College until the name was changed in 1921 to Gettysburg College. The Bullet mascot was adopted around 1924, 92 years after the founding of the College. 98 years later, we are due for another change. Resistance to change is in opposition to the historical meaning of this place: we are here to be a force for change, to not follow tradition for the sake of following tradition.

So if not the Bullets, then what should we be? That should be up to students. Emancipators, top hats, apples, eagles, monuments, squirrels, horses and buggies—just a few of many ideas we have heard students throw around. Some of them silly? Yes. Athletically threatening? Not quite. Could they be turned into a physical mascot that is fun? Yes. Do they bring to mind the mass violence that plagues our country? No.

This article originally appeared on pages 12–13 of the April 25, 2022 edition of The Gettysburgian’s magazine.