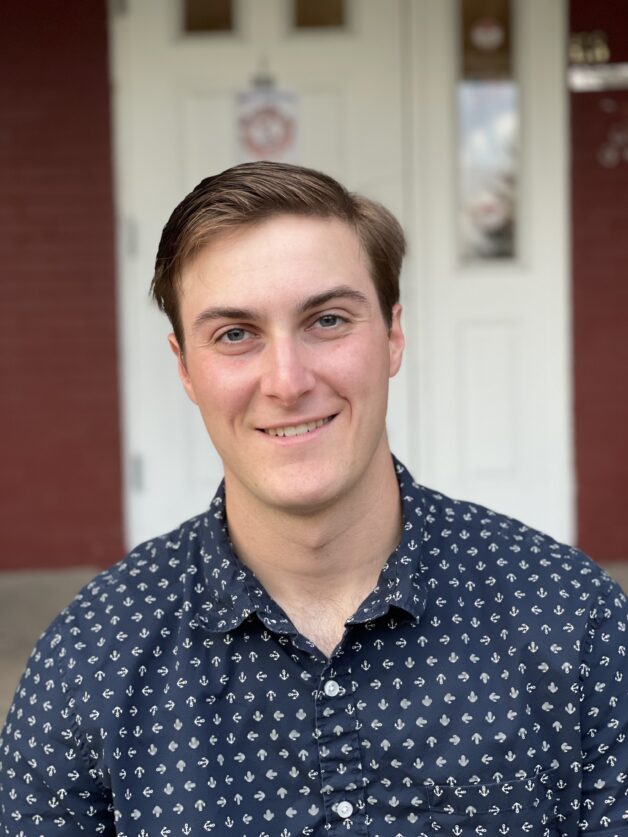 Going into his first year at Gettysburg, Mark Seibert ’22 initially felt unsure about whether he would join a Greek organization. His brother, a 2018 grad, was a member of Lambda Chi Alpha, so he knew about Greek life opportunities before stepping foot on campus.

“I knew that Greek life was here, but I wasn’t really too sure if I wanted it to be a part of my experience,” Seibert explained. His uncertainty quickly fizzled when he became embedded in the campus culture. “My first year, I thought, ‘Yeah, I could see myself doing this.’”

Fast forward three years, Seibert now serves as the president of the Interfraternity Council (IFC), the governing body for Gettysburg’s fraternities. He ended up joining the same fraternity as his brother and taking on leadership roles, including Lamba Chi’s risk manager and the service chair of the IFC.

“I blindly went into joining IFC as a sophomore, but [since] then, I’ve kind of been able to develop my role,” he said. “I’ve enjoyed it though. It’s one of the best random things I’ve walked into.”

The IFC links the five North American Interfraternity Conference fraternities in addition to Lambda Chi Alpha and Phi Delta Theta at Gettysburg. As president of the IFC, Seibert oversees activities for each chapter, their budgets, scholarships, and adjudication for conduct violations.

“[The IFC] is a way for us to organize ourselves in a broader sense and be as one community instead of seven different ones,” Seibert said. “The [IFC] creates one big community that supports each other and holds everyone accountable.”

When Seibert ran for president, he had two primary goals in mind: He aimed to address sexual assault and diversity, equity, and inclusion. Since the start of the semester, Seibert said the IFC has been working on both the goals.

Fraternities have been partnering with the Office of Sexual Respect and Title IX, namely through It’s On Us, a campaign to raise awareness of sexual assault and violence prevention. The IFC is also working to revamp Not In Our House, another violence prevention initiative.

Seibert continues to work toward diversity goals this semester alongside the diversity chair of the IFC, who keeps the group up to date on events. Seibert said he aims to “alter recruitment a little bit to make it more inclusive for everyone.”

“One of my goals is [that] I want to leave Greek life better than I found it, and so I think we’re trending in the right direction,” Seibert said. “I think part of that could be attributed to the pandemic, because it almost gives us like a little bit of a restart … [to consider] what wasn’t working and how we can do better.”

Alongside his goals for inclusion, Seibert has been aware of bridging the gap between non-Greek and Greek students, especially between organizations. For example, fraternities might co-sponsor events with college houses.

“We’re starting to hear that college houses are having parties and [events] that were not sponsored by strictly Greek organizations,” he said.

In Seibert’s role, he sees firsthand the outcomes of not only building a community on campus, but also utilizing a network of fraternity brothers for professional connections.

“We’re definitely more than the social scene, or more than the weekends,” he said. “There’s a lot of behind the scenes stuff that people just don’t know about, like having each other’s back, or leadership development.”

In addition to his myriad roles in Greek Life, Seibert majors in chemistry, plays on the baseball team, and works in the Admissions Office as a tour guide.

This article originally appeared on page 20 of the November 1, 2021 edition of The Gettysburgian’s magazine.