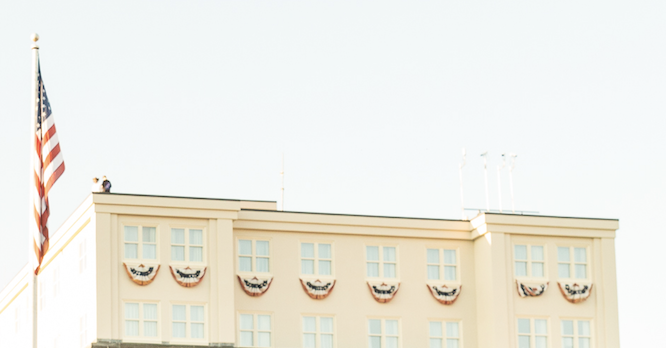 When the college decided to move a group of students into the Gettysburg Hotel last fall, most were happy with their new housing option—especially since there was a rumor circulating that room service would be covered by their meal plans.

A recent Gettysburgian investigation, however, debunked this widespread myth and found that students living in the hotel were racking up charges on their student accounts. Some, like Daisy Daniels ‘22, now owe the college thousands of dollars.

“It’s just unbelievable—I thought ordering room service was the equivalent of using a meal swipe,” said Daniels. “My king-size bed and jacuzzi are simply not worth the financial conundrum I seem to have gotten myself into.”

Many students chose to live large, ordering menu items like caviar to snack on while attending their Zoom lectures.

“Who wouldn’t take advantage of what seemed like an amazing opportunity in the middle of an academic year that has been so disruptive?” said Frank Jones ‘23, as he doused a freshly baked baguette with truffle oil. “With a menu full of options, it was impossible not to order the lobster every night. Pennsylvania has the best lobster, after all. Everyone knows that.”

When asked about why he’s continued to indulge in the hotel’s most expensive menu items despite knowing that he owes the college a grand total of $16,764.82, Jones sighed. “I just can’t go back to Servo,” he said with tears in his eyes and crumbs on his face.

Since students have begun paying back these significant room service charges, the college’s deficit has begun to shrink at an astounding rate, dropping by more than $4 million dollars within the span of one week.

When asked whether or not there was a correlation between these room service charges and the shrinking deficit, a spokesperson from the college had a quick and simple response: “There’s no way we could have predicted this, but we sure are lucky that our students have developed a taste for foie gras.”