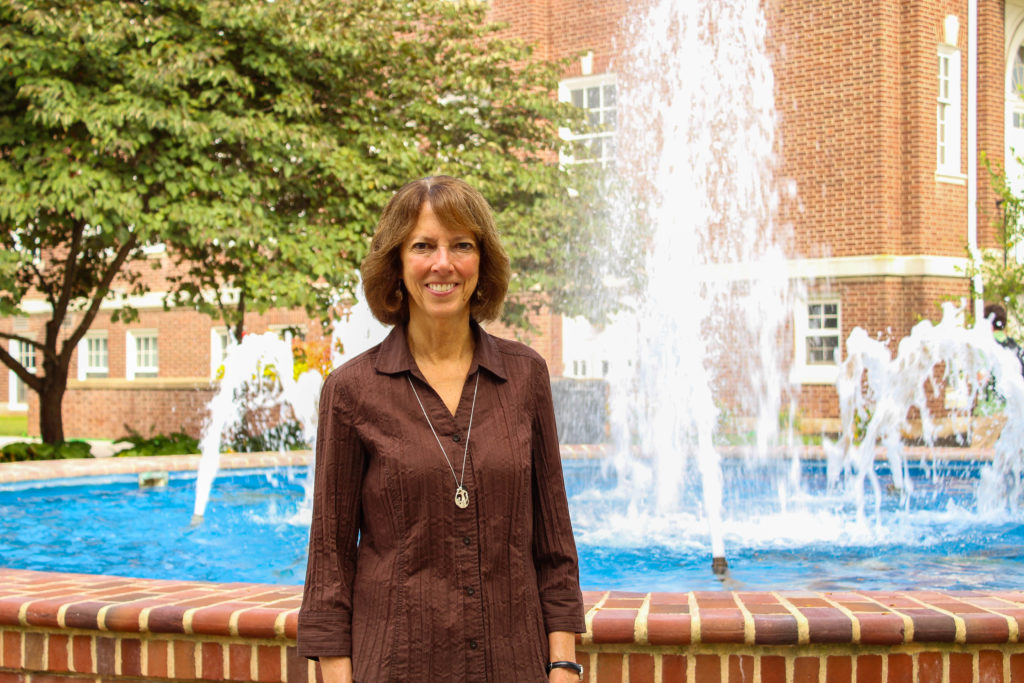 364 days after she informed the faculty of her plan to retire after the 2018-19 academic year, President Janet Morgan Riggs was the subject of two valedictory speeches and a faculty resolution  — and was serenaded with a surprise musical presentation from Camerata — at the final faculty meeting of the academic year.

Prior to the celebratory components of the meeting, Chair of the Management Department Heather Odle-Dusseau announced that she had withdrawn her department’s motion for a dual major in business. The motion had been the subject of discussion at the faculty’s two preceding meetings on Apr. 4 and Apr. 18. At the latter meeting, the faculty seemed poised to vote before a motion to delay that vote to Thursday afternoon was passed. Ultimately, the withdrawal of the motion preempted that possibility.

Odle-Dusseau noted that the proposal has been through four rounds of revision including three that were presented to the Academic Program and Policy Committee (APPC) and then a fourth that came based on feedback from the first faculty meeting. She said that the feedback received has not always been consistent and that, upon learning of potential amendments to which the Management Department objected that faculty members intended to offer before a vote, she decided to withdraw the proposal.

“It’s become clear that this motion is not being considered in an objective way by everybody and that our department is being held to a different standard than other majors and programs,” she said. “More importantly, amendments such as these are certainly not what we should be devoting our time to at this meeting. I think we can all agree that our time this afternoon is better spent celebrating Janet and her tremendous contributions to this college.”

Odle-Dusseau said that the department intends to bring forth a revised proposal in the fall.

“The Management Department will continue to remain committed to offering a business degree offering at Gettysburg College,” she said.

After Odle-Dusseau concluded her comments, Riggs thanked her and the department for their work on the proposal. Chair of Faculty Council Jocelyn Swigger also thanked Odle-Dusseau and the department, leading the faculty in a second round of applause, and added that it is “inspiring to have colleagues who are so passionate about the well-being of our students and our institution.”

From there, Zappe proceeded to the announcement of several faculty awards.

Winners of the Outstanding Faculty Mentor Awards for Undergraduate Research and Creative Activity, an award presented in conjunction with Celebration each year, are:

Finally, Associate Provost for Pedagogical Initiatives and Director of the Johnson Center for Creative Teaching & Learning Julia Hendon presented the JCCTL Excellence in Teaching Award, which is presented annually to an associate professor whose “quadrennial review where excellence in teaching has come to the fore as so exceptional that it stands apart from the work of many other gifted teachers,” to Megan Sijapati. 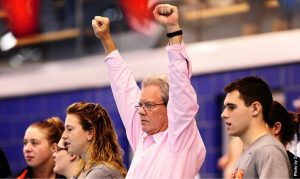 The first valedictory of the afternoon came from Dean of Academic Advising Anne Lane in honor of Mike Rawleigh, who has spent the last 34 years as the men’s and women’s swimming coach.

Lane opened by recounting the program’s accomplishments under his leadership, which include 42 Centennial Conference titles, 20 trips to the NCAA Division III Championships, and 51 All-Americans, as well as his own accomplishments, namely being honored as the conference’s men’s coach of the year five times and women’s coach of the year once (though, as Lane noted, the latter award did not exist for part of his tenure).

Lane proceeded to highlight student and colleague perceptions of Rawleigh, including that he has the “best warm-up playlist in the country” and that, on a more serious note, his program retains more than 90 percent of its student-athletes.

Lane also noted that Rawleigh has coached with his wife Cami for more than 30 years.

For the next half-hour, three of Riggs’ colleagues, at various times, held back tears as they recounted their memories of her 46 years of affiliation with Gettysburg College.

Professor of Psychology Kathleen Cain, who taught in the Psychology Department with Riggs and has worked with her since as an administrator, recounted several vignettes from Riggs’ time at Gettysburg including when she found out she had been accepted to a PhD program at Princeton University, and her advisor, Dr. Thane Pittman, said, “Janet, I think you should get used to this feeling.”

Cain proceeded to recount several accomplishments from Riggs’ time in administration including her work to create the college’s parental leave policy.

Concluding her remarks, Cain noted that Riggs has “a gift for seeing the best in each of us,” which is a leadership quality Cain admires.

“Janet, you have inspired us to be better, to reach higher, to ask more and accomplish more. Your love of Gettysburg College has made us proud to be here,” Cain said. “Congratulations on all that you have accomplished. We will miss you sorely here, but we will be forever grateful for all that you have given us, and we will do everything in our power to continue the legacy you are leaving us. We love you, Janet, we thank you, and we wish you every joy in retirement.”

From there, Faculty Council Chair Jocelyn Swigger moved to the podium as members of Camerata, the college’s chamber vocal ensemble, descended the stairs of Mara Auditorium. Swigger thanked Riggs for attending so many Sunderman Conservatory events and noted that, while she was celebrating her daughter’s wedding last month, she missed a song that Swigger had written and that Camerata had premiered called “The Bees Knees.”

Camerata performed the work, which had been arranged by Matt Carlson ’12, and Riggs led an ovation before gathering the eight singers for a group hug.

Based on input from the members of President’s Council, Provost Christopher Zappe offered the final valedictory for Riggs in which he noted her “personal humility coupled with tremendous resolve.”

His voice wavering, Zappe said, “We will miss your positive attitude and your extraordinary compassion. I am so grateful that you invited me to serve as your provost nine years ago. I have learned so much from you, and I will treasure my memories of our work together. Your leadership has been a source of inspiration to me and my colleagues, and we will sorely miss you.”

From there, Swigger read a motion that the faculty approved by acclamation in celebration of Riggs’ tenure as president.

After an extended standing ovation upon the passage of the motion, Riggs said, “I’m more than a little verklempt,” a feeling that was likely exacerbated when she noticed her husband, Ed, sitting in the back row. Later in her remarks, she said that, when she came home one day and told Ed that she had been asked to serve as interim president, his response was, “You did not say yes, did you?”

“This is way over the top — I don’t walk on water, folks — I’m normally pretty stoic,” she said before making a few observations about her tenure at the college and imparting a few words of advice for its future.

“We have a true gem here at Gettysburg College. That doesn’t mean we’re perfect by any means — we all know we’re not — but I do count it as a great privilege to have spent my professional life in this setting where teaching and learning are so valued and where the advancement of knowledge goes on on a daily basis,” she said. “As a liberal arts college, we teach a set of skills that we think are valuable in many ways. We think they are valuable for civic engagement, for personal fulfillment, for the success of our democracy, quite frankly. But I also think, going into the future, Gettysburg College needs to continue to focus on the fact that we also prepare students for a professional lifetime that includes many jobs and careers.”

In that vein, Riggs encouraged the faculty not to shy away from career development and professional preparation opportunities, arguing that these endeavors are not mutually exclusive from the lofty ideals of the liberal arts.

“I also think we as a college are going to have to become more nimble. Our student body is changing so quickly, the world around us is changing so quickly, and Gettysburg College needs to continue to change with that. That does not mean compromising on our mission, that does not mean we should be less careful in our decision making, but it means being ready to meet the needs and expectations of today’s and tomorrow’s students, and that includes both what we teach and how we teach. And you won’t be surprised to hear me say, that also includes the area of diversity and inclusion,” she added, noting that, in her meetings with student groups, there is nothing she hears more than a desire for faculty with whom students can identify and talk and for the integration of more diverse perspectives into the college curriculum. She challenged the faculty to embrace these desires in their decisions about hiring and curricular development.

Riggs said that she and Ed will move back into their house in Gettysburg, where they plan to reside, but that she does not intend to hover over the Gettysburg campus early in President-Elect Bob Iuliano’s tenure.

In closing, Riggs concluded with “a simple thank you.”

“I will miss all of this very, very much,” she said, “but I will certainly be cheering you all on as you continue this noble work.”

The faculty gave Riggs a final standing ovation and then proceeded to the backyard of the president’s house for refreshments.