The Story of a Great Gettysburgian: Riggs Reflects on Time as an Administrator

Home » Features » The Story of a Great Gettysburgian: Riggs Reflects on Time as an Administrator

After her time as a student and full-time psychology professor here at Gettysburg College, Janet Morgan Riggs ‘77 adopted a new title within the Gettysburg community: administrator.

From 1991 to 2008, Riggs served our college through various administrative positions, from executive assistant to provost, before working her way up to president.

Her first administrative role, executive assistant to the president, was a position formerly occupied by Julie Ramsey, current Vice President of College Life and Dean of Students.

Ramsey reflects on this time, saying “I was assistant to the president, and I did that job for a number of years. In 1990, we got a new president, and he came in and he asked me to be Dean of Students.”

In order to uphold the connection to the faculty, this position would follow a three-year rotation amongst the faculty members. President Haaland naturally consulted with Julie Ramsey to help find a suitable candidate.

When asked who she would recommend for the position, Ramsey responded, “The only person I can recommend you without any hesitation, any qualms whatsoever, is Janet Riggs.” 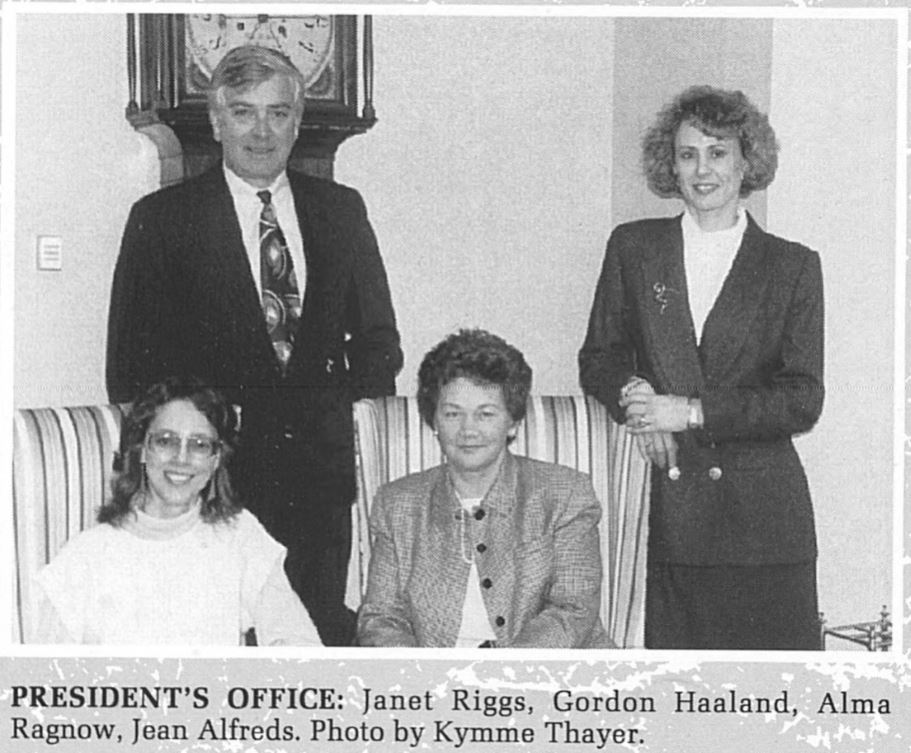 Haaland took this suggestion to heart and asked Riggs to assume the position.

While Riggs was skeptical about leaving the teaching position she loved, she eventually agreed, thinking, “It might be a really interesting thing to do.”

She held the position from 1991 to 1994, then returned to her position in the psychology department. However, what was supposed to be a permanent return to teaching ended up lasting only a single year.

In 1995, President Haaland was looking for an interim provost to fill the provost position while they conducted a national search. The current executive assistant proved to be the perfect fit.

“I didn’t know if she would agree,” said Dean Ramsey, “but I knew she would be good at it.”

During her one year as interim provost, Riggs recalled,  “It was really so important to maintain positive momentum with the faculty knowing that you’re in a temporary position.”

Though short-lived, Rigg’s time as interim provost was essential to her career.

She said, “I had no idea how pivotal…that would end up being for me.”

Despite her growing connection to the administrative side of the college, Janet Morgan Riggs never intended to become a fully-invested administrator.  She “always thought [she] would go back to the faculty.” 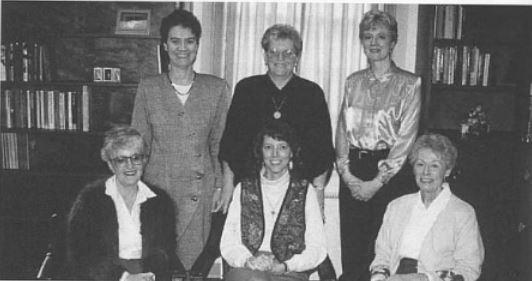 Riggs (bottom middle) served as interm provost for a time, with other members of the Provost staff pictured (Photo courtesy of 1996 Spectrum)

After her term as interim provost, Riggs returned to the psychology department after feeling somewhat disconnected from the faculty. She remained a psychology professor for ten years before she was approached yet again to fill the interim provost position while a national search for provost was conducted.

After being approached and invited by the committee and other faculty members to apply for the provost position, Riggs started to consider the job.

Michael Wedlock, who was on the provost search committee, commented, “We said, ‘Well, she’s done a good job as acting provost.  She’s wonderful.  How about she just becomes the provost?’  So the committee invited her to apply.”

At first, she was reluctant; she even wrote a letter to the search committee rejecting the offer but was unable to send it. After much consideration, Riggs applied and was offered the job.

When she first took the position as provost in 2006, Gettysburg College was in a rocky situation. Rigg’s first priority was therefore to provide “a sense of continuity, stability, [and] help [for] Gettysburg College in terms of the academic program to continue to move forward.”

And she did just that. As provost, Janet Morgan Riggs focused on promoting and improving the academics of the college. As she recalled, “I really liked the provost job. I liked working directly with the faculty, advocating for the academic program, being involved.”

When looking back on her accomplishments as provost, Riggs recalled being involved in the reduction of the faculty teaching load from six to five courses a year to allow faculty to be more engaged with students and research.

Aside from academics, Riggs was also hard at work serving on numerous committees. In one of these committees, she remembered “open[ing] a college daycare center and that was a project that [she] put a lot of time and effort into.”

After the resignation of President Katherine Haley Will, Janet Morgan Riggs was approached by the Chair of the Board of Trustees, who asked her if she would step in as interim president.