Home » Opinions » Opinion: Threats to Birthright Citizenship Expose the Hubris of a Despot

Opinion: Threats to Birthright Citizenship Expose the Hubris of a Despot 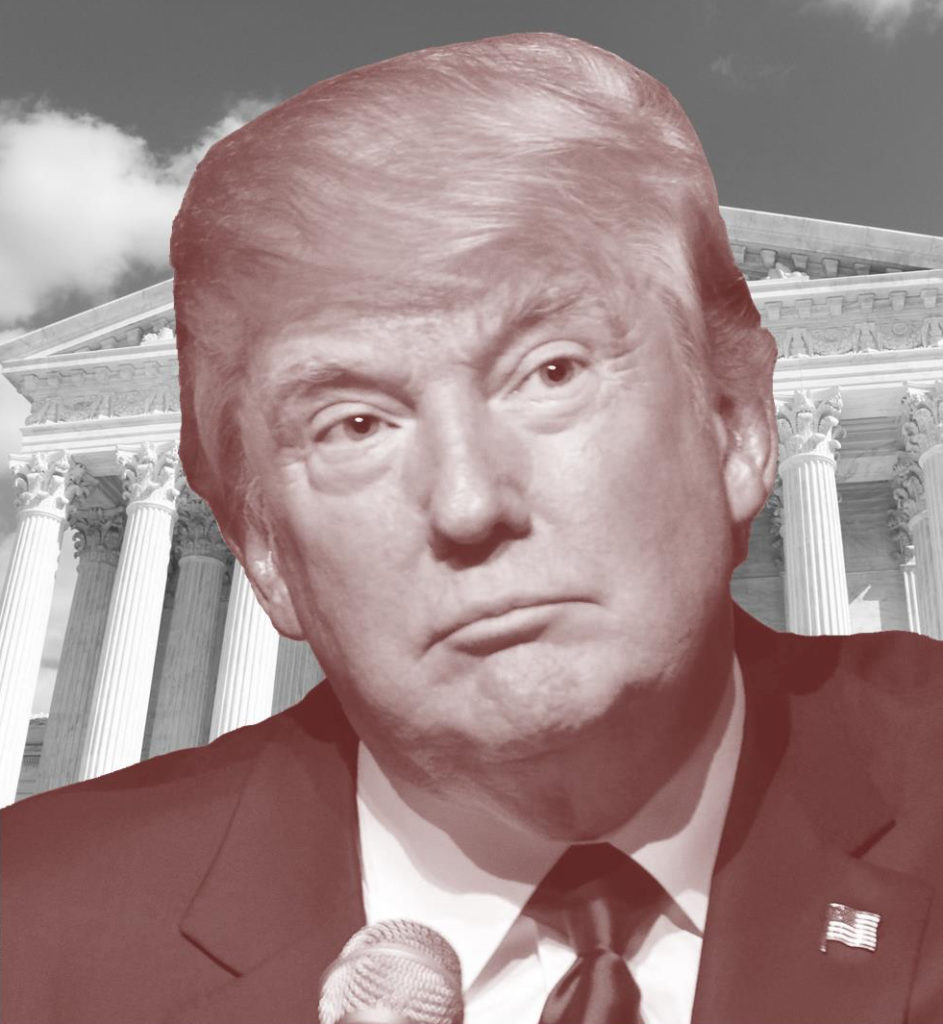 Following the American Civil War, an indignant Republican Party decided to challenge one of the great injustices of the American experience. In passing the 14th Amendment, they declared unequivocally that discrimination against citizens of the United States, including all people born in America, would no longer be tolerated. This sentiment was enshrined in the Constitution of the United States, our most sacred document, to ensure that it would never be revoked under trivial circumstances. Citizenship by birth, which had descended from English Common Law, would forever be a permanent fixture of the American legal framework. Many laws would contest this, and all were struck down by one method or another. The passage of time has not looked favorably on attempts to deprive peoples of this right on account of race or any other characteristic, and those that have made these attempts have often found themselves on the ash heap of history.

In remarks delivered on October 30th, 2018, President Donald Trump declared that he would seek an end to this established principle through the vehicle of executive order. “How ridiculous,” he asserts, that “we’re the only country in the world where a person comes in, has a baby, and the baby is essentially a citizen of the United States for 85 years with all of those benefits…it has to end.” With this factually incorrect remark (Canada also retains birthright citizenship), the President has unleashed a maelstrom of criticism from left and right, which will ensure a titanic legal battle between the administration and the Constitution itself. There are two avenues by which the President diverts from reality in his statement: a constitutional one and a moral one.

The Constitution is a document which few have dared to alter. It establishes a framework for the very existence of our government, delineating its powers, its privileges, and its limits. There is a process, however, by which the people may modify its text; this process is intentionally difficult, embodying Jefferson’s warning that government should not be altered for “light and transient causes,” but that changes must be carefully considered by the nation as a whole. The President, however, has decided that this process is simply too obstructive for his tastes. Instead, he seeks to do what “conservatives” have lamented for innumerable years, to amend the Constitution through executive fiat.

It would have been unthinkable in years past that a Republican president would suggest this course of action, but change is omnipresent with a demagogue in the nation’s highest office.

The fact of the matter is that the President absolutely cannot alter the Constitution through the process of an executive order. The Constitution ensures this, bestowing the power of amendment solely on Congress and the states, even going so far as to not require the President’s signature in this matter. In a constitutional sense, the President is merely an enforcer, taking direction from the people through their duly elected representatives. This relationship is reinforced by the existence of the Supreme Court, which acts as a dispassionate arbiter of constitutional disputes. In fact, the nation’s High Court has ruled on this very matter multiple times, firmly rooting birthright citizenship in their jurisprudence.

In United States v. Wong Kim Ark (1898), the Supreme Court declared that a child of Chinese nationals born in the United States was entitled to the protections of the 14th Amendment, including that of birthright citizenship. Since these Chinese nationals were legal residents of the United States, many Trump defenders have suggested that this judgement does not apply to the children of illegal immigrants, the true targets of the President’s ire. This theory, however, is dead on arrival as the Supreme Court ensured in Plyler v. Doe (1982). Therein, Justice Brennan wrote for the Court that “no plausible distinction with respect to Fourteenth Amendment ‘jurisdiction’ can be drawn between resident immigrants whose entry into the United States was lawful, and resident immigrants whose entry was unlawful.” In short, birthright citizenship is applied evenly to children of both legal and illegal immigrants.

Diverting from the ironclad legal case against the President, one must consider the moral implications of birthright citizenship overall.

In a nation of immigrants, it smacks of hypocrisy to assert that the children of those who venture here should be denied the same rights as all others.

When the ancestors of white Americans arrived from various corners of Europe, they carried the same hope as the immigrants of today: that their progeny would be treated as Americans, and no less. When government grows complacent or hostile to these ends, it ceases to represent the magnanimous spirit of America. As a nation, we have fought tooth and nail to ensure that all people are entitled to equal rights and dignity, and that government exists to protect these rights; this principle is essential to our ethos. In the words of Ronald Reagan, “An immigrant can live in France but not become a Frenchman; he can live in Germany but not become a German; he can live in Japan but not become Japanese, but anyone from any part of the world can come to America and become an American.”