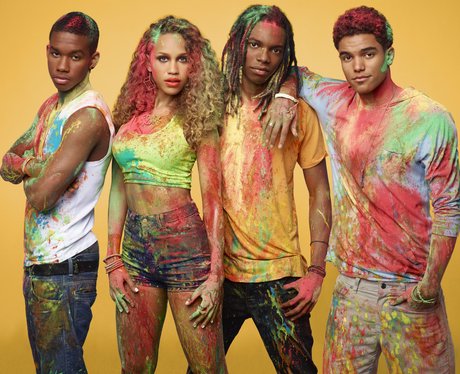 Saturday night the band Cover Drive made a stop by Gettysburg College on their North American college tour. The four-piece group from Barbados didn’t care that there was a low turn-out from the Gettysburg community, they still gave it their all. They kept the energy high and maybe even had more fun than they would have at a larger concert, seeing as they had repeated interactions with the audience.

Not only did one of the lead singers come into the audience and dance with a student, but they brought two students onto the stage to dance with them and they sang to three separate students as the night progressed. They  played upbeat songs and got the audience engaged, as more people moved from the back towards the stage as the night progressed. And, knowing that a lot of the students there probably didn’t know their songs, they mixed a lot of covers into their set to make sure they could get people singing along. Even they were smiling and dancing throughout the show, hoping their good vibes would spread through the audience.

The true highlight of how down to earth they were was when the amp on their guitar suddenly went out. The band stopped playing for a moment, fixed the problem, and then one of them said where to pick it back up from and they continued. They weren’t fazed by the unexpected interruption, they took it professionally and picked up right from where they left off. Not only were they down to earth and having fun, but they were unique, seeing as their sound was a sort of mix of reggae and pop, which you don’t hear that often.

And one of their two lead singers was also the drummer, which is something unusual but also really cool.

So, all in all, the small portion of Gettysburg that did turn up at the Attic Saturday night enjoyed themselves. They danced and laughed along with the band who was having a good time jamming for the people who truly wanted to hear them play. They didn’t act like they were too good for Gettysburg, they acted like they were part of Gettysburg, which says something about both the band and the college community.