Home » Features » From Gettysburg to the Republican National Committee: The Journey of Gabriella Bucci ’19

From Gettysburg to the Republican National Committee: The Journey of Gabriella Bucci ’19 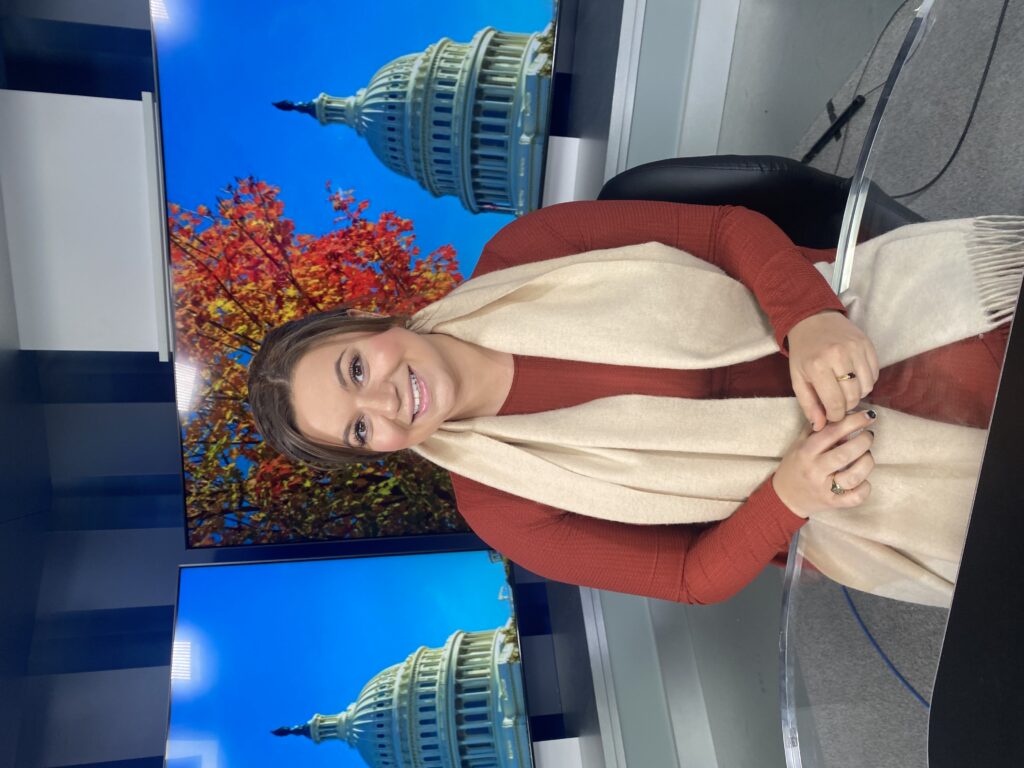 For Gabriella Bucci ’19, venturing outside her comfort zone and leaning into alumni connections mark her journey from a student at Gettysburg College to Deputy Director of Media Affairs at the Republican National Committee (RNC).

Bucci always knew she wanted to work in Washington, D.C. It was spring semester of 2019, she recalled, right before her graduation, when a few alumni from her sorority came to visit. One visitor, Corrine Day ’17, was just leaving her job at the RNC, and struck up a conversation with Bucci about her future job plans.

“She told me, ‘why don’t you come down to D.C. and stay with me for two weeks when you graduate, and we’ll figure something out,’” said Bucci. “So I came down, stayed on her couch, and tagged along to different events.”

At one event, Bucci met a member of the Media Affairs Team at the RNC, who introduced her to the Director of Media Affairs at the RNC, Johanna Persing ’11. A fellow Gettysburgian, Persing invited Bucci in for an interview. Two weeks later, Bucci received and accepted a position for the RNC as Radio Booker.

Bucci’s time at Gettysburg College prepared her for this career; she took advantage of the many opportunities to build her leadership skills and develop as a student and learner. A political science and art history double major and business minor, Bucci was also the president of Gettysburg’s Alpha Delta Pi sorority chapter, an Eisenhower Institute Fielding Fellow, and an engaged student who sought out mentorships from her professors.

“At Gettysburg, we have some phenomenal professors. Most students over the course of their careers there will find a handful of professors that they really feel a kinship with who can mentor them,” said Bucci. “For me, that was Dr. [Shirley Anne] Warshaw, Professor [Scott] Boddery, and Professor Drew Murphy. Professors at Gettysburg love to see their students excel and enjoy what they do.”

Bucci explains that these mentorships provide unique opportunities down the road.

“If you extend a branch to your professors while you are at Gettysburg, they are always happy to connect you down the line with others. Never be afraid to ask about jobs or putting you in touch with someone. Most of the time, people are more than happy to go out of their way to do that,” said Bucci.

Today, Bucci has worked her way up from Radio Booker to Deputy Director of Media Affairs at the RNC, within the Communications department. The beauty of the job, Bucci explains, is that there is no “typical” day.

“For the most part, my week consists of talking to almost every show on TV, building relationships with the TV bookers, and checking in and seeing what they have going on for the week, what stories they are following, and if we can help. We field requests, pitch things to different shows, but it’s a lot of personal connections and building relationships. I always joke that my day consists of watching quite a bit of television,” said Bucci. “We’re really involved in every aspect of Republican television.”

Bucci offers advice to students who hope to find careers in Washington, D.C. in similar fields to her own: lean into alumni connections.

“The Gettysburg alumni network in D.C. is huge. Alumni are really eager to see Gettysburg students come to their companies and succeed. They know your background and that you have a good work ethic that Gettysburg instilled, so you already have that common ground,” said Bucci.

“My best advice is to physically come down to D.C. and meet as many people as you can. There is always an opportunity to be found,” said Bucci.

This article originally appeared on page 18 of the December 2022 edition of The Gettysburgian’s magazine.

Gracie Meisner ’25 serves as the Assistant News Editor for The Gettysburgian. She previously served as the Features Editor and a staff writer for the News, Features, and Sports sections. Gracie is a sociology and public policy double major, with a minor in German studies. On campus, Gracie is an Eisenhower Scholar Mentor, a member of the Gettysburg College swim team, a Junior PEEP for Counseling Services, Vice President of the Women’s Network, Vice President for the Amnesty International Club, and a volunteer for the Center for Public Service’s CASA Sunday Swimming program.