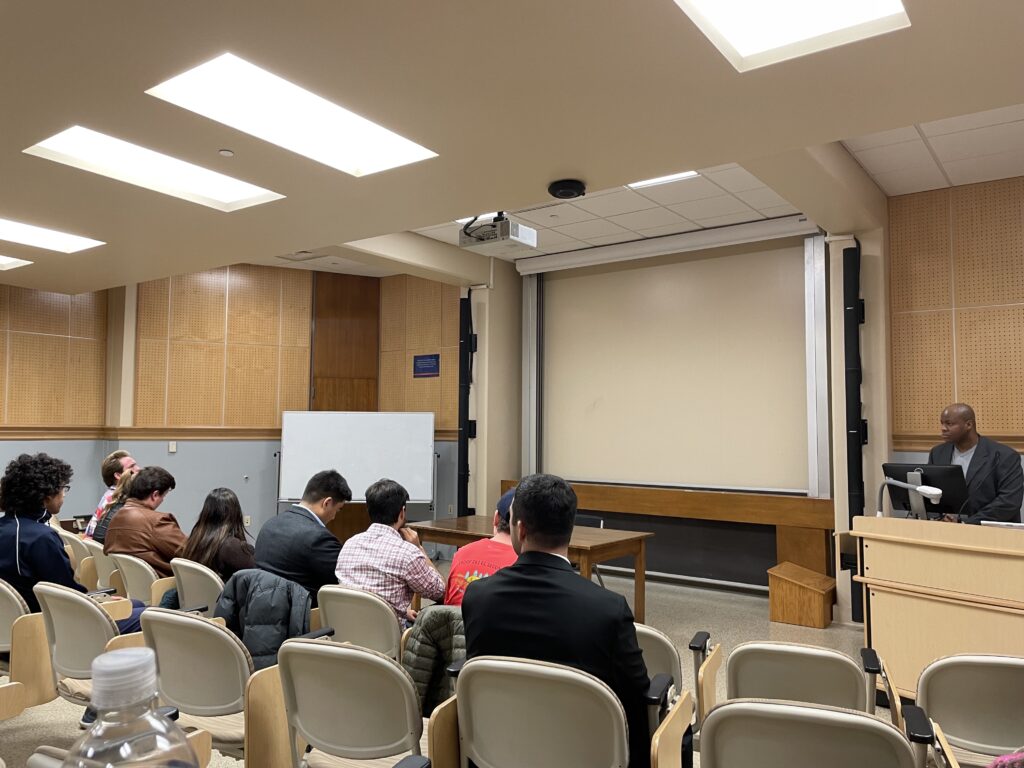 Christian Watson, Host of Pensive Politics, was invited as a guest speaker Thursday by the Gettysburg College Republicans to give a lecture on identity politics and critical race theory.

Christian Watson is an outspoken constitutional conservative and individualist who has been featured on political sites such as USA Today and the Washington Examiner.

Watson began his lecture with a discussion of identity politics, which he called an “ugly form of collective thinking” that is being used to tear down the traditional purpose of American society.

Watson argued that America was built on the idea of individual freedom; that rational actors situate themselves within the context of the world and that civil society is built on individuals. He said he believes that “wokeness” rejects this previous notion of American society, and that these ideas are part of a progressive project that has been occurring in an attempt to reform American society since 1880.

Watson said that “the left believes that society is simply a combination of power parties” and that the left tries to orient these parties into a hierarchy based on a group’s level of oppression.

“Identity politics is a hierarchy of oppression,” Watson said, arguing that he believes the purpose of identity politics and critical race theory is to classify people based on pre-oriented struggles.

Essentially, he said, these theories say the more oppressed and minority groups you belong to, the higher in this hierarchy you place.

Watson countered this belief, stating, “America is an idea of individuals shining free. If you support this, you should be opposed to identity politics.”

Watson used Gettysburg College’s own diversity and inclusion mission as an example of what he perceives to be the failure of identity politics. He said he believes that it is hypocritical for an institution of higher education to base admissions on concerns of diversity inclusion and identity politics.

Watson was then asked his thoughts on the subject of critical race theory and identity politics being taught in public schools. He responded with “The public school system should not go beyond the business of teaching children the necessities to succeed in society.”

When questioned further about whether such topics are something for higher education, Watson said, “4th graders are people who don’t understand the significance of such topics. When you say there are people who are trans and non-binary, you are pushing a statement on these children. Certain concepts should be kept for higher grade levels.”

Watson finished his lecture by saying, “Our values as human beings is not based on the struggles we endure, but the triumph in overcoming our struggles.”