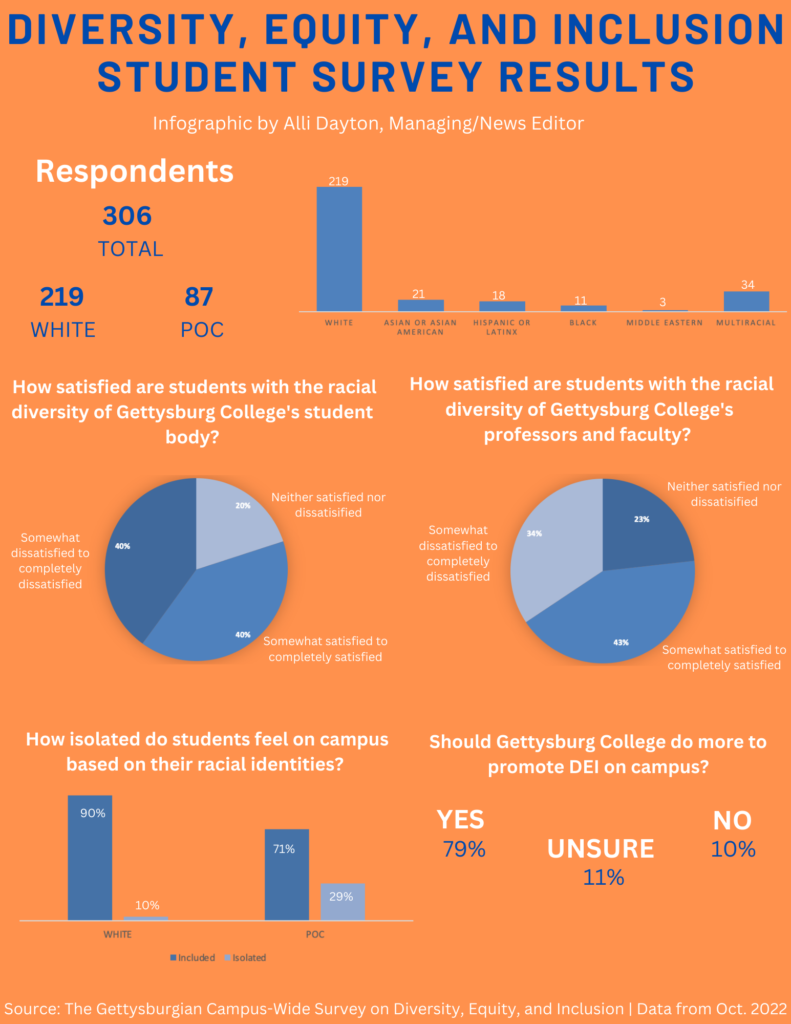 A recent campus-wide survey by The Gettysburgian evaluated how student perspectives on diversity, equity, and inclusion differed. The survey was sent to several student organizations, including organizations that represent the identities of historically underrepresented communities.

Anecdotal evidence from students suggests that many tend to feel unsafe on campus.

Inclusion Officer of Student Senate Allie Acero ’23 said, “We’ve had issues over the years with select few people in the greater Gettysburg community harassing students of color on public streets, but it is only this year that there is a larger and overbearing sense of unsafety now on our campus.”

Next, the survey examined student satisfaction with the racial diversity of the Gettysburg College community.

Anderson Gray ’23, DEI Chair of Alpha Delta Pi, said that while underrepresented groups seem to be gaining more of a voice on campus, she believes the administration has slowed these changes.

“As an [Africana Studies] major who cares about seeing herself represented in faculty and staff on campus, it is disheartening to see so many Black faculty members having left within the last two years because of the lack of support at this college,” Gray said.

“I feel like there has been a decrease in diverse faculty, which can be explained by recent budget cuts, but because of the decreasing diversity, there is less of an opportunity to foster an inclusive community,” Acero said. “Without a diverse faculty, potential students of color might be dissuaded from coming to Gettysburg College because there aren’t outlets of support that understand students’ struggles from a personal level.”

She noted that, “As a queer woman of color, an immigrant, and a first generation student, I feel like there aren’t many outlets for me to speak about my experience and be related to. Last year, I brought up creating a Filipino Student Association to the only Filipinx faculty I know, but since then, the professor has left Gettysburg College.” 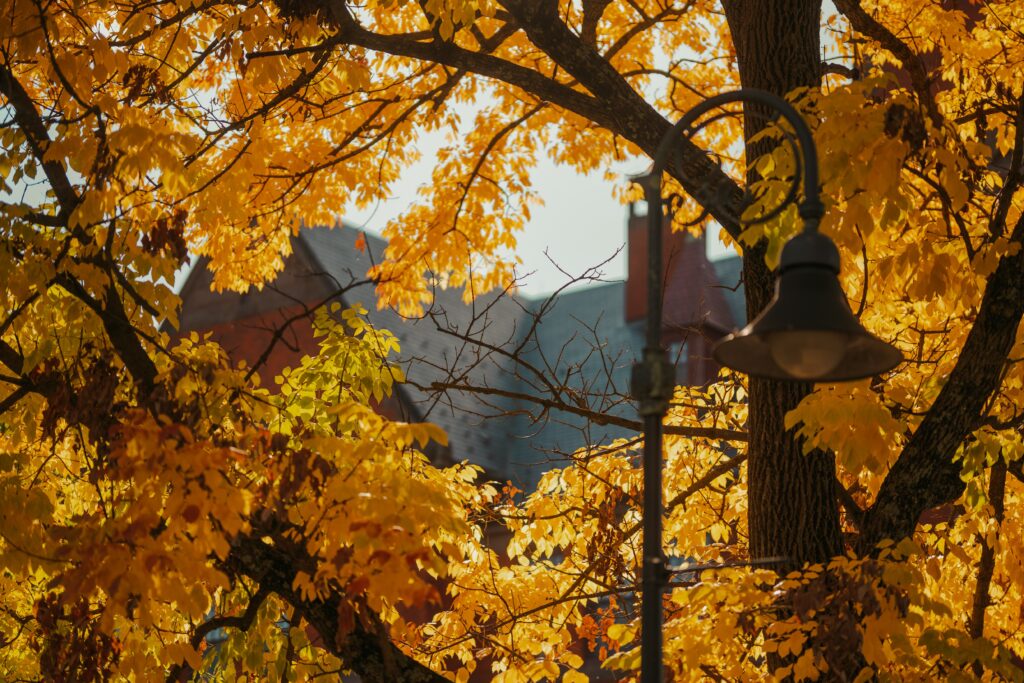 The survey then asked students to consider the extent of their feelings of inclusion and isolation on campus, based on their racial identities.

DEI Chair of Alpha Chi Rho Henry Namiot ’23 said, “…I feel that the college is mostly ambivalent to the minority groups on campus. At the LASA general meeting, it was brought up that often the students are responsible for creating their own safe spaces and that the school favors some groups over others. There is much that can be improved with the college’s DEI efforts, and I hope that when they do reconsider their approach, they think about how to serve all of the communities on campus and not just a select few.”

On the topic of Gettysburg College’s current diversity, equity, and inclusion efforts, most students believed that the College should be doing more. 79 percent of students believed the College should do more to promote diversity, equity, and inclusion, 10 percent said there is nothing additional that they could do, and 11 percent said they were unsure about whether additional initiatives are necessary.

Department Chair and Associate Professor Africana Studies Scott Hancock said, “My impression, based on interactions with students, [is that] students are ambivalent about campus climate, and much less than impressed with DEI, at least in the area of issues of race, as well as regarding sexual harassment and assault. But…this is anecdotal—and while that kind of evidence is important, it is often not conclusive. I don’t know to what extent the students I talk with are representative of the entire student body, though I suspect they are at least somewhat representative of underrepresented groups and of many female students.”

Harrison Moore ’23, DEI chair of Sigma Chi said, “Gettysburg is doing more to publicly address DEI concerns than some other colleges, but there is definitely room for improvement. I would like to see less delay between identifying a problem on campus and implementing solutions. The iterative cycle should be much quicker; any information derived from a survey or poll could be found simply by talking and listening to marginalized students. Direct communication and fast action are the best ways to enact meaningful change.”

This article originally appeared on pages 10–12 of the October 2022 edition of The Gettysburgian’s magazine.