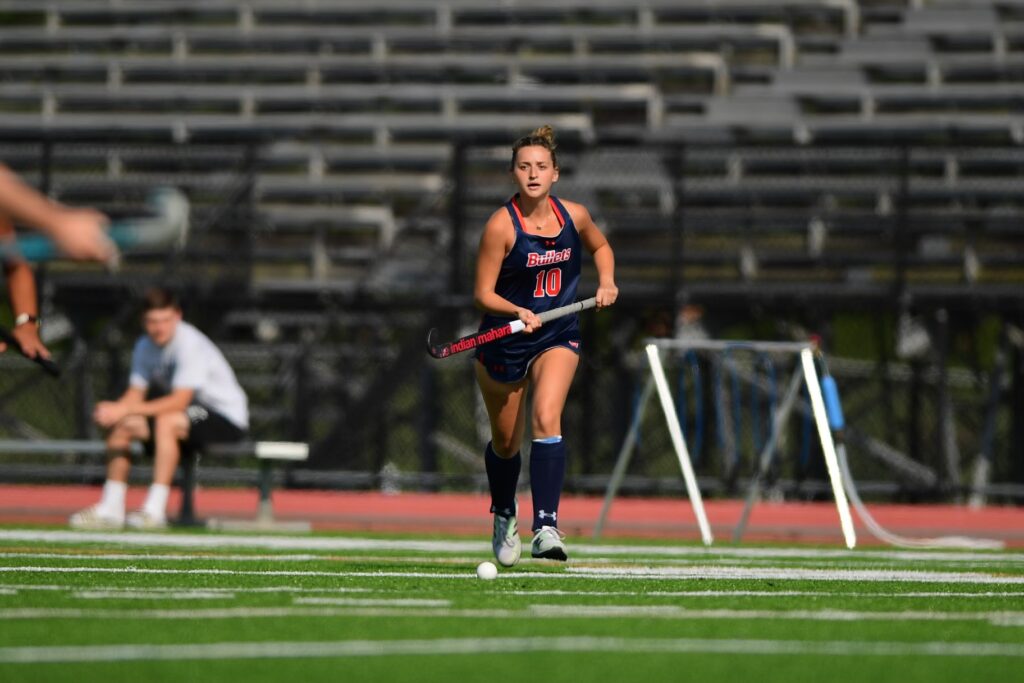 The Gettysburg Field Hockey team has had an up and down 2022 season. With that said, it will be saying goodbye to a special class after the season comes to a close.

The senior class, along with members of the junior class, are a part of a special group that has weathered the storm of the COVID-19 pandemic throughout their time here at Gettysburg. The senior class in particular has had an entire season washed away, and a complicated 2021 season. Add coaching changes to the mix, and they have had a lot to work through during their time on campus. The heart and passion that they have shown over this period is something that cannot be measured, regardless of on-the-field results.

One of the brightest figures throughout this time has been captain Jenna Vadinsky ’23. Vadinsky has been an integral team member, both as a player and leader, since she arrived on campus in 2019, and it has all come full circle now as she closes out her final season. Vadinsky is from Bridgewater, New Jersey and studies political science and public policy here on campus. She was named captain this year, and has taken up that role effortlessly.

When asked what drew her to Gettysburg, and this team specifically, she said,“I needed a place that would allow me to focus on all of my academic interests while balancing other things like field hockey at the collegiate level and studying abroad.”

Vadinsky spent the spring of 2022 studying abroad in Sevilla, Spain, but the beauty of Gettysburg still means so much to her, as she loves going into town and exploring what Gettysburg has to offer. She also completed an internship with a New Jersey Congressman this past summer, which she said was the perfect payoff for her studies thus far.

With that said, the thing she loves the most about this school is her team and her teammates. She said, “Being a captain is easily one of the most rewarding and fulfilling roles I’ve had during my time here at Gettysburg. I feel so much pride and have so much respect for my teammates, so the ability to serve as their captain has been an honor to say the least.”

Even as they have struggled to get results this year, Vadinsky has found love for those around her. “My team continually impresses me with their work ethic in the classroom and on the field, so how could I not push to give them my best each and every day,” said Vadinsky.

This perspective has certainly rewarded Vadinsky on the field and in the classroom and will continue to reward her after she graduates in May.

While her team is not chasing a playoff spot, Vadisnky is proud of where her team is at. “Obviously it’s going to be an emotional day for me and my teammates, but I wouldn’t change any of it for the world. We’ve been through so much together, and I’m really looking forward to showing up for them one last time,” said Vadinsky.

Regardless of how that game goes, Vadinsky will surely be a missed presence going forwards. Her legacy is not going anywhere however, and she is sure that the Bullets will only get better in the years to come.