An Exploration of Changes to the Center for Student Success 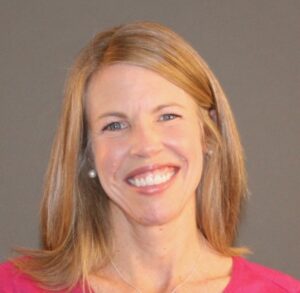 On Jan. 31, Gettysburg College students received an email from Dean of Student Success Keira Kant explaining that Academic Advising and other areas of College Life merged into the Center for Student Success (CSS).

According to Kant’s email, the merger intended to create a “central place for holistic student support, instead of students sometimes feeling like they are being passed from office to office.”

Speaking about the merger, Kant said, “There’s nothing new in terms of what we’re trying to do.”

Kant explained that one of the goals of CSS is to help students break down barriers that keep them from being successful, in order to point them in the right direction.

“People will know this is my person, someone who has their back,” Kant said.

While students are not limited to only meeting with their advisor, Kant explained that the class year advising model will maintain a system that ensure students have one main advisor. Class year advisors will remain throughout all four years a student attends Gettysburg College and will help them from the point they accept an offer of admission until commencement.

Kant explained, “The CSS is a place where students build their toolbox to do whatever they want to do when they leave Gettysburg College, and to thrive while they’re here.”

At the same time, CSS also manages Academic Advising, New Student Orientation, Care Forms, and a myriad of other support services. In addition to the services the CSS provides internally, Kant also described CSS as “a resource-finder location,” meaning that CSS can point students to other offices and supports on campus to best help them succeed academically and personally.

Kant said what she finds most rewarding about her job is getting to help the students.

“When they come to me and say ‘nothing I do is working out,’ but then when I get to see or hear from them later saying that they decided to do something that they really figured out was important to them makes it all worth it,” Kant said.

She said she hopes students who go to CSS leave with the impression that the CSS is a welcoming place that will also challenge students to reach their greatness.

The Center for Student Success office is located in CUB 280. Students can schedule an appointment at the CSS by visiting the college website or through the Navigate Gettysburg website.