Home » Features » The Work and Legacy of Provost Chris Zappe

The Work and Legacy of Provost Chris Zappe 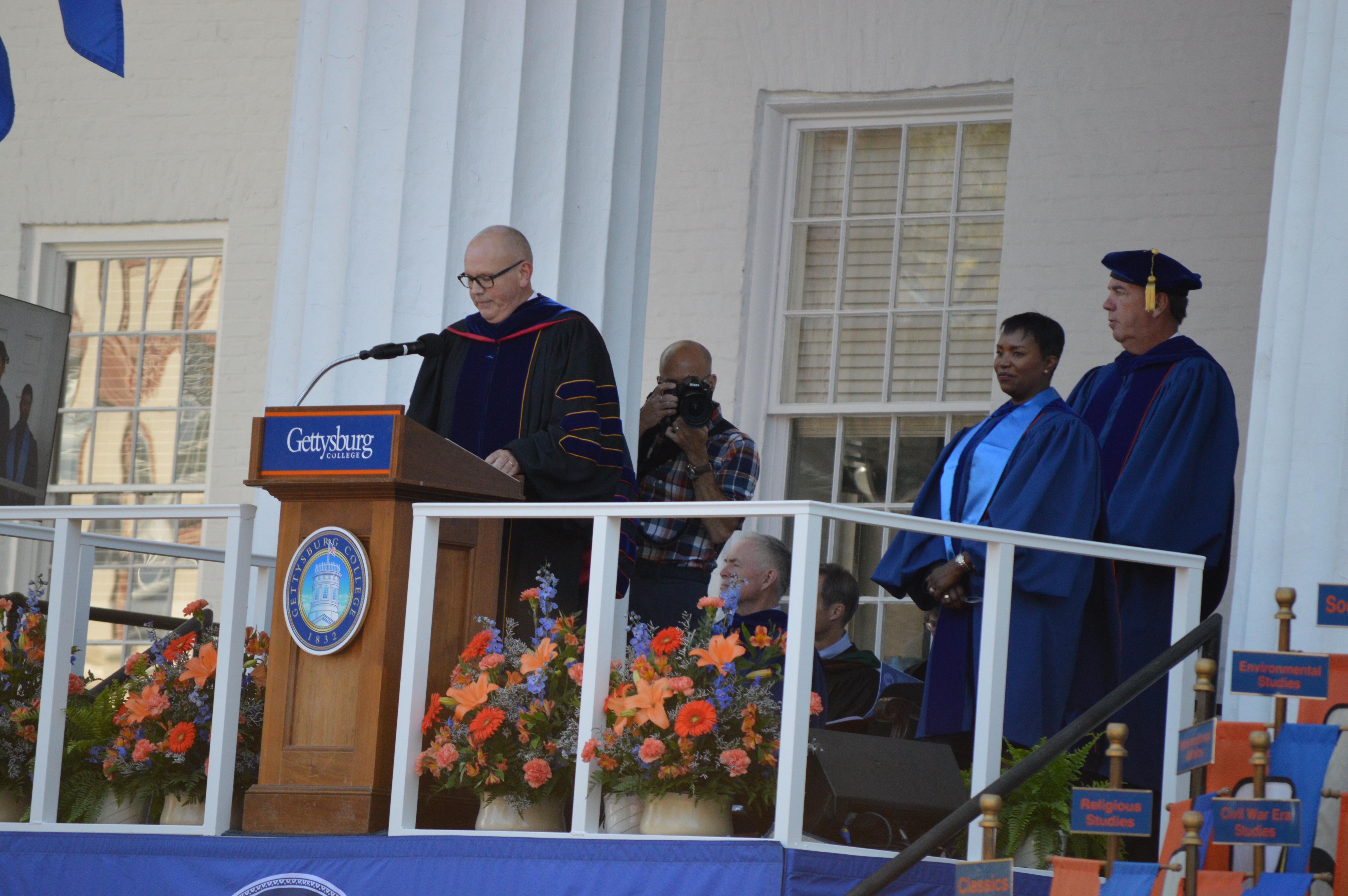 On March 15, Provost Chris Zappe announced that he will be stepping down from his role as Provost, a role he has held since 2010, and resuming his position as a professor in the management department. Throughout his tenure, Zappe has overseen more than 80 tenure-track appointments with a focus on diversity, equity and inclusion (DEI) principles, heralded in new academic programs and supported the College through the strategic planning process.

“Gettysburg is a place defined by its people—exceptional teacher-scholars, active and inquisitive students, dedicated staff, ambitious leadership, and proud alumni,” Zappe said. “It has been an honor to engage with so many Gettysburgians throughout my tenure as Provost on this campus. I look forward to partnering with you all in the years ahead to help realize Gettysburg College’s brightest future.”

A Commitment to Academic Excellence

At the start of Zappe’s tenure, the College underwent a reaccreditation for the Middle States Division that required him to prove that the fourth hour credit applied to the 32 units required to graduate. Zappe used a shared governance model to document the efficacy of fourth credit hours across academic divisions.

Zappe also oversaw the establishment of National Association for Music Education standards at the Sunderman Conservatory and the decennial review of the College, which required documenting assessment systems for courses and reconstituting the Committee on Learning Assessment to meet assessment standards.

As the chief academic officer the College, Zappe played an important role in hiring faculty. He made 86 tenure-track appointments, which constitute nearly 40% of the faculty at Gettysburg.

In 2016, the College received an $800,000 grant called “The Unfinished Work” from the Mellon Foundation to diversify the professoriate in the Arts & Humanities Division. With this grant, and a continued commitment to DEI principles, Zappe increased the College’s faculty hires of people of color by nearly 50%. To date, around 22% of the faculty are people of color.

“There’s a lot more work to do in that area,” said President Bob Iuliano, “but Chris deserves enormous credit with the faculty on the progress that has been made.”

Alongside his work to hire professors, Zappe developed a strategic plan and established new majors and minors: he introduced a summer hybrid course and the business, organizations and management major, which was unveiled in 2019.

“[He worked to] respond to the challenge of maintaining enrollment through impending choppy waters (an issue which he identified and championed before just about anyone else), and [provided] a steady hand in leading the College’s core academic mission through a dynamic period in our history,” said Ben Pontz ’20. Pontz was the Editor-in-Chief of the Gettysburgian during the 2019–20 academic year.

A Dedication to People

Zappe served as an advocate for the faculty, both in aiding student-faculty research and in assisting professors with grants. He also demonstrated his dedication to the faculty by taking the time to support and meet with them.

Beyond Zappe’s work to support the Academic Division, he remained committed to the vision of the College, working on the strategic plan and supporting the essential pillars of Gettysburg College education, including student research and high-performing faculty.

“The word that defines Chris Zappe’s time at Gettysburg College for me is ‘conscientious,’” said Pontz. “It is true that he is a strategic thinker, a student-centered administrator, and a person of enormous integrity, but all of those qualities, in my view, operate in service of his unsurpassed devotion to ensuring Gettysburg College’s brightest days lie ahead.”

Facing the compounding challenges of a demographic cliff, reaccreditation, the COVID-19 pandemic and impending changes to the curriculum, Zappe continued to support the College and find solutions to institution- and nation-wide problems.

“I just want to be explicit about what I think is the enormous debt that the College owes to Chris,” said Iuliano. “I’ve been in higher education for nearly three decades and I’ve met very few people who are as good as he’s been, as hardworking and as committed to the institution.”

When Zappe announced his decision to step down, he chose to remain in the role until the College found a successor. He also reaffirmed his commitment to the institution by choosing to remain on the faculty after leaving the Provost Office.

“He’s unfailingly kind and generous and he radiates common decency,” said Ryan. “He always [showed] his dedication to the academic program here and, more importantly, his dedication to people really at a human level.”

Zappe plans to return to the classroom as a professor in the management department at the conclusion of the national search for a new provost. This search will be conducted by a Search Advisory Committee of faculty from the three academic divisions and ranks, alongside the President’s Council. President Iuliano hopes to allow the external review process of the Provost Office, starting in the fall, to intersect with the search for a new provost.

“I continue to think [external review] is an important thing to do, just given how quickly higher education is changing and the other transformations that are happening here on campus,” President Iuliano said. “I think it’s going to be important for the next Provost to have a substantial voice in shaping their office.”

Zappe’s successor will be transitioning at a time when the College is considering significant changes to the curriculum and continuing the project of diversifying the faculty. The future Provost will also be entering the College after a number of faculty retirements and during an anticipated reduction in student enrollment.

“I will be … looking for a candidate with a record of strategic vision and helping to steer an institution through adaptation, ambition, growth and change,” said President Iuliano.

This article originally appeared on pages 10–11 of the March 31, 2022 edition of The Gettysburgian’s magazine.