Two Decades Later, Honoring the Lives of Gettysburgians Affected By 9/11 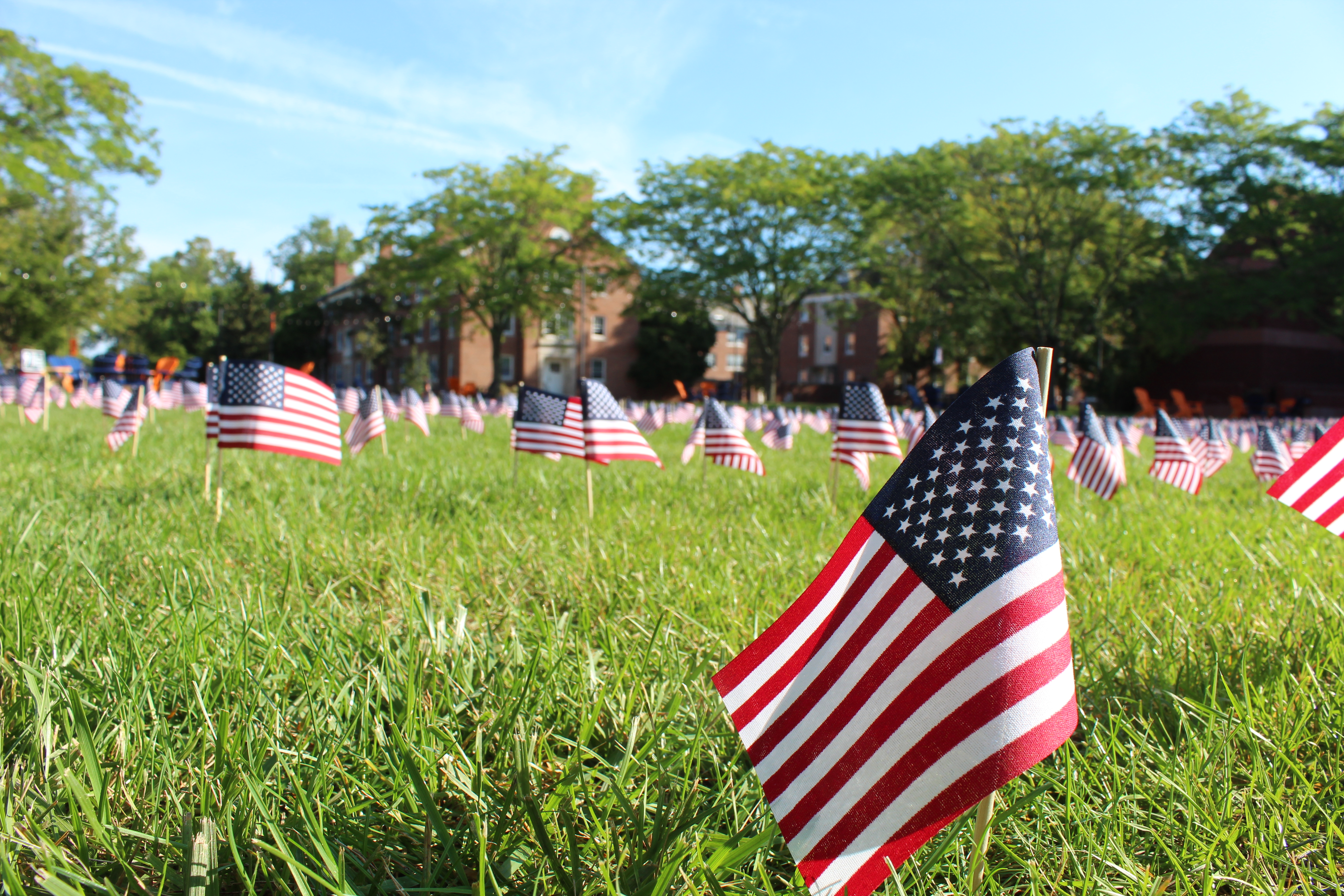 Early in the morning on Sept. 11, President Iuliano stood at the Peace Pole to lead a moment of silence for the lives lost twenty years ago. There, he honored four Gettysburg College Alumni: survivor John Schmittle ’01; and three lost lives: Tim Betterly ’81, P’12, P’15, Joe Hasson ’89, and Doug DiStefano ’99.

The sole Gettysburg 9/11 survivor, Schmittle, had graduated mere months before the attacks. He was a new hire for Morgan Stanely and worked in the South Tower of the World Trade center. According to Gettysburgian interviews from 2001 and 2003, Schmittle was on the thirtieth floor in the fire stairwell when the second plane hit.

New Jersey native Timothy Betterly met his wife, Joanne, at Gettysburg College where he played football and majored in business. Later, they had two daughters, Samantha and Christine, who followed in their father’s footsteps to attend Gettysburg themselves.

“I find strength in the knowledge that Tim’s spirit will live on in the hearts of all who knew him,” said Joanne Betterly in her husband’s obituary.

In his first year at Gettysburg College, Hasson survived a car crash where he lost two fingers on his right hand and fractured his skull. Those close to Hasson say that he made the most of his life. On Father’s Day in 2001, his wife gave birth to their first and only child. Now, an annual golf outing is held in his name to support his son, and in 2006, Mayor of New York City Michael Bloomberg renamed Colonial Road the Joseph John Hasson III Memorial Highway.

DiStefano started his job in the World Trade Center in August of 2001. He had worked there for less than a month before the towers were attacked.

In honor of all the lives lost,Young Americans for Freedom (YAF) planted American flags in Stine Lake to better represent the loss to a campus of students too young to remember or have witnessed the attacks.

“The legacies of these Gettysburgians will live on forever,” said President Iuliano, who thanked everyone who came for the moment of silence.