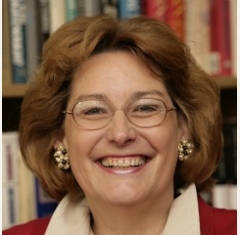 Professor Shirley Anne Warshaw has been an influential mentor to political science students and an esteemed colleague during her impressive career at Gettysburg. (Photo Courtesy of Gettysburg College)

Professor Shirley Anne Warshaw’s journey to teaching political science at Gettysburg College began during her undergraduate education at the University of Pennsylvania. As an undergraduate student in 1968, Warshaw witnessed the social upheaval occurring in the world around her. “A lot of people in my generation felt empowered to become socially engaged,” she said, adding that her connection to social engagement eventually led her toward a career in state government. “I was working in the Department of Community Affairs and I thought that the government was a great place to work. I’m very passionate about social justice.”

While working for the government, Warshaw decided to explore additional career paths connected to the government work she enjoyed. “I decided that I wanted to be a cabinet secretary and the best way to get that is to be very educated.”

To achieve her goal, she pursued a Ph.D at Johns Hopkins University. At Johns Hopkins, Warshaw made a friend who began teaching at Gettysburg College after graduation. The friend encouraged Warshaw to apply to Gettysburg as well, which she did, and she received a position. “I got into academia in a strange way, but when I was at Johns Hopkins I loved the program and I wanted to make a difference,” said Warshaw.

Warshaw will retire following the Spring 2021 semester after thirty-five years as a member of the Political Science Department at Gettysburg College. Warshaw has touched the lives of numerous students and faculty members as a professor, colleague, founder of the Eisenhower Institute Fellows Program, and Director of the Fielding Center for Presidential Leadership Study.

“Thousands of students at the College have had the good fortune of learning about American politics from Professor Warshaw,” said Political Science Professor Bruce Larson. “As a colleague, she has been such an important presence in the Political Science department over the years, serving as a mentor to many new faculty members. She’s been particularly helpful to the junior faculty members who have joined the department during the past few years.”

Political Science Assistant Professor Scott Boddery said, “Dr. Warshaw’s presence on campus was a selling point to me in 2016 when deciding to come to Gettysburg. She’s impacted so many students through her admirable work at the Eisenhower Institute, the Fielding Center, and the Political Science Department.”

Warshaw’s students echoed this message, noting the profound impacts Warshaw had on their educational experiences. “From being my first year seminar professor in 2017 to being my Fielding Fellowship faculty advisor today, Dr. Warshaw has been an influential part of my four years at Gettysburg College,” said Abigail Hauer ’21. “I am grateful that she was there for me on some of my hardest days and that she will continue to be in my corner after I graduate.”

“What I most appreciate about Dr. Warshaw is her tireless faith and optimism in her students,” added Fielding Fellow Owen Keenan ’21. 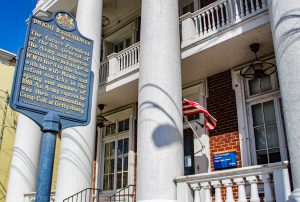 Warshaw cited the development of the Fielding Fellows program as one of her proudest accomplishments at Gettysburg College. “Building these programs is such a joy because each of the students gains so much from them, whether by having dinner with individuals they’ve read about in the news or embarking on fabulous international trips,” said Warshaw.

One of Warshaw’s favorite programs within the Fielding Fellowship is the diplomacy lab opportunity.“Every year, I get a state department grant for a diplomacy lab to work on a state department research project with the Fellows,” said Warshaw. “Ten schools are awarded the grant annually and Gettysburg has received the award every year. We are also one of only two undergraduate programs to earn the grant. I will terribly miss the College and the Fielding Center so much because I built that from scratch,” she added.

Outside of her work at Gettysburg College, Warshaw wrote ten books — she believes that the most interesting of the ten is entitled The Co-Presidency of George W. Bush and Dick-Cheney. While writing the book, Warshaw was invited to the White House by the Bush Administration, where she met both President Bush and Vice-president Cheney.

“I had many book parties in Washington D.C. and met so many interesting people,” she said. “I also do a lot of media work from CNN to local stations to PBS and C-SPAN to the New York Times, the Washington Post, and other major outlets.”

Following her retirement, Warshaw hopes to spend time with family, travel the world, and volunteer within her community. “I have three children and grandchildren and I look forward to seeing more of them,” she said. “I plan to spend more time on community work, including the Boards of the Harrisburg Symphony and the World Affairs Council that I sit on, and continued engagement with the Harrisburg Food Bank and the American Association of University Women.”

The impact Professor Shirley Anne Warshaw has had on Gettysburg College cannot be overstated, and will continue to serve students for years to come.