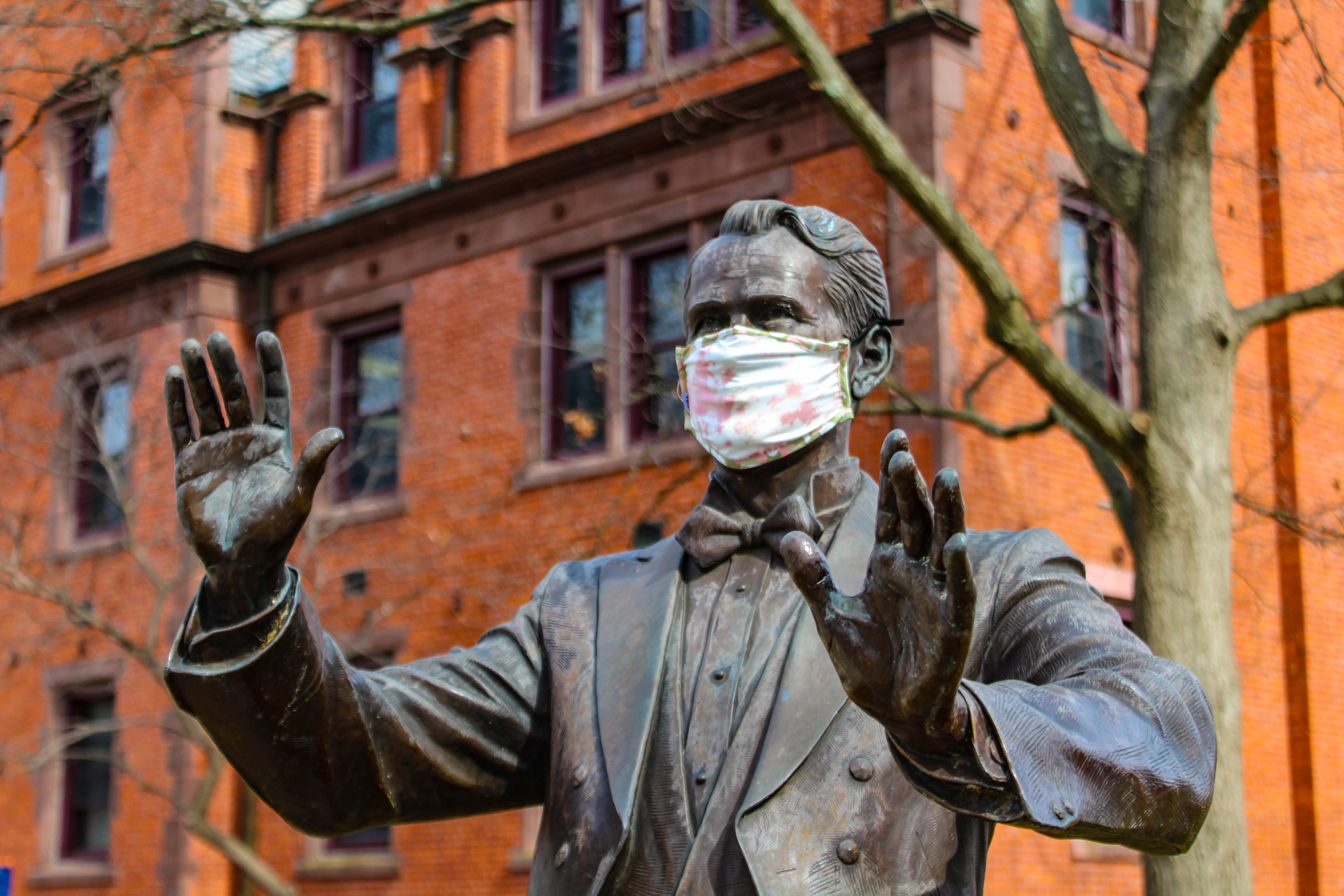 The statue of Reverend Parker B. Wagnild outside of the Sunderman Conservatory of Music. (Photo Mary Frasier/The Gettysburgian)

Students at Gettysburg College’s Sunderman Conservatory of Music participate annually in the National Association of Teachers Singing (NATS) auditions, with some advancing to the semifinals and finals on a national level. Students at Gettysburg took part in the fall 2020 Allegheny Mountain Chapter this past semester, which was virtual for the first time due to COVID-19 health and safety concerns. The participants, which range from high schoolers to adults, are judged by professors from colleges in the region.

Dr. Susan Hochmiller is the Coordinator of Vocal Studies and Director of Opera Workshop at the Sunderman Conservatory of Music at Gettysburg College. She has been a member of NATS since 2007 and served as the president of the Allegheny Mountain chapter from 2016 to 2019.

“I believe that this program is a foundational place where students can start to compete and gain experience,” said Dr. Hochmiller.

In order for music students to compete in any of the voice competitions, they must be recommended by a voice instructor who is a member of NATS.

“I offer this to all of my students,” says Hochmiller. “I think it’s important for anybody to get an opportunity to prepare an audition and get feedback.”

The categories that students may compete in differ for each competition. Students may choose between classical and musical theater for their audition piece. Typically, the students would drive to another school hosting the competition to compete on-site. However, under the current circumstances, the students recorded audition tapes.

“We had five winners in their categories [from the Conservatory] and we had three semi-finalists,” said Hochmiller.

Prior to auditioning, students recommended three pieces that they would have to perform, though only one was submitted for the audition process. Some students were able to record their auditions on campus, while others had to record from their homes. Thomas Lynch ‘24, a music performance major, was one of the students on campus.

“We would get together with our voice instructor, Dr. [Scott] Crowne would play the piano, and we would record in the recital hall. Then we emailed our videos to Dr. Hochmiller, and she sent the videos off to the Allegheny Mountain judges for review,” said Lynch.

Music education major Zane Kazmarski ‘23 was also able to record on campus. “We had to record with our masks on and had to be distant,” she said.

Kazmarski was one of the three winners in the classical section of the competition. She had a positive experience with the audition process this year.

“As music education majors, we normally wouldn’t have time to do something like NATS, so this year it was easier for me to block out a time to record.”

Music performance major Brittney Sedgwick ‘21 competed in NATS her freshman, sophomore, and junior year of college. This year, she was studying remotely so she had to record her audition at home. This, according to Sedgwick, took some of the enjoyment out of making music and made the competition different.

“Virtually it wasn’t much of an experience. In the past it was more of an audition feel,” said Sedgwick. “I didn’t really feel the competition environment this year.”

Sedgwick noted that in a normal year, with the competition held in-person, it felt more formal and exciting. Students could participate alongside fellow music majors On the other hand, Sedgwick did recognize that the virtual form of NATS was more accessible for music majors who would not have time to compete otherwise.

On Dec. 12, the chapter picked the top three participants in each category to perform a  piece in a four-hour concert. The concert was held on YouTube live, and all of the participants were able to stream and interact with one other through the comments section throughout the production.

“Over the past six years Gettysburg has had students compete and win,” said Dr. Hochmiller.

Winners are awarded a certificate and a $75 check. Conservatory students also plan to compete in the next competition, the Eastern Region Online NATS Student Auditions, which takes place this Feb. through March.

The winners are as follows: