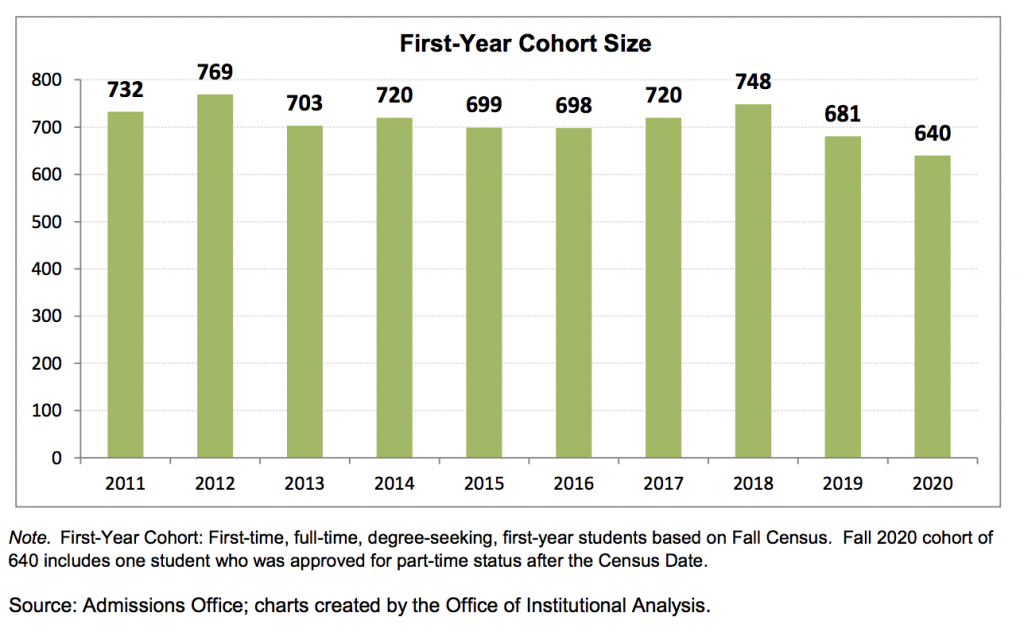 In 2018, 748 students matriculated at Gettysburg with their sights on being members of the class of 2022. This past fall, just two years later, that number dropped by more than 14 percent. There are 640 students in the current first-year cohort.

“At our highpoint, in 2013, we had slightly more than 2,700 students enrolled,” Iuliano said in an address to the campus community on Oct. 29. “This year, the number is closer to 2,500—or a decline of 200 students across the entire student body,” he continued.

The number of students in the first-year class—the lowest in recent memory according to recent data released by the Office of Institutional Analysis—along with the overall decrease in class sizes across class years poses a challenge for the college, though one that is hardly new. 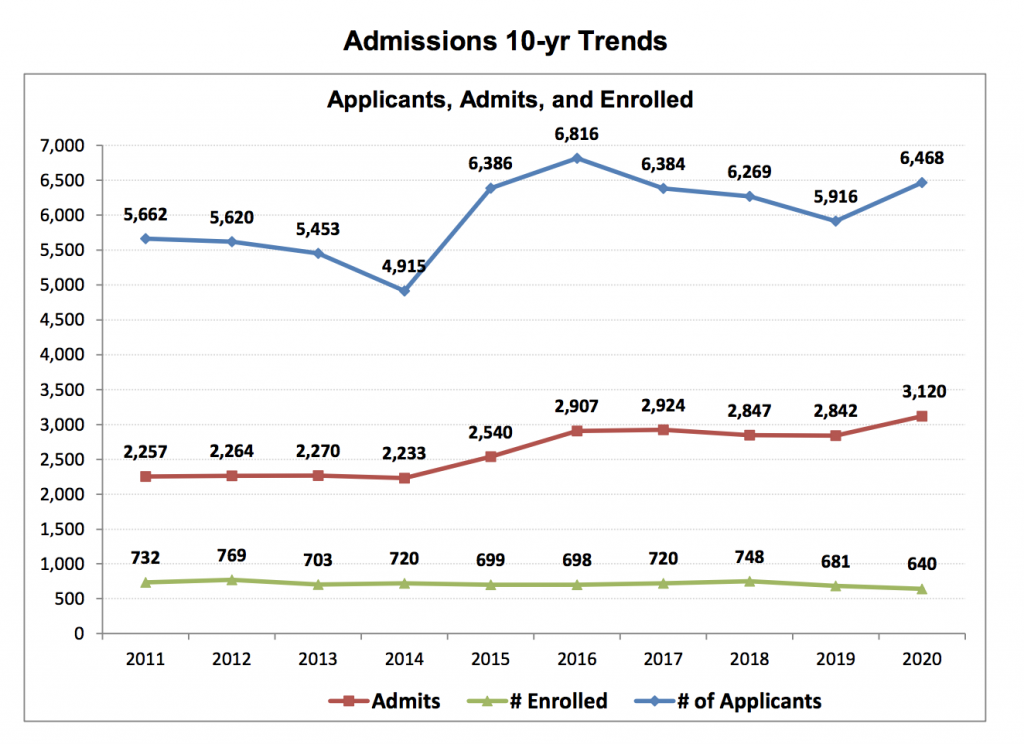 To put it simply, approximately 80 percent of Gettysburg’s operating budget is funded by student tuition, room, and board. This, combined with the looming demographic cliff threatening the financial futures of liberal arts colleges with students coming from states in New England, the Mid-Atlantic, and the Midwest, makes this tuition-dependent model problematic.

In his October address, Iuliano highlighted that colleges like Gettysburg will face the potential of lower numbers of applicants due to these demographic changes. “Before COVID hit, national projections estimated that the college-bound population would decline by 16 percent beginning in 2025,” he said.

Discount rates at Gettysburg have also increased by 10 percent since 2015. “On average, students today are paying only half of our stated tuition,” Iuliano said. This has a tangible effect on the college’s yearly operating costs.

The pandemic has further complicated an already strained financial picture.  In a faculty meeting on Aug. 20, Iuliano emphasized this point. “There are significant financial issues that we’re going to have to attend to as a college that have been augmented by COVID-19,” he said.

Refunds issued to students reassigned to remote study last spring and fall, in addition to costs stemming from pandemic preparation for the in-person semesters, have placed additional strains on the college’s budget. Last spring, students were issued a 50 percent refund of room and board costs. In the fall, approximately 65 percent of the student body received an 80 percent refund of room and board costs, in addition to a $100 testing credit. Rough calculations indicate that the budgetary hit from last semester’s refunds could reach over $11 million. Still, Iuliano has made it clear in interviews with The Gettysburgian that the college will not spare resources when it comes to the health and safety of the campus community.

The launch of Iuliano’s Strategic Plan—Living Our Promise—will include goals pertaining to the move toward a less tuition-dependent model in the future. “If we do this work well, I am confident that it will attract a more robust philanthropic pool, permit us to compete yet more effectively for external funding, and let us recruit a yet more talented, diverse student body,” he said.