Shortly after the College’s town hall, students stood outside of Servo with signs calling for Greek Life to be held more accountable on campus. The protest was held due to the recent spike in COVID-19 cases on campus and general misconduct.

Organized mostly by members of Humor House, and joined by a small group of first-years, nearly a dozen students protested how the administration conducted yesterday’s Town Hall. Their sentiments: that it felt scripted and left students without the answers they needed.

Oskar Wilander ‘21 explained their concerns. “We were disappointed with the town hall and wish that the administration would stop beating around the bush,” Wilander said in reference to the College not pointing fingers at any particular group of students. He hopes that in the future, the administration will hold all of Greek Life accountable. 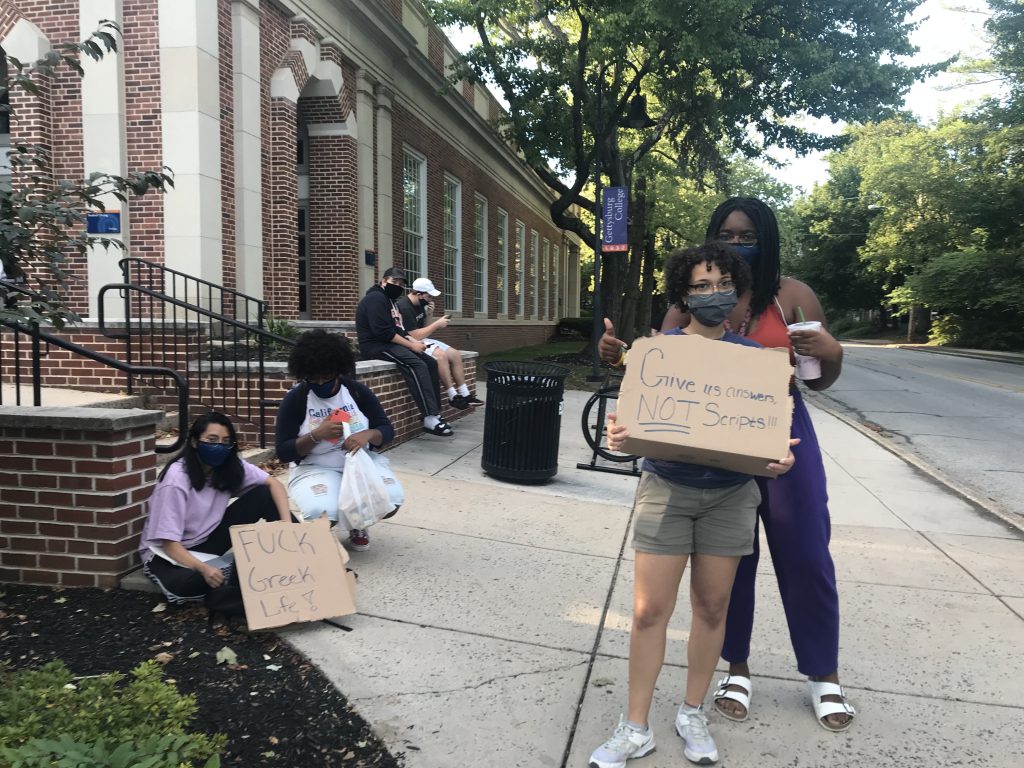 Other students questioned what the role of Gettysburg’s Department of Public Safety is if it is not to protect the student’s by policing parties and other events where COVID-19 protocols may be violated.

“I’ve seen DPS pass by parties and big groups of people and not do anything,” Jersia Pimente ‘24 said. Pimente, along with three additional first-year students, saw the protest and decided to join the cause out of frustration towards the administration and DPS. 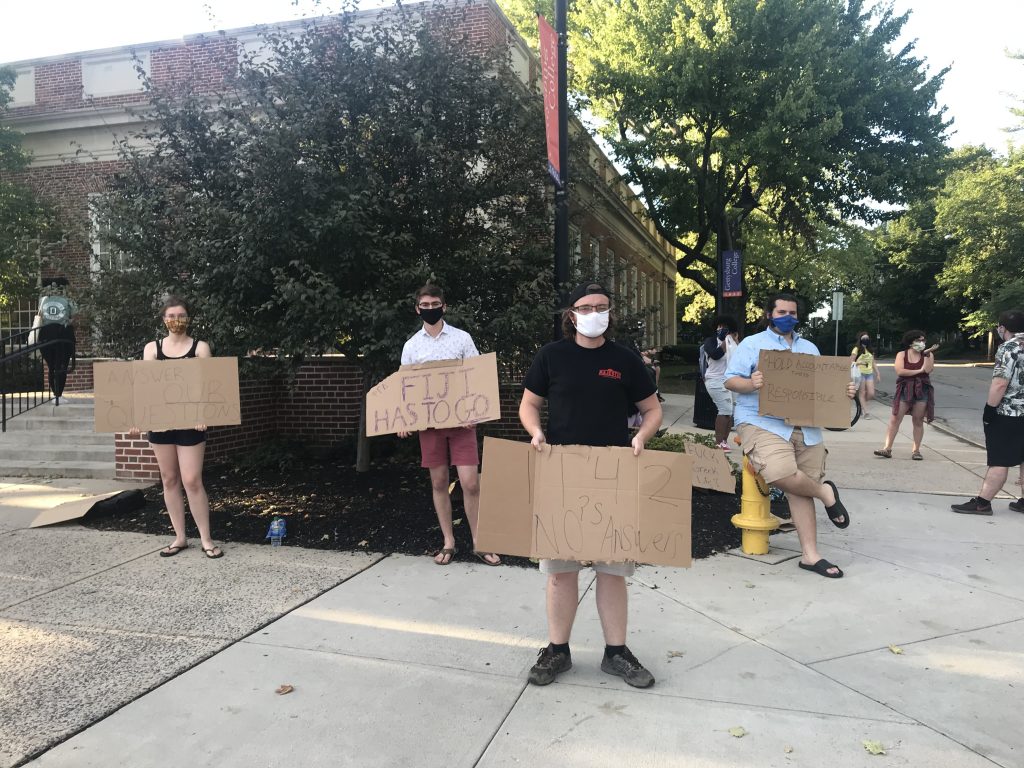 Kyle Beatty ‘23 held a sign that specifically called for the removal of Phi Gamma Delta, otherwise known as FIJI.

“FIJI has had a few COVID-19 violations,” Beatty said and explained that over the years have had numerous cases of general misconduct associated with the group. “That stuff just doesn’t go away overnight.”

As seen on social media pages such as @gburgsurvivors and @burgchicks on Instagram, many students shared the sentiment that their questions were left unanswered.

“All the questions they answered felt very disingenuous,” Christian DeMusis ‘21 said. “I was hoping we’d get some real answers.”