‘We Must Do Better’: Takeaways from COVID-19 Town Hall and Peace & Justice Council Student Town Hall 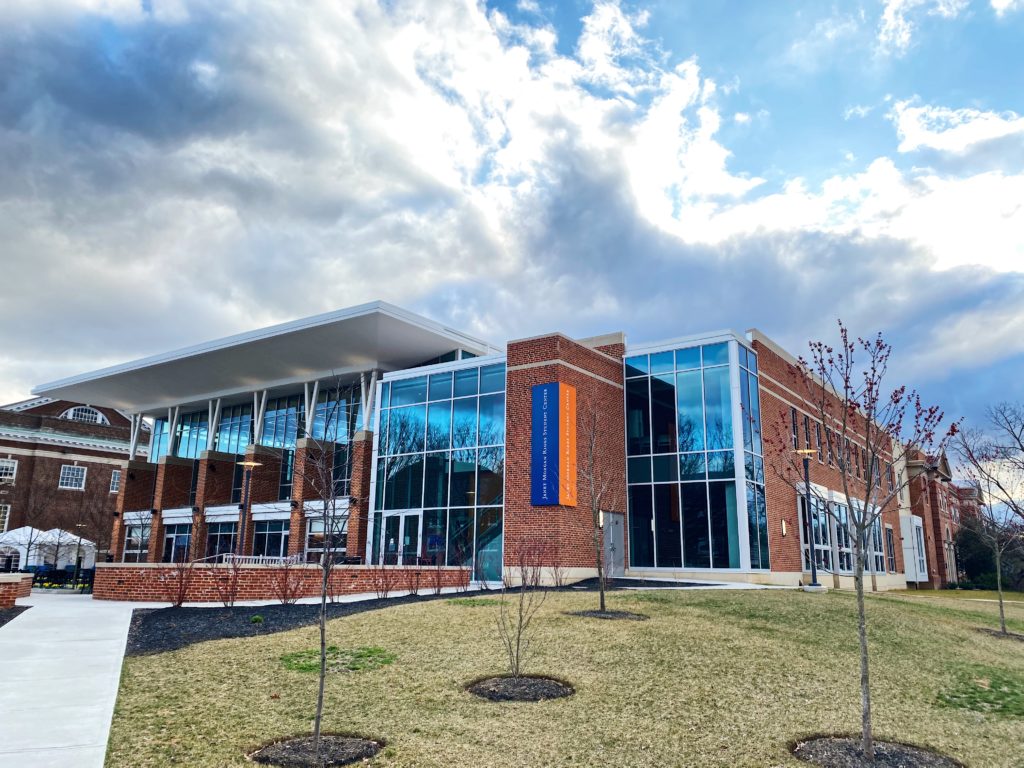 The four, joined briefly by Provost Chris Zappe, College employee Darryl Jones, and six current students, expressed the approach of an “inflection point” at Gettysburg College and reiterated that all students must comply with regulations in order to prevent any further spread of the virus.

President Iuliano encouraged students to remember their commitment to the health of the campus community by returning to residence and the culminating effort of staff and faculty to make an in-person semester possible. He also asked for students to hold themselves accountable.

“We know that … the judgment made over the course of a single evening can be the cause for the sort of community spread that imperils our ability to be together. We can do better. In fact, we must do better if we wish to remain together,” Iuliano said.

Dr. Keeling listed a myriad of facts about the results in this second round of testing. 33 positive tests were reported out of a total of 2,107 students with a 1.57 percent infection rate. Almost all of the cases, 31 out of 33 were sophomores and two were seniors.

He also noted that clusters of infection emerged among students with shared events, activities, teams or organizations—a trend in higher education—and 26 of the positive cases came from students who reside in the Gettysburg Hotel, which has been in quarantine since Friday afternoon.

“We … know that these clusters are related to gatherings primarily. … And we know that those gatherings often represent a lack of compliance with … the safety procedures and protocols,” said Dr. Keeling.

Dean Ramsey discussed the plan to retest students in groups and memberships linked to positive cases in the upcoming week and quarantined students in residences with a trend of positive test results.

She then reiterated the expectations for student conduct, including immediate sanctions of campus restriction and suspension for students who fail to comply with the protocols. A revised sanctioning approach will be available to students on Monday. Ramsey mentioned that two Greek organizations are under suspension for social gatherings without masks and physical distancing, and additional restrictions put in place for this weekend will be extended until further notice.

“We have enacted these steps because it is what will allow us to get back on track and give us the best opportunity to remain together in the near and long term,” Ramsey said.

Students shared personal experiences and voiced various concerns about lack of compliance with campus health regulations and reiterated a call to action to follow the guidelines and allow the remainder of the in-person semester to take place.

The hosts on the call received over 1,000 questions from participants for the Q&A session at the end of the Town Hall. Iuliano and Davenport noted that the College will try to extract and answer them in the coming days; they directed further questions to the email fallreturn@gettysburg.edu.

Later in the day, the Peace & Justice Studies Council hosted a student-centered Town Hall to provide students with a space to discuss the current handling of the increase of COVID-19 cases on campus. Almost 50 participants, including Gettysburg students and employees, attended the Zoom session.

Anna Perry ‘21 moderated the event along with Jenna Thoretz ‘21 and encouraged participants to be mindful by noticing their breath and be comfortable speaking honestly and with intention.

“This came from a conversation that was being had amongst Peace & Justice students about the desire for a space for Gettysburgians, not just students, but all of us to come together and speak honestly about what we’re feeling and seeing as well as to imagine together and to push the bounds of our minds in this moment,” Perry said.

Students began by voicing on their initial thoughts from the previous Town Hall, including thoughts about the best way to redirect the community to follow the rules and reflect on their actions.

“We set these regulations, we set these rules, but unfortunately, some people don’t follow them as much as others, so it left me wondering how we are going to, as a community, be able to balance not only our own safety, but the safety of others,” Angely Arriaza ‘22 said.

The group continued to discuss the role of accountability, reporting, and enforcement in response to the uptick in cases and return to residence overall.

“They came up with this whole list of rules … but what everyone’s been mentioning so far is people are blatantly … not wearing masks,” Lillian Shea ‘21 said. “I think the administration—if they are going to hold us to these rules, they need to make a more concerted effort to follow up on that.”

Students continued the conversation by mentioning a desire for the College to acknowledge and focus on the mental health of students.

“I’d like to see a little more mental health support from the school,” Henry Goodson ‘22 said. “I think that could be a really positive direction to help with the isolation that all of us are feeling to different degrees.”

The topic of whether or not faculty and staff are being tested prompted a greater discussion with some employees about the college procedures.

“Employees have not been tested at all,” Assistant Dean of the Library Janelle Wertzberger clarified. “There have been repeated questions about whether or when the college might do a baseline test of all employees and the answer is repeatedly that we’re not doing that.”

Director of Peace & Justice Studies Hakim Williams made an addendum to the comments regarding faculty and staff testing by noting that at a recent meeting, Darrien Davenport mentioned looking into the possibility of testing staff.

Students touched on the issue of a lack of clarity in the College’s regulations and communications.

“I feel like they just need to send out a list of what’s allowed and what isn’t allowed,” Timothy Wilson ‘21 said. “And then I would like to see administrator buy-in … if we are going to be a community, every single person needs to buy into the rules and follow the rules.”

A student living in the hotel also voiced the need for more clarity and planning in regards to the recent quarantine for hotel residents, which allows students to leave their rooms only to retrieve food from the campus dining options at the Gettysburg Hotel.

“I understand the need to quarantine and quarantine quickly … but at the same time, I would have appreciated a bit more clarity and transparency,” Allie Mosmiller said. She continued to note that hotel residents can get food but are not allowed to do laundry or leave the building to take the trash out.

Mosmiller also voiced frustration at problems with the WiFi at the hotel, which has a current maximum bandwidth of 500 devices, “I’m mostly frustrated with the lack of forethought and also just things not adding up,” she said.

Associate Director of the Office of Student Activities & Greek Life (OSAGL) Caitlin Lindsay jumped into the conversation to discuss both the varying degrees of isolation and quarantine based on close contacts with those who test positive and the regulation and reporting process for organizations on campus.

“If you’re the partner of someone who tested positive, you might be at a higher risk than someone who was working with someone on a group project where you were close to them for over 15 minutes,” she said about the reasoning behind isolating close contacts.

For Greek Life, Lindsay mentioned that sororities were instructed to minimize bid day to only new members and one or two members of the executive board to decrease contact. She also explained that reports are monitored and acted upon at a group or individual basis; the latter of which are not shared for privacy concerns.

“When reports do come in to us, it is being followed up on and actions are being taken in an individual and group setting,” Lindsay said.

She also spoke further about Greek Life rush events; sororities operated on a virtual basis and fraternities registered events on 25Live and presented safety plans to be reviewed by OSAGL staff, a process which applies to all student organizations registering events.

“We were trying to figure out how we could still have some of those in-person things in as safe a way as possible,” Lindsay said. “For the recruitment events, we did have people who were doing a quick walk or drive past the event to check in on things like that … there were some organizations who were brought in for not following all the rules.”

The discussion ended with a conversation about dreams and hopes for the community.