Home » A&E » The Theater Is Closed, but for Professor Christopher Fee and the Medieval Drama Class, “The Show Must Go On”

The Theater Is Closed, but for Professor Christopher Fee and the Medieval Drama Class, “The Show Must Go On” 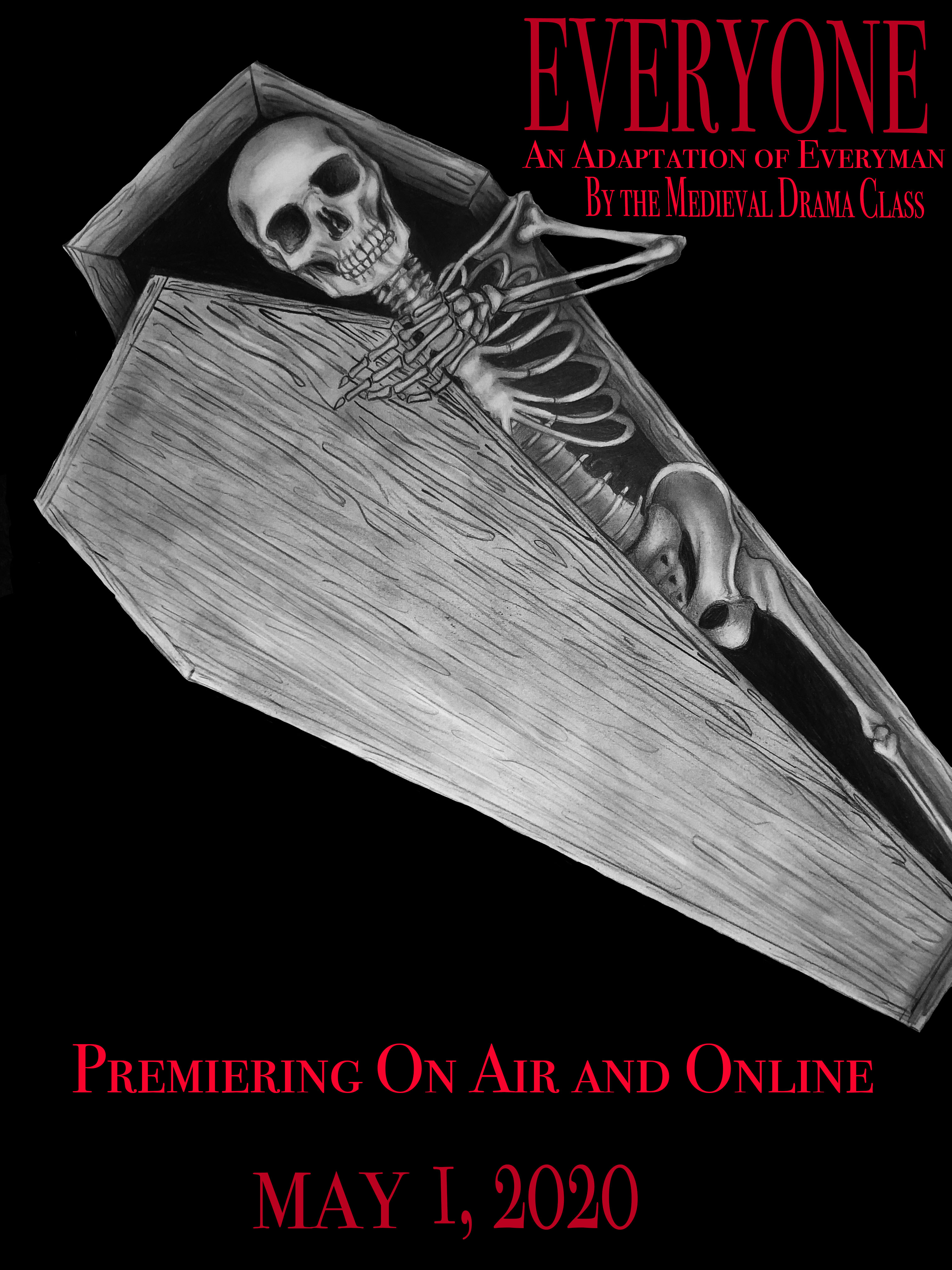 Gettysburg College is one of many college campuses that has seen traditions put on hold or outright cancelled in response to the COVID-19 pandemic.

This, however, has not stopped English Professor Christopher Fee and his Medieval Drama class.

Every other year since 1999, the class has put on a live performance of their original adaptation of a medieval play for the college in the Spring, typically outdoors somewhere on campus. This year, the class was invited by the Theatre Arts department to perform on the Kline stage, opening up new opportunities for the students as they explored how to convey the message of this year’s show, Everyone, an adaptation of the medieval morality play Everyman.

“Obviously that can no longer happen, and originally that was a crushing disappointment,” Fee said. “But the show must go on.”

With the campus shut down, Fee, alongside many other professors worldwide, has had to rethink the larger part of his course, navigating a transition away from the original plan for the on-stage performance. And so, this year’s class, “never willing to blink in the face of doom,” will be producing an audio drama instead. The show will air online and will be broadcast on WZBT campus radio.

Students will send in voice recordings and will mix the tracks, adding music and sound effects to develop the final product: an audio-only version of their original adaptation.

“The key to any tough transition is to take a deep breath, to give it some time to sink in … and not panic,” said Fee.

There are many jobs involved in the production of a show, and the students in the course had been placed in separate groups for directing, writing, set, and costume design. “A lot of things that we were going to do for the show had a very visual element, [such as] characters changing appearance over time and specific costume and scenery pieces,” said Olivia Plaushin ‘22, who was a part of the set design group.

Unfortunately, with the move to remote education, some of these jobs have simply become impossible. As the course adapted, the students formerly in charge of the scenic design and costumes for the show have been tasked with orchestrating sound design. “I was a bit nervous about it at first,” Plaushin said, “but we have been working really hard for the past couple of weeks and I think it’s going really well. I’m really excited to see how this will all turn out.”

Many of the students have never before received any training in sound design and the mixing of audio tracks required to make sound files.

“I had figured my experience with theatre would be useful for this production, but now I’m as much out of my element as everyone else,” said Chris DeMusis ‘21, an English and Theatre Arts double major.

Nevertheless, the students are embracing the challenge. “I’m very excited about the changes,” said DeMusis. “I think they present really new opportunities for the directors’ visions and it’s a bunch of new skills we as a class have to come up with on the fly.”

Even with a set of boundaries never before experienced in the two decades the class has run, Fee and his students remain optimistic. “I genuinely believe that with flexibility of mind, hard work, and a positive attitude, we can really transform what initially seemed like a total disaster into a fabulous creative learning and teaching opportunity,” said Fee.

In a day when most theaters have closed their doors, the Medieval Drama class lives up to the old adage: indeed, the show must go on, even if it means going online.

The class’s production, Everyone, is set to air May 1.