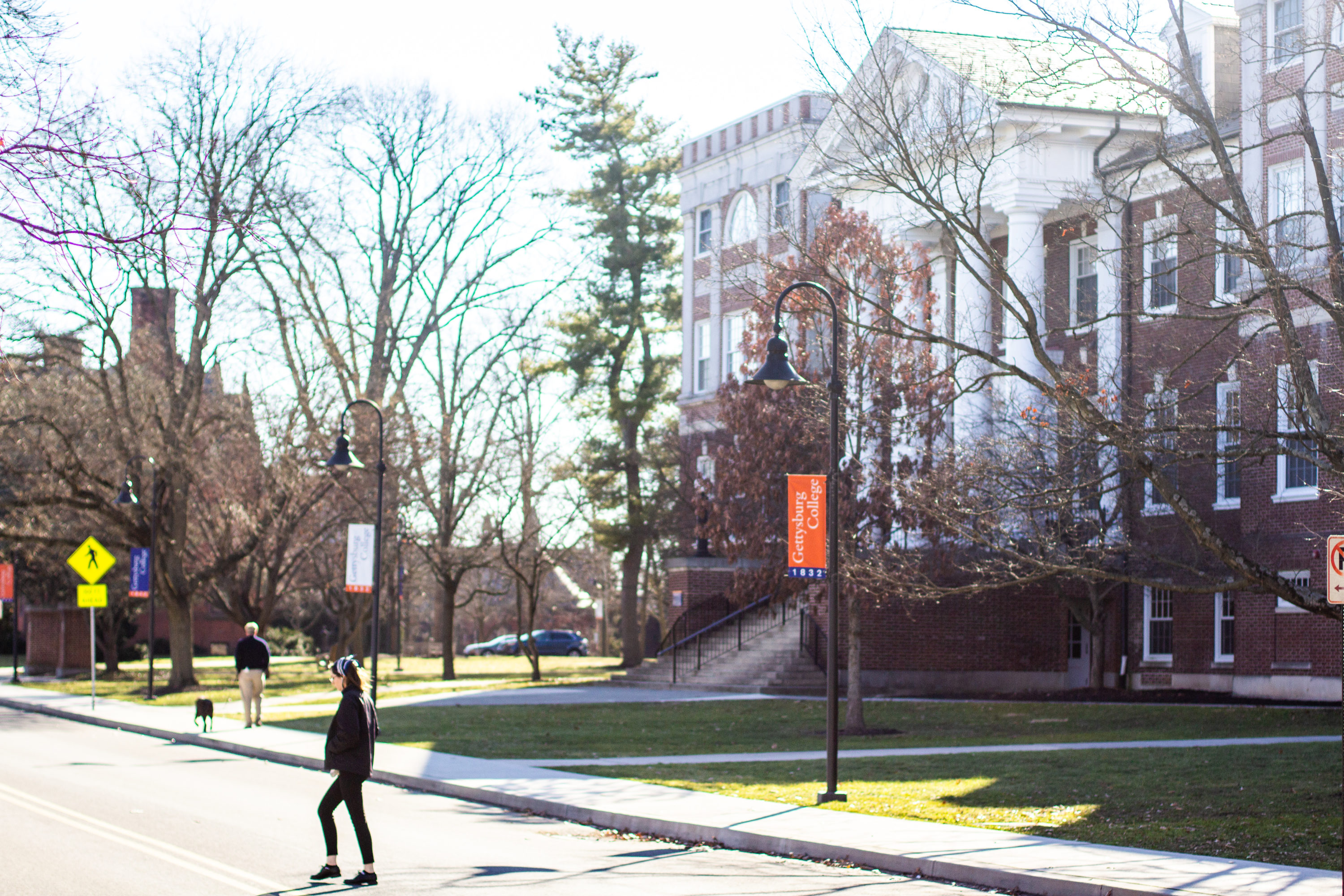 Nearly 230 members of the faculty and college administrators logged into Zoom Thursday afternoon to receive the clearest indication yet as to how the coronavirus will impact the college’s finances. Much of the same information was also communicated to employees in an email sent earlier in the day Thursday.

According to President Bob Iuliano’s comments at the faculty meeting, the college anticipates taking a $7 million hit to the budget stemming primarily from refunding a portion of room and board charges after students left campus in March. In response, the college has instituted a strong presumption against any hiring, canceled a planned pay increase for employees that was to take effect on June 1, and paused major capital projects.

The college has committed to pay all benefits-eligible employees—full and part time—through April 30.

“We are not in a position to make a commitment beyond April 30, and we know that will generate some understandable concern,” the email Iuliano sent to staff this afternoon said. “But we will be using the coming weeks to see more clearly the full range of implications brought about by the pandemic, including aspects of the government’s response, in reaching longer-term judgments.”

At the faculty meeting, Iuliano hastened to clarify that current permanent faculty members’ positions are unaffected and apologized for any ambiguity in his prior message.

Meanwhile, all job searches in which an offer has not been extended to a candidate are now subject to a strong presumption against new hiring. Several faculty searches are ongoing — mostly for one-year Visiting Assistant Professor positions, several of which are to fill in for faculty members on sabbatical — and it is not clear how far along they are and whether they will be affected by the new approach. Other high-profile ongoing searches include for a new Vice President for Enrollment and Educational Services (EES) and a new Executive Director of the Eisenhower Institute. It was not immediately clear how either search would be affected, but current Vice President for EES Barbara Fritze will retire in June.

“The purpose behind all of this of course is to preserve resources that we may need in the coming months,” Iuliano told the faculty. “I’ll note that we have not yet done anything particularly drastic and that is purposeful on our part because there are a lot of unknowns. We really do want to see how a bunch of variables break such as class size, how long the shelter-in-place order remains in place, what the government does with the stimulus package that we are still seeking to understand, and, ideally, use that information as we begin to make additional judgments.”

The financial uncertainty comes at a time of seasonal financial precarity that is heightened by the coronavirus: the college has extended offers to, but not yet received commitments from, potential members of the Class of 2024. While applications rose by 10 percent and the college extended offers to what Iuliano called Thursday afternoon among the strongest classes in terms of academic strength and diversity in the college’s history, just how many of those students will attend in the fall—and bring their tuition dollars with them—remains unknown and will significantly impact just how severe a long-term financial blow the college might sustain. The college already faces a complicated financial picture due to an anticipated demographic cliff.

On the plus side, though, Iuliano reported that a virtual panel for prospective students earlier this week had 90 registered attendees and 140 actual attendees, which he interpreted as a sign of strong prospective student interest, and that the Admissions Office continues to work around the clock to enroll admitted students to the college.

Iuliano read a note he received from Senior Associate Director of Admissions Darryl Jones, who coordinates multicultural outreach for the office, that highlighted conversations between current students and admitted prospective students about why they should choose the college.

“Part of our first generation yield program has involved Zoom meetings,” Jones’ email said. “This week, our students have had glowing praise about their continued connection with professors, the support they have received from help getting their belongings to Chicago to loaner laptops and hotspots, to even assistance getting home when flights were changed and canceled. I wish I could have had all of you listen in on these meetings. Our students have sold the things that make Gettysburg College special: our community.”

Jones went on to recount how one current student broke down in tears at the realization that, of all his friends at various colleges, none have received as much support from their colleges as he has from Gettysburg College.

Faculty and other members of the campus community will be invited to participate in recruiting events in the coming weeks, Iuliano said.

After Iuliano’s remarks and a statement from Provost Chris Zappe, the remaining half-hour was devoted to questions from the more than 225 attendees logged into the meeting (a figure that included both faculty and some college administrators).

Associate Professor and Chair of Anthropology Amy Evrard asked how faculty members in their role as academic advisors should handle situations in which they hear from advisees that faculty members are not being accommodating to the present circumstances by requiring unreasonable assignments or other issues. Provost Chris Zappe suggested several possible lines of communication before noting that he has already heard of some such circumstances; he encouraged the faculty to be sensitive to the various challenges that students are currently facing.

But, he conceded, “I do understand that there will be disagreements between faculty and students as far as what’s reasonable.”

Johnson Distinguished Teaching Professor in the Humanities and Professor of History Bill Bowman asked about the prospect of study abroad next academic year, and Zappe noted that—to date—about 200 students have expressed interest in doing so but that it remains unknown whether that will be possible.

“I don’t think anyone honestly knows whether that will happen or not,” he said.

Remaining questions dealt mostly with support services available to students including the availability of counseling services (which is complicated by the fact that counseling cannot occur across state lines, but Dean of Students Julie Ramsey noted that college staff are working to connect students to resources at their respective homes), technology (which can still be loaned out through G-Tech), and the possibility for volunteer faculty and staff members to conduct weekly check-ins with students (which both Ramsey and Zappe expressed openness to investigating further). In response to a question about graduation, which has been postponed, Iuliano said that 48 percent of the Class of 2020 responded to a survey about how the college should proceed within an hour of it being distributed.

Iuliano acknowledged the many points of uncertainty that remain and highlighted, in particular, the situation involving the future of employees.

“We’re taking this in a very paced way to see if we can understand better,” he said. “We’re still trying to make sense of the stimulus package and what it means for us. I don’t know which employees will be impacted; it will most likely be those folks whose capacity to work remotely is most difficult to accomplish.”

Iuliano pledged to continue to disseminate information to the faculty so that they have a “shared baseline of information moving forward” and asked for their continued energy as the initial adrenaline associated with the move online wears off.

“In some respects, the harder part of remote education may well be ahead of us,” he said. “The first week had a rush of adrenaline and excitement as people tried to make sense of this new way of learning. My guess is there was a little wind behind our backs as a result of that. A week and a half—almost two weeks—after that, I also suspect that the adrenaline is beginning to wear off … it seems to me, then, that the energy and enthusiasm that you bring to your classrooms every day is going to become all the more important in the coming weeks.”

Editor’s note: This article was updated at 11:30 a.m. on Apr. 3 to provide more context about a range of ongoing faculty searches.