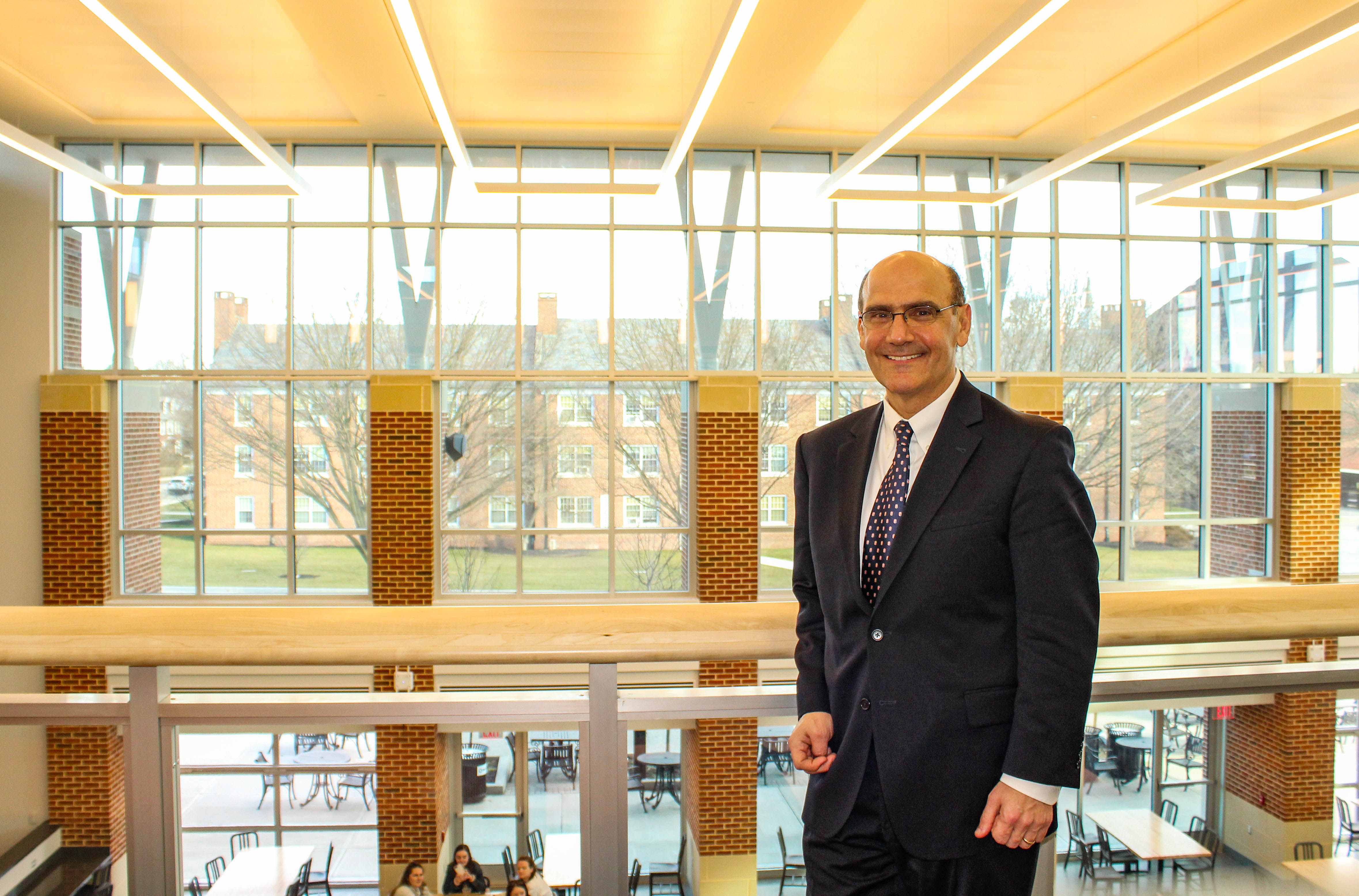 By Benjamin Pontz and Gauri Mangala

Gettysburg College will furlough a “small number” of administrative employees, reduce the hours of some support staff, and reduce its contribution to employee retirement accounts to help offset financial effects of closing campus due to COVID-19.

The announcement came Monday afternoon in a message to all employees.

“We will be more closely aligning the pay with the actual working hours for those staff and administrative employees whose capacity to work effectively in this environment has been most profoundly affected,” the email from President Bob Iuliano said. “Hourly employees will continue to work at least one day a week (and many hourly employees more than that), while a small number of administrative employees will be furloughed. The affected employees have already been notified.”

A college spokesperson did not provide a direct answer to questions about how many employees have been affected, what departments have been impacted, and how much the college expects to save as a result of the moves.

In an email, Executive Director of Communications and Marketing Jamie Yates said, “The decisions were driven by employees’ capacity to work remotely; every area across the college was impacted in some way. All of the measures, including the ones outlined in the April 2 message and the additional measures announced today, begin to address the economic impact the college has experienced because of the pandemic.”

According to three sources who received details beyond what was disclosed to all employees, several areas within the Finance and Administration division including dining, facilities, and the Majestic Theater were hit particularly hard by the cuts, while cuts in the academic division have mostly been limited to academic administrative assistants, some of whom will begin their regular reduced summer hours sooner than planned. Yates did not dispute that those areas were hard hit.

Overall, the college faces a $7 million hole in its budget for this fiscal year, a number that will be compounded by lost revenue associated with canceling all summer programs. Thus far, the college has frozen most hiring, suspended new capital projects, and canceled a planned increase in employee compensation. It has, however, continued to pay all employees through April 30. In terms of new revenue, the college will receive $1.66 million from the federal CARES Act, a figure that Iuliano called “welcome though limited,” of which half must go to emergency student financial aid grants.

In addition to furlough and hour reduction announcements, Iuliano announced that he would take a 15 percent pay cut through at least the first six months of the upcoming fiscal year and that other college vice presidents have agreed to take an undisclosed salary reduction.

Most of the furloughs and reductions in hours will take effect May 2 and last through the end of July.

“In anticipation of a return to campus in the fall, we have planned these steps, and schedules, through the end of July,” Iuliano said. “But it is only fair to acknowledge that we are in a period of considerable uncertainty and that limits our ability to make confident predictions. We will continue to evaluate the evolution of the virus and its impact on the College and higher education, with an eye to making the best possible judgments for our College, students, and employees as the facts come into clearer focus.”

Impacted employees will continue to receive health and dental insurance as well as tuition benefits through the end of August, and the college will pay the employee share of the health premium for the first two pay periods for anyone impacted by a furlough or reduced work hours.

The college believes that these employees will be eligible to receive unemployment compensation through at least July.

As for retirement, the college will begin in July to reduce its contribution to employees’ 403(b) plans from 10 percent to 5 percent of eligible compensation.

Gettysburg, of course, is not the only college to face financial challenges associated with COVID-19.

Dickinson College pledged to pay all of its full- and part-time employees through June 30, the end of the fiscal year, while, for now, Franklin & Marshall is continuing to pay its full-time and other benefits-eligible employees. Harvard University will pay all employees through May 28, but its senior administrators announced a 25 percent pay cut in addition to a hiring freeze and suspension of capital projects.

This announcement by Gettysburg keeps with the incremental approach that Iuliano has employed since the beginning of the COVID-19 crisis, which he acknowledged will require additional hard decisions down the road.

“Our responsibility is twofold: we must both support our community today and nurture this special institution for generations to come,” he said. “These dual responsibilities require us to confront difficult decisions with candor, confidence, and an eye to what will strengthen the College over the long term. They require us to steward our existing resources as wisely and as carefully as possible, which we have long done as a College and which takes on special importance given current economic circumstances, both globally and for higher education.”