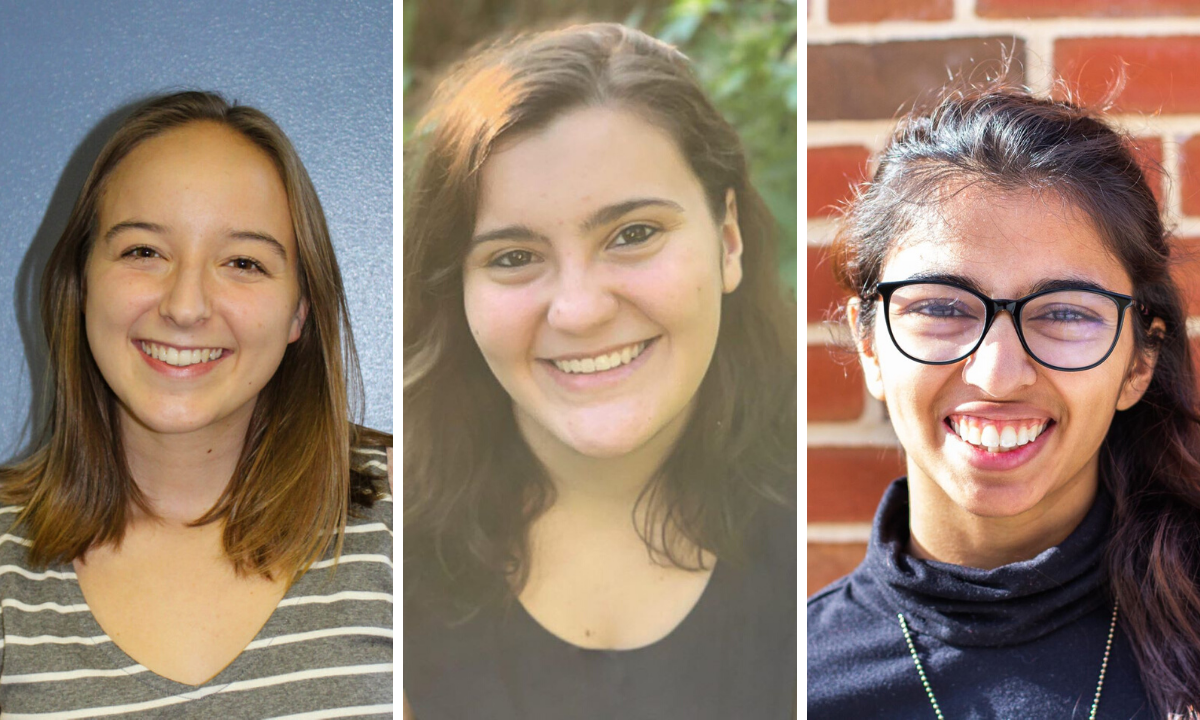 Anna Cincotta ’21 will serve as editor-in-chief of The Gettysburgian for its 123rd volume during the 2020-21 academic year. She will be joined by managing editors Gauri Mangala ’21 and Maddie Neiman ’21. The trio — along with the rest of the editorial board for the upcoming academic year — was elected unanimously by The Gettysburgian‘s staff Sunday afternoon.

Cincotta, who served as opinions editor during the fall of her junior year, is a political science major and has served in various capacities with the Center for Public Service including as program coordinator for the Painted Turtle Farm. She will succeed Benjamin Pontz ’20, who has served as editor-in-chief since the spring of 2018. Her tenure begins May 16. 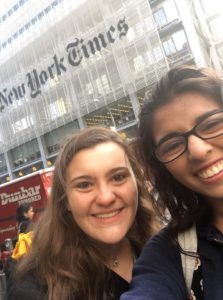 “To say that I am leaving The Gettysburgian in good hands would be an understatement,” said Pontz. “Anna, Gauri, and Maddie have distinguished themselves not only as capable journalists, but also as compassionate people, incisive thinkers, and thoughtful citizens of the Gettysburg College community. I have every confidence that their leadership will help this publication soar to new heights in its efforts to cover a truly unique time in the college’s history.”

Phoebe Doscher ’22 will lead The Gettysburgian‘s magazine in its second year of publication. Previously, she served as news editor, and she wrote a first-person account of how growing up in Sandy Hook, Connecticut motivated her efforts to start a gun violence prevention club at Gettysburg College in the magazine’s first issue.

“Phoebe has just what it takes to lead as magazine editor: she’s creative, she’s driven, and she’s committed to developing stories that matter,” said Hand. “Phoebe has been involved with the magazine in its first year and is ready to take charge. If she starts selling subscriptions, I’ll put my name first on that list.”

In addition, The Gettysburgian will establish a new team of senior opinions writers who will work collectively to develop regular staff editorials, fully separating that process from the newsgathering division. That board will be led by Emily Dalgleish ’22, who returns for another year as opinions editor. Its members will include Britney Brunache ’22, Joshua Gonzalez ’21, and Carter Hanson ’23.

“To say that I am leaving The Gettysburgian in good hands would be an understatement.”
– Benjamin Pontz, Editor-in-Chief

Rounding out the editorial board are:

All told, the editorial board will have 14 members, the largest group in recent memory.

“We were in the enviable position of having a deep pool of talent representing a breadth of academic areas and social circles on campus as we built a leadership team for the coming year,” said Pontz. “I could not be more excited with the roster we have put together, which has new faces as well as experienced returning members, and will help build on the work our team has achieved this year.”