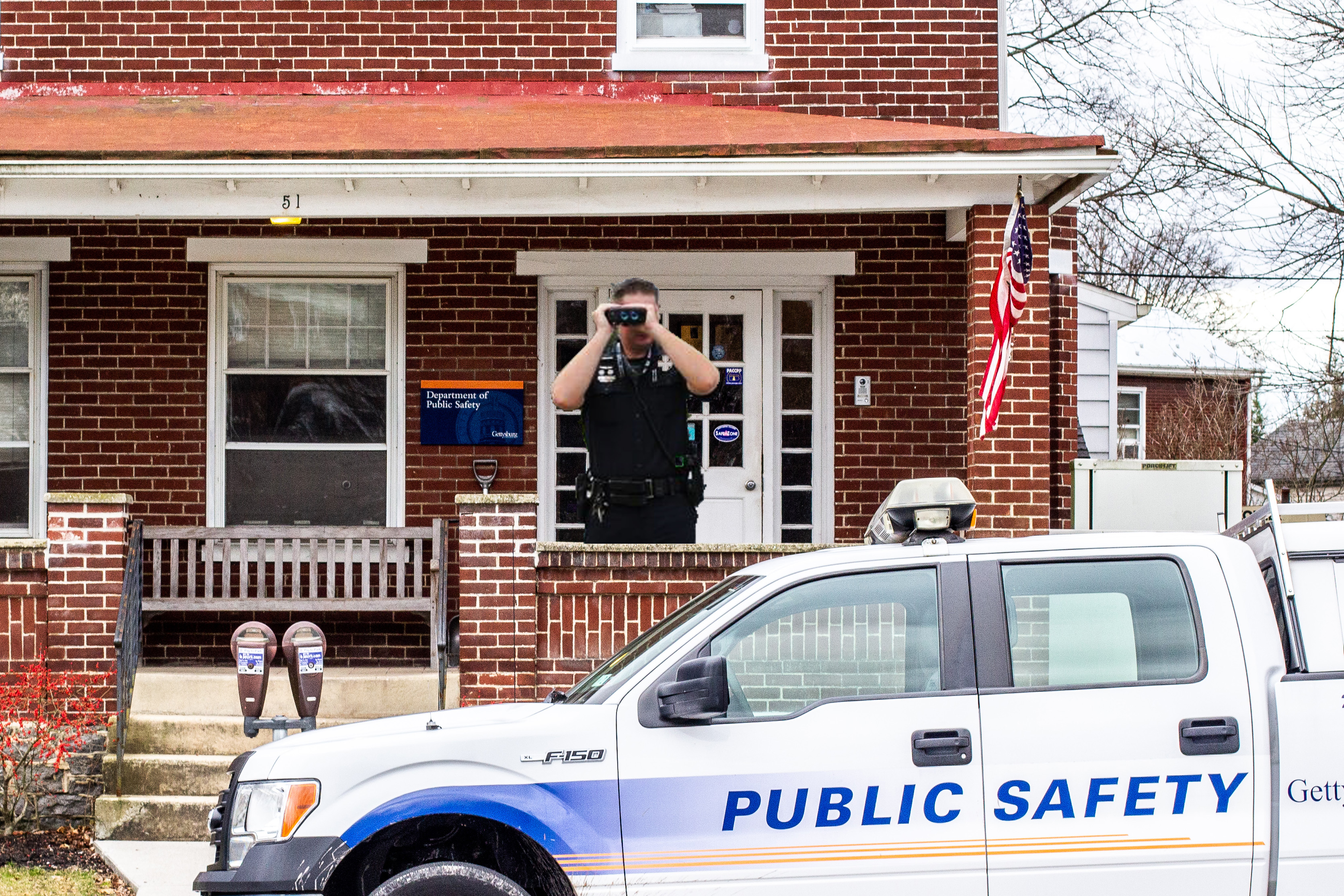 DPS looking out with their binoculars to monitor campus

The Gettysburg Police Department has recently reported that they have ended their night shift.

“You know, with all of the students gone and no longer running out in the streets in the middle of the night, we’re not really ‘essential business’ in the early hours of the morning anymore!” said one unnamed police officer. “All of the townies just go to sleep. No one’s out committing crimes anymore except some of our own.”

This came about after video clips were released that a police officer had intentionally created a high-speed car chase at two in the morning so his friends on the night shift would have “something to do.”

The Department of Public Safety, on the other hand, scoffed at this.

“We know that crime can happen even when we’re under stay-at-home orders,” Director of Public Safety Bill Lafferty said. “We’re increasing staff during this trying time.”

The police officers who previously worked the night shift for the GPD can now be seen donning DPS officer uniforms at two in the morning. They watch the empty streets, waiting for the few students staying on campus still to stumble out of empty fraternity houses drunk.

“You never know,” said one DPS officer. “That’s why we hired all the extra cops. You just never know.”

Despite social distancing rules, DPS is concerned that students may take advantage of this time to underage drink without the fear of being caught. While they know few students are still on campus, they are afraid others might sneak on campus thinking no one will see them.

With the police department empty in those early morning hours and town relatively silent, one would think DPS was too concerned.

“A few days ago we caught a squirrel trying to sneak into Breidenbaugh,” Lafferty said. “You can never be too careful about the safety of our campus and our town.”

Because of this, DPS is considering purchasing another house off-campus to make a separate office. That way, they would be able to have eyes all over campus.