Posted By Gauri Mangala and Benjamin Pontz on Feb 1, 2020 | 0 comments 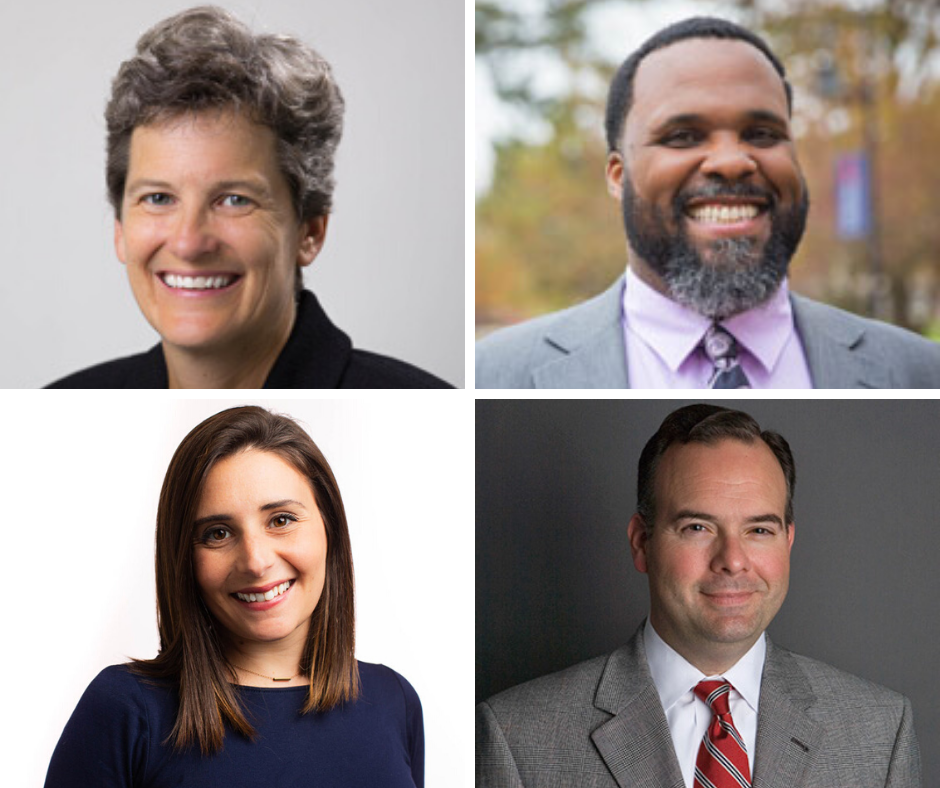 By Gauri Mangala and Benjamin Pontz

Gettysburg College President Bob Iuliano announced Friday that he has promoted two college administrators and assigned additional responsibilities to two others as part of a restructuring of several of the duties currently performed by Executive Vice President Jane North, who will retire in May.

North’s work includes overseeing human resources and risk management, working with the Board of Trustees, engaging in community relations work with the local community, and managing special projects.

Dr. Kristin Stuempfle will assume North’s place in the President’s Office and help manage day-to-day college operations in a restructured role as Iuliano’s Chief of Staff and Strategic Advisor. Stuempfle, who currently serves as Associate Provost for Academic Assessment and Dean of Natural Sciences, Mathematics, and Computer Science, will also assume North’s role as the college’s Ethics and Integrity Officer.

“Over her many years on campus, Kris has proven herself to be a strategic thinker, fiercely committed to the College and to understanding the ever-changing landscape of higher education,” Iuliano said in an email to campus Friday. “She brings experience in crafting and monitoring strategic plans and working on the College’s Middle States accreditation. She will offer the perspective of a long-serving member of the faculty to the President’s Council, together with a heightened understanding of the College’s administration through her years in the Provost’s Office.”

The college’s current strategic plan ends in 2021, and the college will undergo a midpoint peer review through the Middle States accreditation process this year ahead of its next decennial review in 2023-24.

According to a Pennsylvania Hall source granted anonymity to discuss the reorganization freely, Stuempfle is expected to be involved in both of those processes.

“I have been very impressed with the start of his presidency and his commitment to the power of a liberal arts education to transform students,” Stuempfle said in an email to The Gettysburgian. “As noted in the announcement, I anticipate that I will engage on a range of issues, with a particular focus on institutional priorities, strategic planning and execution, and other institutionally related issues as they arise.”

Stuempfle, who joined the Gettysburg College Health Sciences Department as a faculty member in 1997, will depart her role in the Provost’s Office when she assumes this position in the President’s Office, and the college will conduct an internal search to fill her current role.

Davenport returned to Gettysburg College in September with the added role of Assistant Vice President in the College Life Division after a two month detour during which he served as a student affairs officer at Penn State Harrisburg. He originally came to Gettysburg College in 2016 as the first Executive Director of the Office of Multicultural Engagement. Iuliano said that, earlier in his career, Davenport worked in human resources. Davenport was a member of the Presidential Search Committee that recommended hiring Iuliano in 2019.

“In his new roles, he will help integrate the work of the President’s Council and the Board of Trustees, be an invaluable ambassador to the Board and for the College, and provide a student-focused and multifaceted perspective to institutional decisions,” Iuliano added in his campus email.

Executive Director of Communications and Marketing Jamie Yates, who was promoted to President’s Council as her office will leave the Enrollment and Educational Services division upon Barbara Fritze’s retirement in June, will assume North’s community relations functions.

The reorganization brings the size of President’s Council to ten, up from eight when Iuliano took over as president in July.

Editor’s Note: This article was edited at 5:39 p.m. on Saturday, Feb. 1 to add information from the college on how Davenport’s appointment to President’s Council will affect to whom he reports as well as to reflect that his departure from Gettysburg lasted two months, not three.