Collegiate Climbers Compete in Annual Battle at the ‘Burg Competition 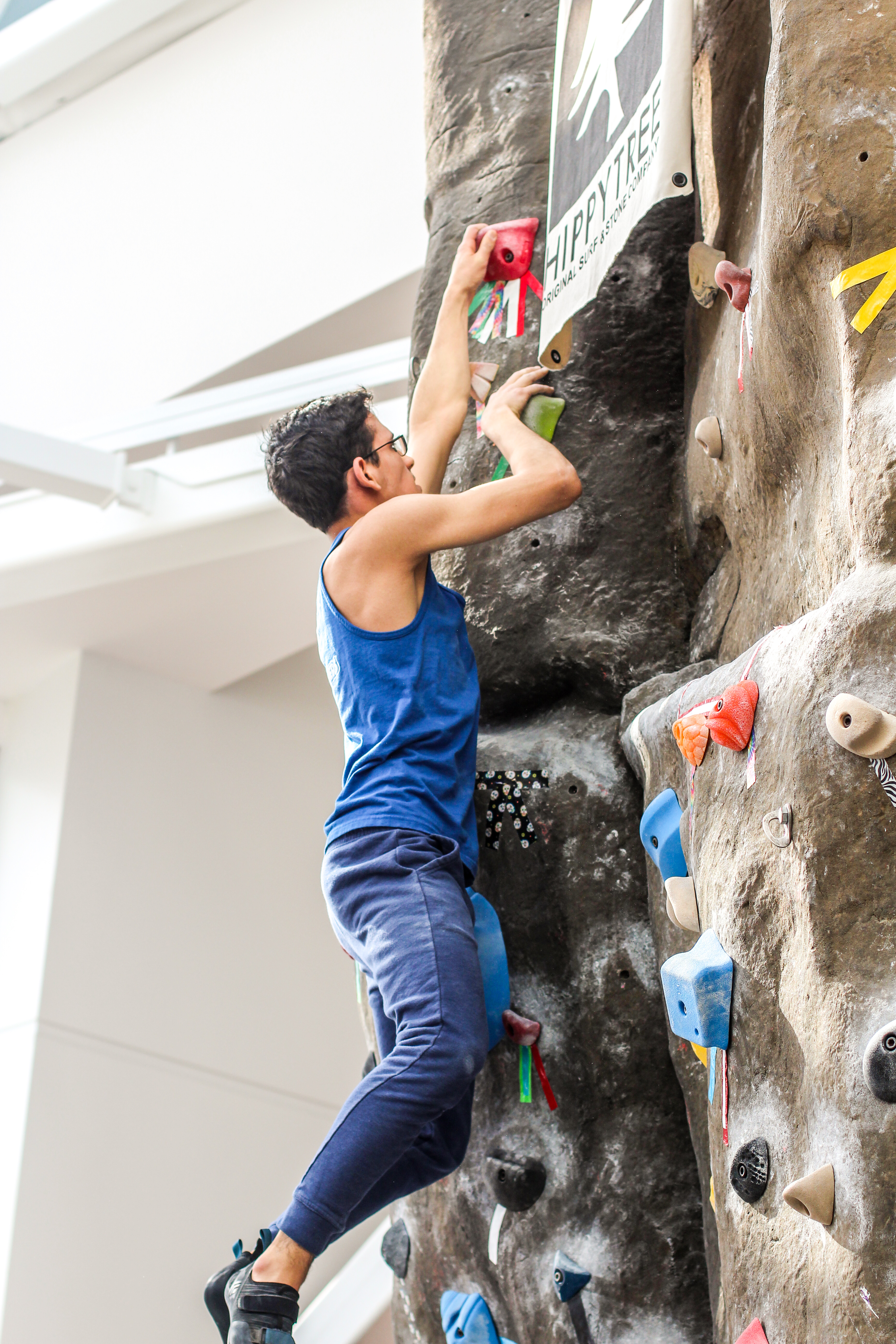 This Saturday, Feb. 8, the Jaeger Center bustled with energy as the annual Battle at the ‘Burg Climbing Competition commenced. As part of the Mid-Atlantic Collegiate Climbing Series, this year’s event had an impressive turnout among students and community members alike.

The competition began early in the morning with a friendly registration period and the climbers excitedly scouting out the routes for potential points gained during the free climb period. This free climb period lasted the majority of the day, which allowed climbers to attempt as many climbs in their skill level bracket as possible in order to rack up points. Then, the competitors that had racked up the most points from throughout the day in each bracket got the chance to compete in the finals. Climbers received points for completing climbs, and extra points if they were able to complete the climb on their first attempt without falling.

The finals included two climbs that were kept secret until the round began. Two competitors, one male and one female from each skill level bracket, got the opportunity to attempt to get as far as possible on each of these two climbs. One climb was held on the bouldering wall, while the other was on the full sized wall. After a pizza break, students and community members, both competitors and spectators, gathered to support those competing in the final two climbs. Upbeat music pulsed loudly through the gym as each climber took their best shot at the routes and everyone cheered them on with words of encouragement.

Wilson Schultz ‘23, a seasoned climber himself and new member of the Den staff, spoke about what it meant for him to work the competition and experience it for the first time: “It was very interesting to see it from a different perspective as well as be apart of this long standing tradition!”

As a member of the Den staff, Schultz had the opportunity to set and create his own climbs that were then part of the competition, and he enjoyed watching each competitor as they attempted the challenging climbs he created.

Schultz also described the unique experience of finals, “Finals were incredibly exciting and watching the finalists compete and try the problems in different ways is always an interesting process.”

Cameron Jury '23 writes for the news section of The Gettysburgian.