Abracadaver, with Screenplay by Rhett, Airs on Hallmark Channel 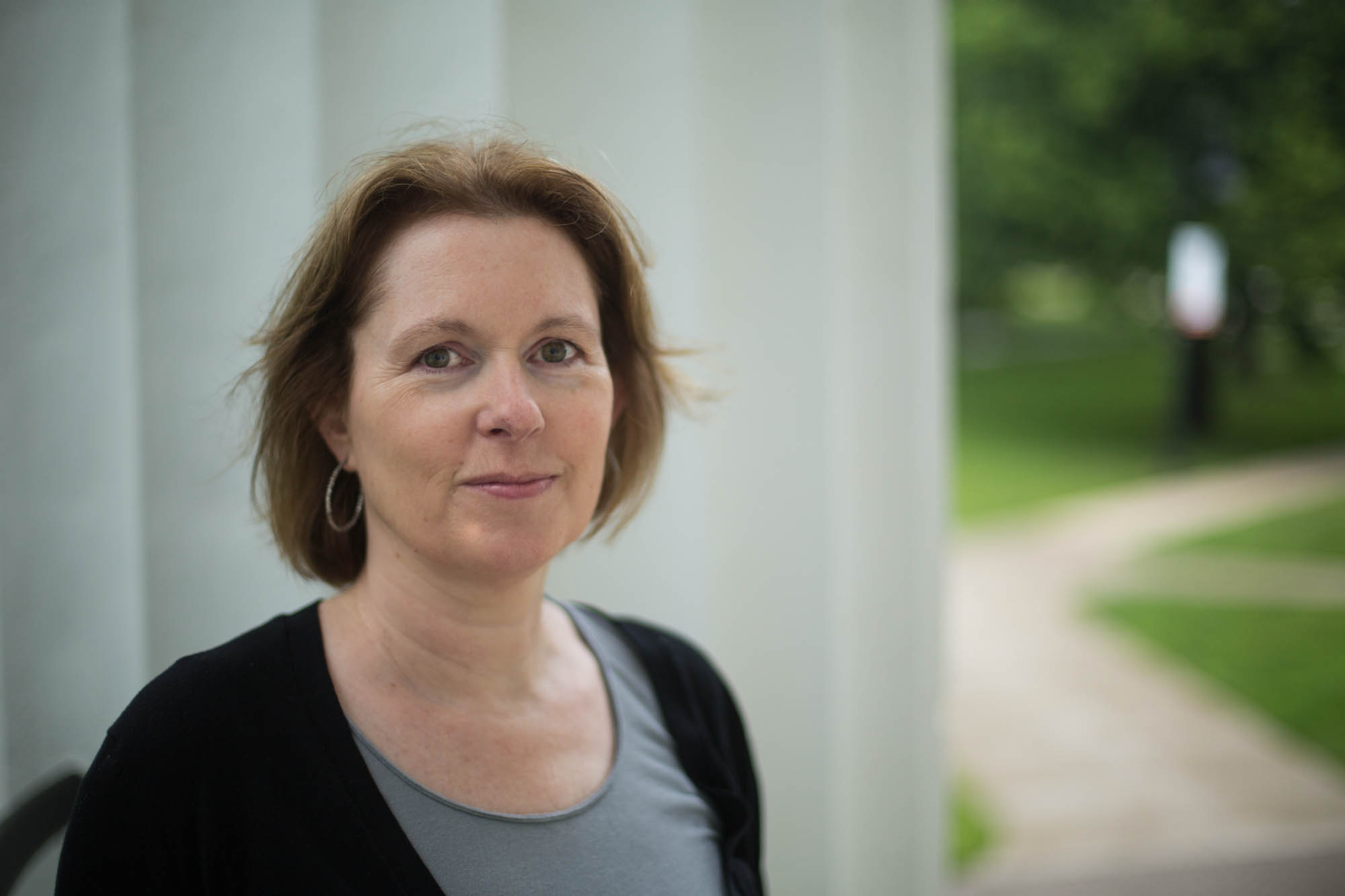 What happens when a plucky crossword writer becomes involved in a magic murder mystery? In Crossword Mysteries: Abracadaver, the third film in the Crossword Mystery series, Tess Harper finds she has a real puzzle on her hands. The movie, with screenplay written by Professor and Chair of the English Department Kathryn Rhett, along with her sister, Cecily Rhett, premiered on the Hallmark Channel in January.

While the Hallmark Network, to many, is synonymous with overly sentimental Christmas movies and small town romance, Abracadaver is propelled by mystery. By coincidence, Tess and her friend, N.Y.P.D. detective Logan O’Connor, witness the mysterious on-stage death of a magician by the name of Alistair, seemingly the result of a dangerous trick gone wrong at the Magic Manor. The investigation begins immediately on the scene, and suspects rapidly emerge, including Alistair’s beautiful assistant Bianca, an aspiring headliner herself.

Although Logan warns Tess not to get involved in police business, she is determined to get to the bottom of it. The pair, driven by their intuition, work together to solve the crime. Ultimately, their original suspicions unravel and they discover a sleight of hand they never expected.

When plotting out the mystery, according to Rhett, she and her sister underwent a process not unlike a writing workshop here at Gettysburg: writing out the “mystery beats,” or the events that would occur, then revising them in response to feedback. In order to orchestrate surprise at the movie’s twists and turns, Rhett explained, “We plotted out the entire movie before we started writing, and then we tracked who knew what at every turn, dropping the clues along the way. It was important to have red herrings—people who seemed guilty but weren’t—and make them plausible characters. And it was important that everyone had a motive that made sense.”

They also had to take into consideration the unique demands of writing for television. “The script was structured into nine acts—each act occurs between commercial breaks, and they each have to be roughly a certain number of pages long,” said Rhett, who also has published poetry and creative nonfiction. “The end of an act is called an act-out, and it has to be special enough that the viewer will stay tuned through the commercial.” As a result, the movie hinges on moments of suspense.

With respect to the particular challenges of writing for the well-known television network, “For Hallmark,” Rhett explained, “as with any brand, there’s a certain culture that you have to align with.”

Though there were some constraints—“Violence was limited. There wouldn’t be any sex. We set a scene in a ladies lounge (sconces, velvet chaise lounge) but no matter how tasteful the bathroom, that was a no-go”—the overarching formula was a universal one: “The mystery has to be solved in the end, of course.”

On writing with her sister, Rhett found the collaboration to be thoroughly rewarding, both logistically—living on opposite coasts, the two were able to work on the drafts in tandem—and creatively.

“Being sisters, we communicate efficiently, almost in shorthand, and completely respect each other’s point of view,” Rhett said. “Mostly it’s super helpful to have two brains working, and to be able to risk sharing ideas that seem possibly awful—something usually comes of them. We’ve worked on several projects together, and as sisters who live on opposite coasts, I think it’s a great way to stay close—I hope we’re always working on something.”

Rhett enjoyed watching the movie take shape from the screenplay she and her sister had written, in all of the ways it fulfilled and adapted their vision.

“It was incredibly exciting to watch the dailies and hear people saying lines that we wrote,” she said.

To any aspiring screenwriters, Rhett suggests that there is no shortage of opportunity, and offers up a few pieces of advice: “Watch movies and read their scripts to get a feel for the text as one element of the whole project. Get screenplay-writing software so the formatting is easy, and start writing.”