Home » A&E » Review: ‘Who Are You in Gettysburg’ Speaks to Real Problems in our Community

Review: ‘Who Are You in Gettysburg’ Speaks to Real Problems in our Community 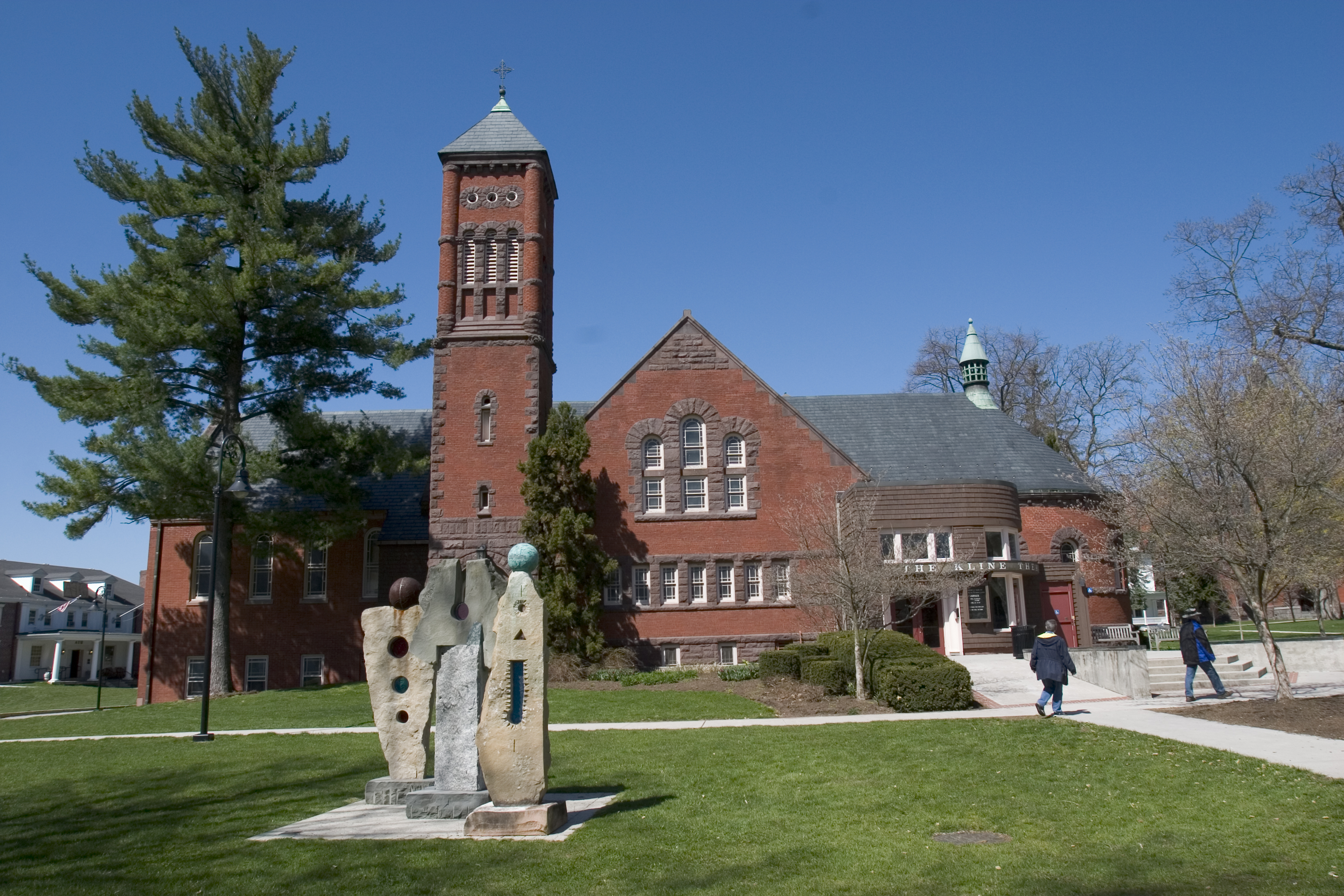 Gettysburg College is a community made up of people who are unafraid to share their opinions and life stories whenever the opportunity may arise. “Who Are You in Gettysburg” was an excellent opportunity for the voices of minority students at Gettysburg to be heard loud and clear, and boy were their stories ones that needed to be told. The show took place on Nov. 15 at 6:30 pm and was directed by Britney Brunache class of ‘22, and featured short plays written by Lillian Cadet, Tyra Riedemonn, Lexus Davis, Giselle Flores, and Ali Lauro, as well as two plays written by authors who chose to remain anonymous. The actors were Jessica St. Louis, Ray Wiseley, Tyra Riedemonn, Alma Contreras, Ashley J. Carvajal, Diego Joseph, and Niko Chen. Each mini play addressed real issues that happened to real Gettysburg College students, many of which were incredibly difficult to hear about. Brunache gave a short trigger warning before the show began, encouraging audience members that it was okay for them to quietly exit if they needed to “take care of themselves.” I initially found this warning kind and curiosity inducing; after the show was over, I understood why this pre-show message was necessary. Most of the plays dealt with issues regarding rape culture, racial slurs, usage of derogatory language by students, and mental health issues.

The show opened with a piece called “Crumbling the ‘Oreo’ Cookie” by Lillian Cadet, a story of racial struggle upon coming to Gettysburg detailing how, as a black student at a mostly white school, total acceptance by any one social group is ever elusive. St. Louis played the role with heart and soul. There was a line in the play about “the black kids thinking you’re too white, and the white kids thinking you’re too black,” something I personally had never stopped to consider before. I cannot imagine what it must feel like to racially struggle to find a place that feels like home. I have a great respect for students that struggle with race-related issues every day, and that has doubled since watching “Crumbling the ‘Oreo’ Cookie”.

Following Cadet’s piece was “Frats and F*****s” by one of the anonymous writers. This is the story of a queer, flamboyant individual who was at a fraternity party and watched a brother of that institution grab a microphone and scream f****t into it at one of his brothers. The part of the individual who witnessed the scene was played by Ray Wiseley, who brought so much heart to the piece, it was almost impossible to believe that they were not the writer of the piece. This piece reminded me of the phrase “drunk actions are sober thoughts.” There is still homophobia on our campus. No student should ever have to feel that someone is using a word that they use to define themselves as a slur, and no student should feel unsafe in a fraternity or anywhere else on this campus because of their identity. This short play led me to reflect on how I, as an ally, can be better in keeping my friends and classmates safe and continue the struggle for equality. Change starts with every one of us being mindful of our words and actions and how they may affect others.

Following this difficult piece was in an even harder one. It was called “To the Boy Who Dressed up as a Jehovah’s Witness for Halloween”, and was both written and performed by Tyra Riedemonn. In the piece, Riedemonn, a Jehovah’s Witness herself, was horrified to run into a student on campus this year who dressed up as her religion and thought that it was “funny.” Riedemonn went into depth about how her devout religious mom raised her and her siblings to be proud of who they are and what they celebrate. I was absolutely infuriated to the point of tears by the time that the scene was over. No one deserves to have their religion be the butt of someone else’s Halloween costume. I will say it again and again until it never happens again on this campus: It. Is. Not. Okay. To. Dress. Up. As. Someone. Else’s. Religion. Or. Culture. It was obvious that this moment was heartbreaking for Riedemonn, and I applaud her bravery in speaking out about this incident so openly. If more people told their stories, perhaps more students would understand why this type of behavior is absolutely not acceptable.

Next was “Overworked. Underpaid.” written by Lexus Davis and played by Alma Contreras. It is the story of the stress that all students, but minority students in particular, struggle through here at Gettysburg. Students are expected to work full hours, complete all their work, and still keep a balanced social life. In the play, the math of hours in a day and hours spent working and studying are factored together to prove that mathematically, minority students who work two jobs only have about two “unscheduled” hours per week, which is not enough for a human being to be mentally and physically successful. Contreras did an excellent job asserting the facts and proving to the audience that Gettysburg students are, well, overworked and underpaid. All throughout the piece, as Contreras delivered the hard facts, there were mutters of shock and surprise throughout the audience. No one realizes how difficult it is to be a Gettysburg student, not even the Gettysburg students themselves.

Next was “No One Like Me” by Giselle Flores and performed by Ashley J. Carvajal Arteaga. This piece followed what it is like to be a student of Hispanic descent at Gettysburg College. Like some of the others, she explained what it is like to be a student stuck between two social groups, struggling to get along with both Hispanic and white students, where acceptance of any kind may be difficult to find, and full acceptance seems virtually impossible. Arteaga did a great job of bringing these struggles to life for an audience of people who may have never felt the same hardships.

As a woman, “Bystander Behavior in His F*****g House” written anonymously and performed by Diego Joseph hit home. It is the story of a fraternity brother taking a very drunk girl upstairs, supposedly in an attempt to have sex with her when she was clearly in no state to consent. The narrator saw this incident happen and encouraged his female friends to help him keep it from happening. The almost-rapist becomes angered that his attempt was foiled, and the narrator and his friends are almost thrown out of the fraternity for preventing something potentially horrible from happening. I find this so horrifying because I personally have seen this type of situation happen many, many times, so it is sickening to know that I am not the only one who has observed this type of behavior before. In this last month, there have been three our four rapes on the record here at Gettysburg. That number should be zero. We have a problem here on campus, and our institution refuses to put a foot down to prevent it from happening again and again. The worst that a rapist here gets is a slap on the wrist, when their time at Gettysburg should be terminated. Joseph did an excellent job of playing the concerned freshman, the one who thankfully knew enough to try to put a stop to what was about to happen.

The final piece was “Lifting a weight Off My Shoulders” written by Ali Lauro and performed by Niko Chen. Unlike the other pieces, this was an uplifting one about how a woman here at Gettysburg gained physical and mental self confidence by teaching herself how to lift weights in the gym and her struggles and triumphs with beating “gymtimidation.” Although the weights area in the school gym is typically a place where only male athletes and workout junkies can be found, these were the words of a woman who found strength and power from within herself by lifting weights. Chen did an excellent job of playing the initially nervous but eventually confident weight-lifting heroine.

Although the full show was less than an hour, I learned a lot about the lives of Gettysburg students with whom I am not familiar. I laughed, I cried some, and I recommitted myself to being an ally and friend to everyone. This show was also an excellent reminder to be mindful of my words and actions, and to help police the words and actions of my friends and others around me. If everyone puts in effort, we can make Gettysburg a safe and inclusive place for everyone.