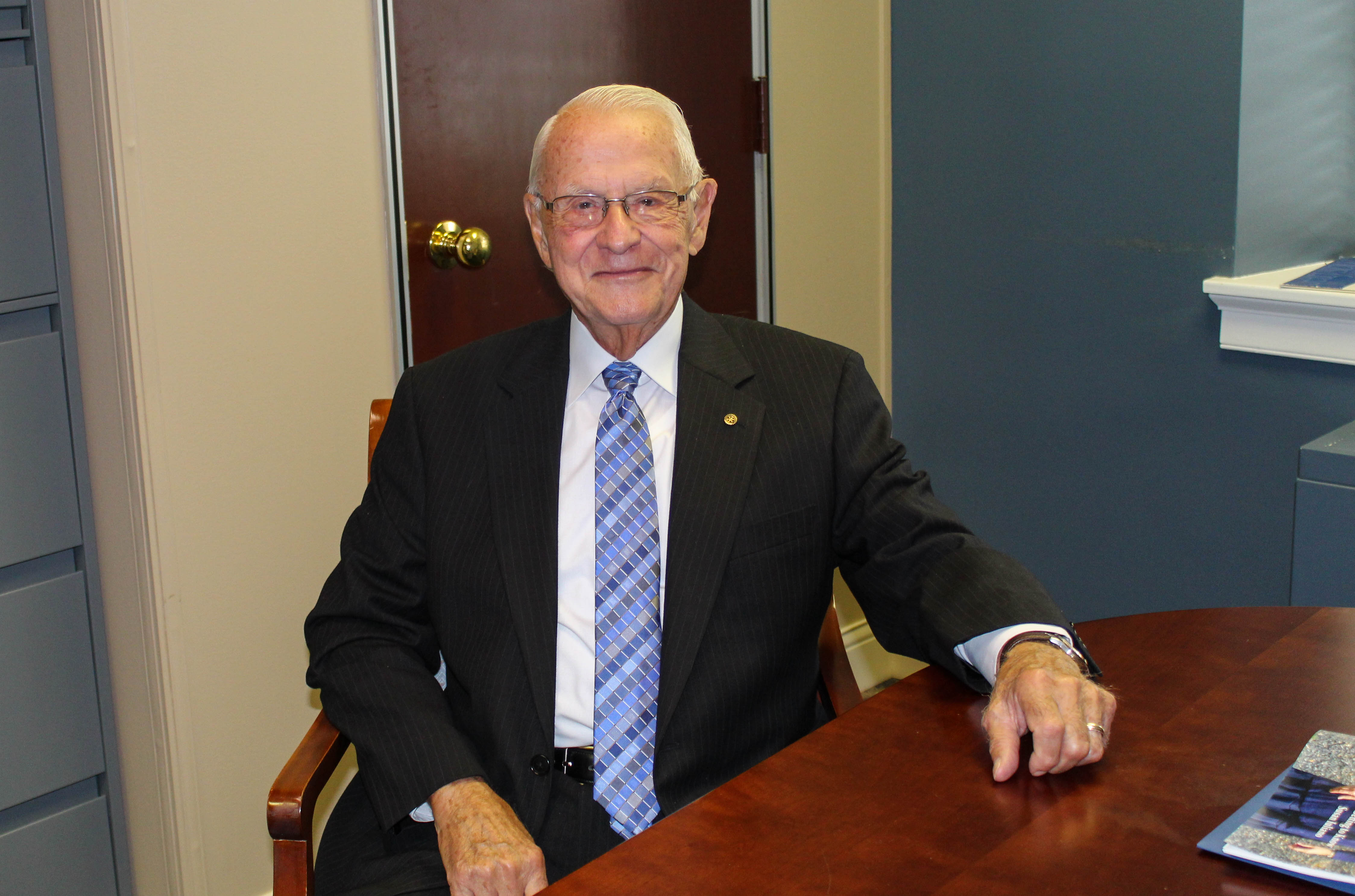 Charles Glassick had known for several years that he wanted to be a college president. In 1977, the 46-year-old Provost at the University of Richmond turned down other college presidencies as he held out hope that Gettysburg College, which was close to his hometown of Wrightsville in York County, Pennsylvania, would come through. It did.

Glassick began his 12-year presidency in the fall of that year. In an interview held Saturday morning, the inauguration day of the college’s 15th president, Robert Iuliano, the 88-year-old Glassick called his time at Gettysburg “a high point of my life and one of the best times of my life.”

The external circumstances that Glassick faced upon taking office were not altogether different from those that Iuliano does. Glassick faced an impending decline in the anticipated number of students who would be attending college, a situation for which Gettysburg is currently preparing.

(And, for what it’s worth, Glassick endorsed the idea of a business major to be responsive to what students want to study. “That would help, business is popular. There’s always that question about whether liberal arts is relevant for me to spend all this money,” he said.)

In his case, the response to the impending demographic cliff was to bolster the technology and resources deployed in the Admissions Office, and, ultimately, Gettysburg’s enrollment actually increased through Glassick’s presidency.

But Glassick inherited a starkly different college than Iuliano does, which led Glassick to suggest that the college’s 15th president “might not have as much to do as I did,” before adding, “I’m sure, if I were coming in, I would see so much to do.”

Gettysburg College in 1977 was, according to Professor of History Michael Birkner’s 2002 pamphlet on the Glassick presidency, “a college in need of a fresh vision and dynamic leadership.”

Glassick succeeded Carl Arnold Hanson, whose 16 years in office included the era of student protests around the Vietnam War. Hanson, Birkner wrote, “was uncomfortable glad handing or fund-raising” but was “thoughtful and dignified” and “well respected by the faculty and his peers among college presidents.”

When Glassick took office, Gettysburg’s endowment was barely $4 million, which lagged far behind the college’s aspirant and peer institutions. At the same time, the faculty was evaluated on teaching, governance, and collegiality, not on scholarship.

Glassick viewed enhancing the college’s national profile through getting students and faculty “more intellectually involved in the process of education” and raising money as his two main priorities.

Particularly the former, Glassick noted, was “quite controversial.”

(After he retired from Gettysburg, Glassick wrote a book entitled Scholarship Assessed: Evaluation of the Professoriate that, he said, was a capstone to his career-long focus on intellectual activity from both students and professors.)

Both raising money and enhancing the intellectual profile of the college were efforts in support of what Glassick called his animating principle.

“I wanted Gettysburg College to be the kind of institution that was recognized nationally as a fine place to get an education,” he said. “I wanted the recognition of the college to improve because the college was improved. One of the components of that was to inculcate more intellectualism on campus in the learning process, and the other is to have more money to do more things.”

In that context, Glassick remains unapologetic about his “unabashed” desire to raise the standards and, thus, the prestige of the college.

“I wanted to be among the elite liberal arts institutions in the United States,” he said.

That ambition, Glassick said, was necessarily coupled with patience. It was not until after his presidency, for example, that he believes the full effect of those efforts to invigorate the campus’s intellectual climate came to fruition.

“I was president for 10 years before I started to see the effects, but I don’t really see the effects for another 20 after I left,” he said. “But now I think I do see the effects. I see a faculty that is intellectually engaged with the students.”

Given the time he spent raising money and reshaping the faculty, Glassick said that he “must admit” that student life was not a priority.

However, he said he sought to cultivate a welcoming environment with students and frequently met with student leaders to ensure that they felt heard by the president of their college.

“We made a point of entertaining at the house and trying to be close to student leaders and those who had won prizes and honors,” he said. “I don’t mean to pretend I got to know them in depth, but they felt good about being there and I felt good about them being there.”

One occasion on which student life did come to the front burner came when Dr. Ken Mott, then a Professor of Political Science, made national headlines when he presented — and convinced the faculty to pass — a resolution calling for the end of Greek Life at Gettysburg College.

According to the New York Times, “Dr. Mott presented a motion to the faculty that recommended eliminating the Greek way because it led to the ‘systematic undermining and devaluation of individuality and independence of spirit,’ because it was sexist and because it was based on rules and activities that ‘demean and/or interfere with intellectual and academic pursuits.'”

“I have seen this thing building for 20 years. Finally I decided I was not going to sit around and wait to attend the funeral of one of my students,” Mott said.

In response, Glassick, who had been a fraternity member during his undergraduate career at Franklin & Marshall, convened a committee that ultimately recommended some incremental reforms, but not the wholesale abolition that Mott proposed.

Nevertheless, Glassick conceded, “The fraternities were a thorn in my side … Just generally speaking, while I had a lot of trouble with the fraternities, it wasn’t enough that I wanted to wipe them out.”

“I also knew the depth to which that was a part of student life and particularly a part of the memory of the graduates and the alumni,” Glassick added. “Their idea of an affiliation with Gettysburg College was an often an idea with a fraternity rather than with the college. That was important to keep the alumni supportive of the institution.”

Ultimately, Glassick was able to win the support of many alumni as well as foundations and other friends of the college, and, by the time he left the presidency, the endowment exceeded $35 million.

Asked to reflect on the big picture of his presidency, Glassick opened by asserting that, on the whole, he feels good about his time in office but that, if Saturday were his inauguration day, he would focus on pushing more student activities to get students more involved intellectually outside of the classroom.

As for advice to the man who will be installed Saturday afternoon, Glassick began with some musings on leadership before making the observation that “of course, he knows all those things, he doesn’t need me to tell him those things.”

After a pause, though, he did have another piece of advice.

“In changing colleges, the word ‘incrementalism’ is an important word,” he said. “You have to bring a lot of people with you.”