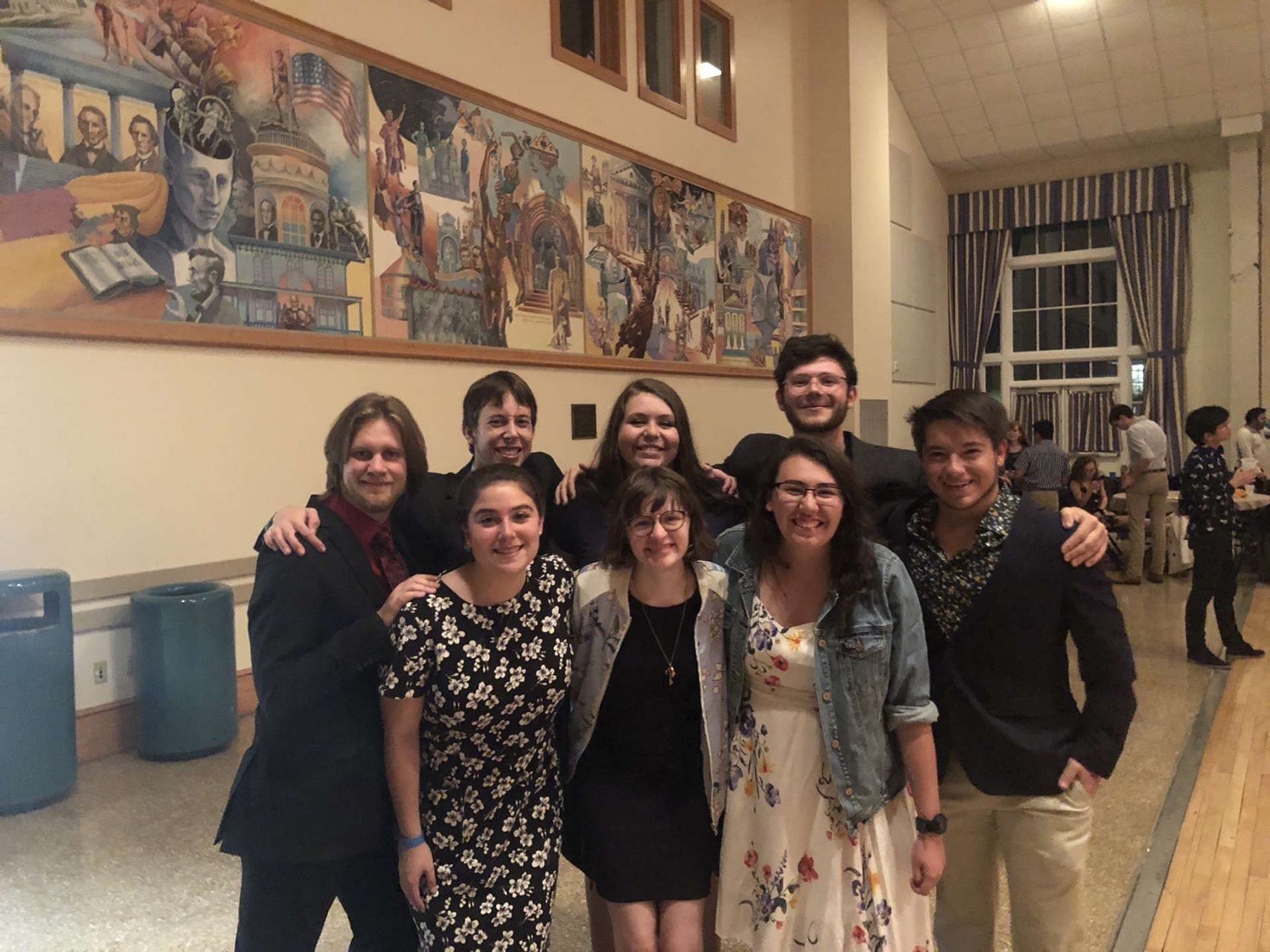 On Friday, Nov. 15, the 16th Annual Swingin’ in the Ballroom took place in the CUB Ballroom. This highly-anticipated event sponsored by The Jazz Appreciation Society began with swing dance lessons with members of the Swing! Club.

Dancers filled the center of the room framed by well-dressed tables. This was a host provider event with plenty of snacks, including pretzels and mini cupcakes (which were recommended to to be consumed in one bite for those wearing lipstick).

For the first half of the event, dances were accompanied by the beloved Buzz Jones Big Band. Attendees were particularly impressed by the talented soloists and the jazz vocalist. Skirts twirled and feet jived along to the band’s lively variety of tunes, including the classic number, “Hooked on Swing,” and the theme from Pink Panther.

The polka brought about a whirlwind of couples who pranced around the perimeter of the dance floor, but for those less coordinated, it welcomed a snack break.

At midnight, the music transitioned to student-run pop playlists. High heels were swapped out for Keds and flats, sleeves were rolled up, and the swing dancers became hip hoppers.

Isabel Fritz ‘21, President of Swing! Club, was very pleased with the event.

“Swing dance is one of the events that Swing! Club looks forward to the most and we get new people in the weeks leading up to it who are excited to learn,” she said. “As much fun as it is during meetings, it’s even more fun to do the moves we learned freestyle against an actual big band playing the music we learn to.”

Abigail Richard ‘21 attended Swingin’ in the Ballroom and was particularly excited about the Buzz Jones Big Band.

“The big band is what makes the Swing Dance,” she said. “Without Buzz Jones, there wouldn’t be the magic and atmosphere of the dance, what sets it apart from any other event on campus.”

The Swing! Club meets every Wednesday at 9:30 p.m. in Plank Gym for those interested in learning how to swing dance or want to hone their skills ahead of next semester’s Snowball Dance.

Swing! Club is also asking for signatures on a petition to ensure that the Buzz Jones Big Band will be invited back to perform at Snowball, as they have for the past several years.  This year, the Campus Activities Board is planning on hosting the event without the big band, and several students are petitioning to change this.