Postcard from Abroad: A Love Letter to Traveling Alone 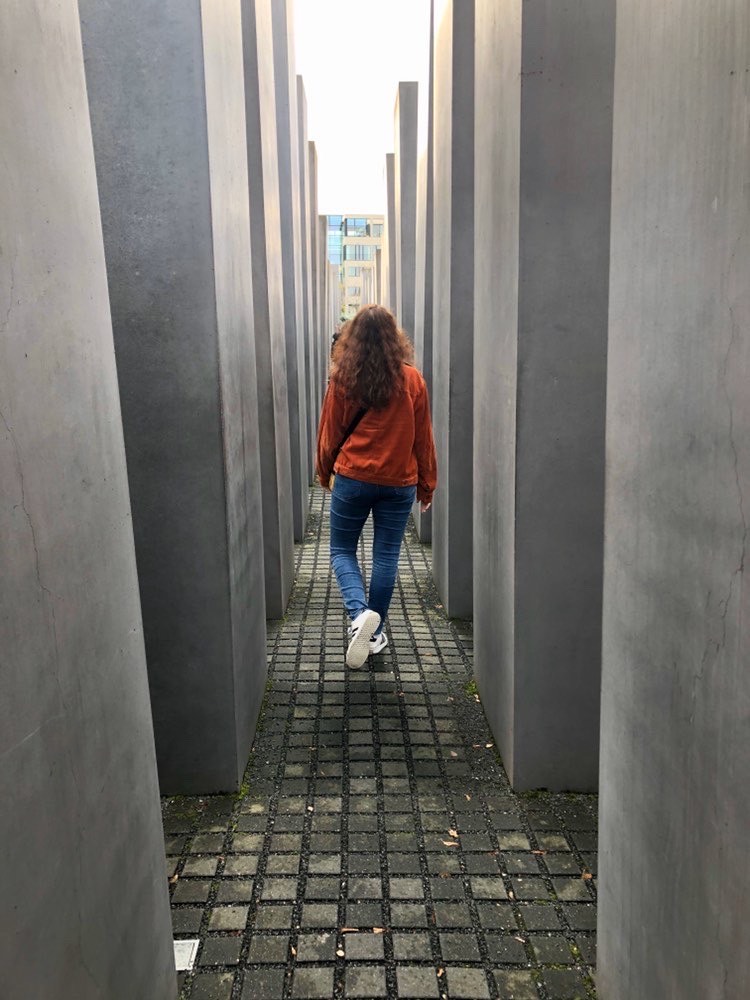 MADRID — For the longest time, I had convinced myself that being alone would make no difference in my travel experiences. I love the feeling of being somewhere new, so why would being on my own make a difference? While abroad, my friends and I had taken every opportunity possible to explore our new continent. So, a month into my semester, my confidence in my travelling abilities could not have been higher. I was ready to take on a new challenge.

Having found no one willing to shell out any more euros for a flight, I impulsively booked myself a ticket to my dream city, Berlin. I could not stop smiling the next day – I was proud of myself for taking on this adventure. However, as the month leading up to my solo journey turned into weeks and then days, I started to fill with doubt. How would I keep myself entertained all alone? Would museums be as much fun without another person? What about all the pictures I would inevitably want to take?

Two days before my trip, my fears only worsened. My cellphone had been malfunctioning; without WiFi, my phone had no service and was about as useful as a shiny brick. I knew that in Berlin, if I could not access WiFi, then not only would I be without navigational capabilities, but I would also be truly alone, isolated from everyone I knew in a city that was as foreign to me as the language. But, as scared as I was, there was no going back. Early Friday morning, before the crack of dawn, I headed to the airport – my backpack full of clothes and my mind full of nerves.

The trip should have been a failure. I had no phone service, I was completely alone, and the weather was predicted to be cold, dreary, and wet. But, I refused to let any of that keep me from having the travel experience I wanted. So, I prepared the hell out of the trip.
It was no easy task, but I was able to flag every single location I wanted to see and map out the distance from each, even taking into account the German train and metro directions. My itinerary was flawless; with it, I was going into a new city slightly less blind. But, as you may be thinking, it’s rarely fun to follow a strict itinerary. So, I also made sure to allow myself time to get lost in the city every now and then, following a side road I hadn’t prepared for or getting off of the metro one stop earlier. I wanted to visit the must-see tourist spots, but I also wanted to see Berlin.

During the first day, when all the streets are visible and people are far less scary, everything went as planned. And I enjoyed my time. However, I still felt somewhat lonely. It was difficult to adjust to the solitude that inevitably comes with traveling alone. As soon as the sun set, the loneliness worsened and my anxiety got the best of me—everything became ten times more difficult. I was too scared to explore and just wanted to go back to my hostel, which ended up being much more of a challenge than I had anticipated. I got on a bus, and two stops into my trip, I realized it was headed in the wrong direction. To make matters worse, this was the point in my trip when the rain began. Eventually, I decided enough was enough. 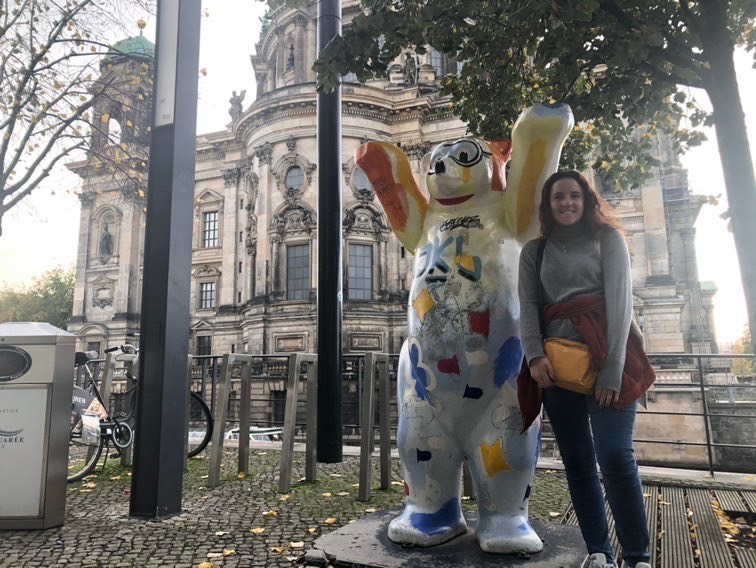 I was able to steal WiFi from a nearby café and got an Uber back to my hostel—I had given up. I was disappointed in myself and the city I was supposed to love. My dream city had become a nightmare.

Once in the hostel, I had total access to my beloved WiFi, and all I really did was use it to complain. And even though I finally had the capability of communicating with my friends and family, I felt more alone than ever. I felt helpless and figured my whole trip was going to be ruined because of my stupid phone (an exact quote from me to my mom).

The second day, I was less than excited to head out into the city again. My confidence was trashed, and the only thing I had gained from the previous day was an intense fear of the Berlin bus system. After an hour of struggling through the metro and the city streets, I finally found the first location I had chosen for the day: an abandoned watchtower with a view perfect for sunrise.

Unfortunately, I missed the sunrise because of my metro challenges, but it didn’t matter – it was still a beautiful view that I was able to find all on my own. I felt my confidence return. The feeling I experienced standing at the top of that tower looking out over the city negated the stress and anxiety that I had felt waking up that morning. My navigational success allowed me to feel ready to tackle the rest of what I had planned for the day.

My successes continued from location to location, and I was able to see everything and more. I found each monument, museum, and café on my list, no matter how obscure. Finally, I was able to enjoy my trip and my time alone. Only my music and my thoughts kept me company, and I wouldn’t have had it any other way. I also found that the solitude was exactly what I needed when facing the more emotionally draining locations, such as the Holocaust memorial and Bebelplatz, the location of the infamous book burning conducted by the Nazis in the 1930s.

As I became more comfortable with the city, the metro system, and myself, my curiosity was finally able to thrive. Rarely did I feel the urge to message a friend about what I saw, or post about it on social media. I wanted to wholly experience every moment of my solo adventure. I was able to take in all the city has to offer and do everything I wanted without having to negotiate the trip details with anyone. And no matter how clear my photos are or descriptive my explanation of my trip is, no one else in the world will ever be able to understand how truly at peace I felt my second day in Berlin.

Looking back now, the difference between my first day and my second day was my attitude. Not everything had gone perfectly the second day, but the way I responded was much more positive. And I took advantage of my alone time, rather than feeling debilitated by it.

Now, my post-Berlin self can’t imagine experiencing the world any other way. While visiting a new place with friends is extremely enjoyable, traveling alone adds an element of adventure and mindfulness to the experience. I learned so much about a beautiful new city, and about myself as well. This trip helped teach me how to be alone without feeling lonely, and I am going to take every opportunity possible to enjoy my newfound skill.