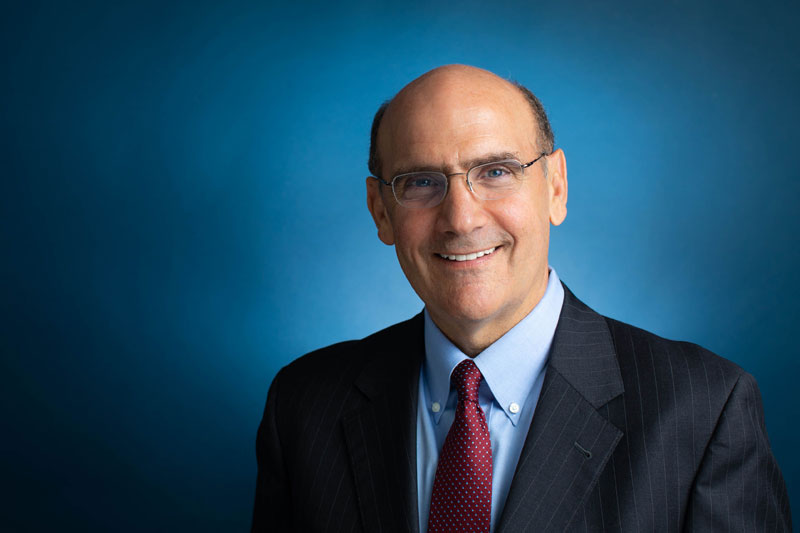 Gettysburg College released the first episode of the podcast Conversations Beneath the Cupola on Oct. 30, with host President Bob Iuliano. The episode featured a conversation between President Iuliano and Lawrence Bacow, the 29th President of Harvard University, about the status of the liberal arts education and its future.

The show was formatted like an interview, with Iuliano asking questions of Bacow. It opened with a discussion of some of the most significant changes in higher education recently.

“I probably think the biggest change has been the way in which the public views higher education these days,” Bacow said. “I think that a number of things have happened as the real cost of higher education has increased.”

Public opinion of the liberal arts education has declined in recent years, according to Bacow, due to of the rising cost of college tuition, an increasing perception that colleges are not open to different ideas, especially those that are not on the left end of the spectrum, and a general distrust of the collegiate elite.

“I think at least for some institutions, and I would certainly say that this is true for Harvard, there’s a perception that we perhaps are far more concerned about making ourselves great than we are making the world better,” Bacow said.

Later, Iuliano asked Bacow to elaborate on, “how you might think about addressing that concern prospectively, and more generally how you think about the cost of higher education?”

Bacow established his thesis on the principle of three major constituencies comprising a college community: students, faculty, and alumni (grouping the board of trustees in with this last category).

The problem with lowering costs was that “there’s no natural constituency for cost control,” Bacow said. Essentially, none of the three parts of the college had a particular desire for lower tuition, or at least none of them had a desire that aligned with lower tuition.

According to Bacow, the administration could do—and is doing—what it can to make aspects of the college more efficient, specifically in faculty grading procedures and “curricular entropy,” which is an oversized demand for variety in course selection that teachers may be unable to provide, but the administration ultimately is limited by those three components—students, faculty, and alumni.

They spoke on the importance of the liberal arts to provide a world-class education to an eclectic group of students from all walks of life.

“[Diversity] matters because we learn from our differences,” Bacow said. “Any college would be a very, very dull place if every student who came to the college came from the same place, had the exact same lived life experience and wanted to study the same subject, wanted to pursue the same career.”

The podcast closed with a story from President Iuliano about his attendance at the Hall of Athletic Honors Ceremony. The highlight for him was one of the inductees’ sons who “had such evident pride in his father … with the largest smile you could ever imagine.”

The story demonstrated to him the pride and joy of the Gettysburg community.