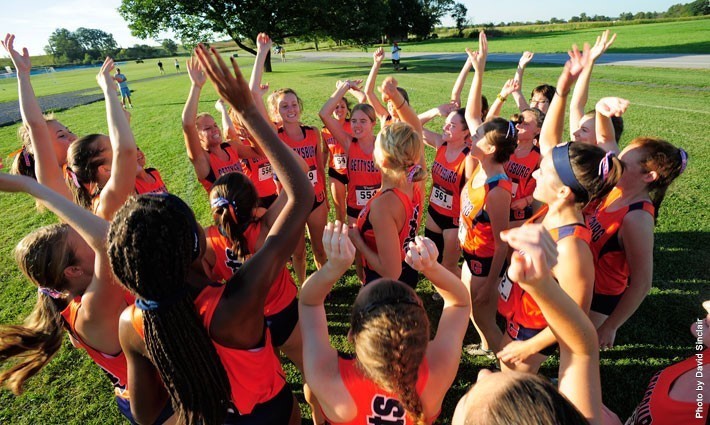 The Gettysburg Women’s Cross Country Team competed in their first Lock Haven Invite on Saturday, Sep. 21. The Bullets finished 27th out of 37th in an event that featured schools from all levels, Division I, II, and III.

Saturday’s race was the largest that Lock Haven had ever hosted. West Virginia, a division I program, was the winner of the event followed by two division II programs in Dave & Elkins and Seton Hill.

The Lock Haven course is longer than the usual 4,000 or 5,000-meter courses the Bullets have run in previous events. The change in distance with an additional 1,000 meters did not stop a lot of Bullets from posting very good times this weekend.

Kathrin O’Brien ‘22 continued her successful season. For the third-straight week O’Brien led Gettysburg by being the first Bullet to cross the finish line, placing 85th out of 403 competitors.

Coming off of a great 5,000 meter time last week at the Little Three Meet, O’Brien set a personal record for the 6,000 meter course by running it in 23:50.2. O’Brien continues to show that she will be a top runner at Gettysburg for the rest of her career.

Another Bullet runner who set a personal record over the weekend was Leah Hill ‘20 who ran the course in 25:44.1. This time gave her 221st in the event.

A good sign for the Bullets’ future is the performance of their first year and sophomore runners, who all did well over the weekend.

The Lock Haven Invite gave the Bullets a rare opportunity to face up with Division I and II programs they will usually not face. Running with these schools allowed the Bullets to challenge themselves and see how they stack up against a lot of talented runners.

“I would say it’s a great learning experience especially for me as a freshman because the larger group of runners gives you more opportunity to pace off others, to push yourself, and to feed off the competitive energy in general. Invitations like this can be intimidating but they push me and our team to be the best they can be,” said First-Year Rachel Nori.

The Bullets will have another opportunity to face some great runners as they compete in the Paul Short Invitational at Lehigh in Bethlehem, PA, on Oct. 5.