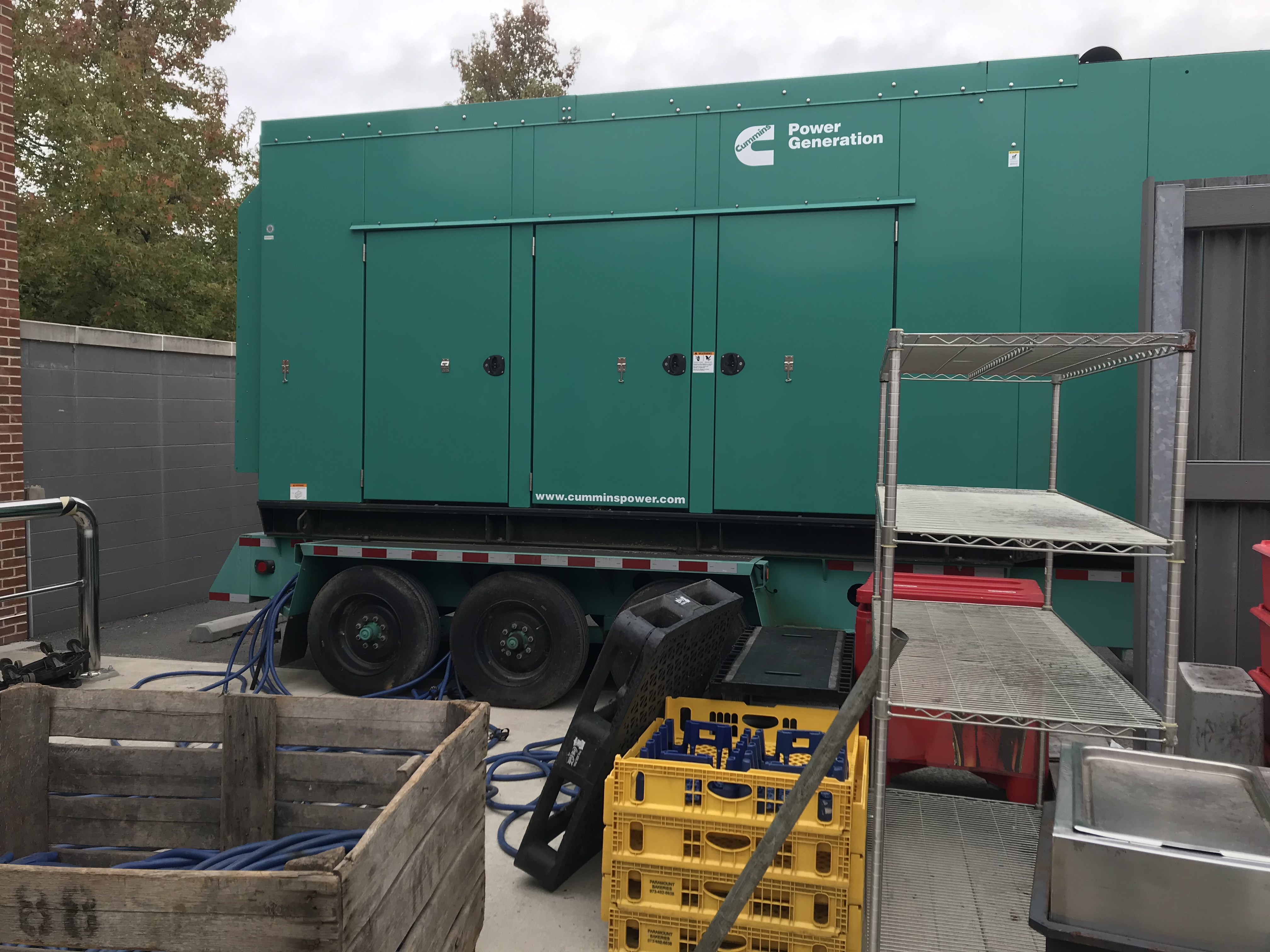 A power outage shut down the campus computing network, led to the cancellation of classes before noon, and created a de facto extra half reading day at Gettysburg College on Wednesday.

The blackout began around 1:00 a.m. and ended in most areas of campus about nine hours later, shortly after 10:00 a.m. Power was fully restored to areas with lingering outages by 1:45 p.m. The campus network — including internet service, email, and the college website — remained offline throughout the early afternoon and was fully operational again by 2:00 p.m. 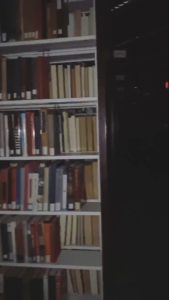 When the lights went out early Wednesday morning in the library, it was quite dark on the upper floors where there is limited emergency lighting (Photo courtesy of Adil Sarwar ’22)

During the outage, only emergency power provided by backup generators was available in most areas of campus. Some students on the upper floors, which have limited emergency lighting, were briefly plunged into darkness in the library before finding their way out with assistance from staff with flashlights.

“It couldn’t have been worse in this deserted ghost town,” Adil Sarwar ’22 said.

Shortly after the power went out, numerous first-years and other campus residents who live on Lincoln Avenue complained that members of the Phi Delta Theta fraternity came out of their house and blasted the siren and announcement from “The Purge,” a franchise of films in which an annual siren signals a 12-hour “purge” indicating that crime — including murder — is legal and emergency services are unavailable as a form of population control. Several students called the Department of Public Safety to complain. While many students recognized the siren and announcement as being part of a fictional event, others expressed fear that — particularly in an age when gun violence on college campuses is not altogether uncommon — there was an active incident. Phi Delta Theta President Nate Carlson ’20 did not immediately respond to a request for comment.

Director of Student Activities & Greek Life Jonathan Allen said Thursday morning, “We became aware of the situation last night and will be following up with the chapter to address any possible violations of law or policy.”

For many students, the greatest fear was in not knowing what was happening.

“It would have been nice to get an immediate text to say why there was a power outage. The lights went pitch black,” said Katherine Schmitz ’23, who was in the library at the time.

Anderson Gray ’23 said that her phone died, so she did not receive any communication even once the college did send out a notification.

“There should be some other form of communication,” she said.

Numerous other alarms sounded across campus creating a cacophony of ringing and dinging as students, unsure of what exactly was transpiring, sought more information. None was forthcoming until a campus-wide alert sent at 1:23 a.m., at least 20 minutes after the initial outage.

Most campus service points such as the library were closed, but the Dining Center, did open on Wednesday morning.

“The Dining Center has its own generator whenever there’s a power outage on campus,” Dining Services Director Gary Brautigam said. “Facilities pulls the generator over because we have a lot of perishable foods and it’s the main place students go for food, other than the Bullet Hole. That doesn’t have a generator that can power that building.”

College spokesperson Carina Sitkus said that “a pole mounted transformer failure near campus” caused the outage. Met-Ed, the college’s utility provider, searched for the cause for several hours before identifying the transformer that failed. Power was also out throughout much of Gettysburg Borough throughout the night and into the morning. Beyond the identification of a transformer failure, Sitkus said the college was “unable to attribute it to anything specific.” A spokesperson for Met-Ed did not immediately respond to a request for comment, but a college source familiar with the situation who was not authorized to speak on the record said that switches downtown and at the college were erroneously flipped in such a way that led to an outage. Sitkus could not confirm that report.

This was the second outage affecting campus in the past two months. A two-hour blackout caused by a squirrel ground campus to a halt during Orientation in August. During that outage, the Department of Public Safety’s phone lines were out of commission, a problem the college pledged to rectify. Those phone lines remained operational throughout Thursday’s outage, Sitkus confirmed.

As for the college’s future relationship with Met-Ed given the spate of power outages over the past several years, Sitkus said that there are not really any other viable options.

Not everyone had a negative outlook on the power outages, though.

“As much as this hurts the name and integrity of Gettysburg, I didn’t mind,” said Borna Ganji ’23. “I kind of liked the darkness.”

Editor’s Note: This article was updated at 10:26 a.m. Thursday morning with a quote from Allen. (-B. Pontz)