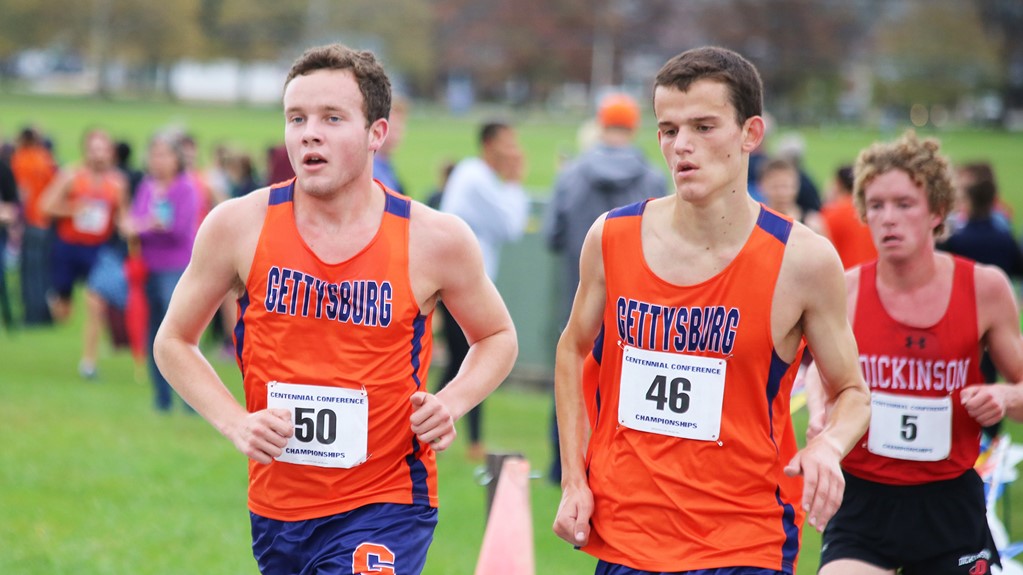 The Gettysburg College Men’s Cross-Country Team had a very successful weekend as they placed third out of 28 teams at the 31st annual running of the Gettysburg Invitational on Saturday afternoon.

Senior Sam Sheldon improved his time by two whole minutes as he finished the 8,000 meter course in 26:08. He’d go on to finish sixth out of 236. Junior Dylan McKeever finished ninth overall with a time of 26:22.4, which is also an improvement from his time at the same event last year.

The last time the Bullets finished as well as third was in 2009, when they also finished third. They finished as the best Division III school in a race with schools from Division I, II, and III.

The Bullets Women’s Cross Country Team also put on an inspiring performance at this weekend’s annual Gettysburg Invitational as they finished 10th out of 26 teams.

Sophomore Kathrin O’Brien continued her impressive form as she finished 36th out of 259 runners with a time of 24:30, which is almost two minutes better than her time last year. Sophomore Amy Cantrell and senior Leah Hill finished 43rd and 75th respectively, with times of 24:58.6 and 25:48.1.

Gettysburg will compete in their final non-championship meeting of the season on Friday at the Lebanon Valley Invitational.